Home Argentine Music Peteco Carabajal, the santiagueño who arrives in the world with his echo

Peteco Carabajal, the santiagueño who arrives in the world with his echo

On this special day, we celebrate the existence of Peteco Carabajal. An icon of Argentine folklore and an exceptional human being. In this note we review his life, play and sing because on his birthday... We have to celebrate! 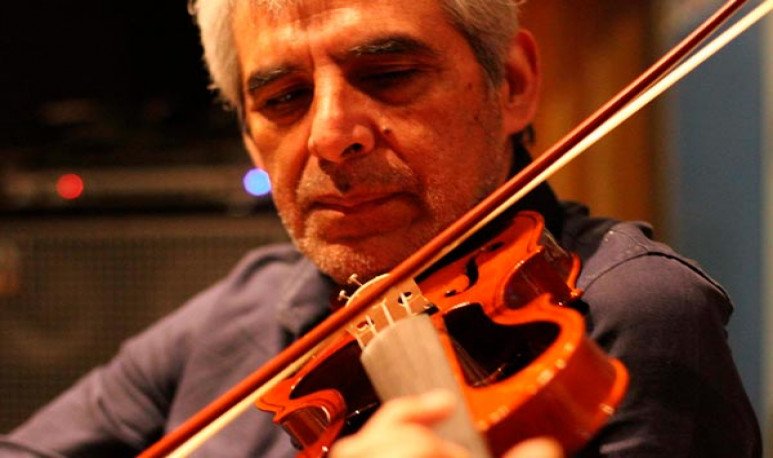 Carlos Oscar Carabajal Correa  is the son of Zita Correa and Carlos Carabajal, the Father of la Chacarera.  His genes were already marked with musical heritage.  And, as if his destiny  had been written  and linked since its inception with the revolution,  Peteco was born on May 25.   Honoring that date,  he revolutionized the stages with his singing and reached thousands of Argentines.   This santiagueño was born in 1956 in the town La Banda. Another biographical indication that  would mark it on fire.   Because one of Peteco's greatest achievements, as he is known to everyone, was to form a band with his surname:  Los Carabajal.

Peteco is a singer, songwriter, violinist and guitarist.    Musical art runs in his veins  as torrential. From the beginning he marked a before and after in folklore and invited us to dance. Its essence is never lost and today it becomes a  symbol of argentinity.

The beginnings of his singing

His first  performances to the public  were alongside Roberto Carabajal, his cousin, in Gran Buenos Aires. There, the artist spent his teenage years and was sucking  different influences that would consolidate his musical style.   Soon, these two singers joined “Shalo” Leguizamón, with whom they formed  the Santiago Trio  . At only 18 years old and with these great musicians,  he recorded his first album.

Later, in 1975, he joined Los Carabajal. The band would carry his last name and  become consecrated as a national success.   This group performed throughout the country, and they also had their international tours:  Spain, Paraguay and Libya  were  their great destinations . Peteco was also part of  the MPA (Argentine Popular Musicians)  alongside Chango Farías Gómez, Verónica Condomí, Mono Izarrualde and Jacinto Piedra. He recorded two albums with them. In 1984 he participated in a concert at the Vélez Sarsfield stadium with  Mercedes Sosa, Milton Nascimento and León Gieco . The contact with these great artists  led him to continue producing . Even his voice and guitar were part of León Gieco  's “De Ushuaia a La Quiaca”  album.

From Ushuaia to La Quiaca, really

His success and skill led him to participate in two albums alongside Mercedes Sosa. With her,  he toured as a guest  and toured the stages in  Germany, Austria, Belgium, Holland and Switzerland for three years.   Despite his love  for Santiago del Estero, and always considering  the land as an identity , he launches his third record work,  “Borrando fronteras” (1995).   There he has the participation of guests such as Mercedes Sosa, Jairo, León Gieco, Victor Heredia, Pedro Aznar, Antonio Agri, Julia Zenko, Claudia Puyo, Rodolfo Mederos, among others.

Life led him to  share stages, melodies and moments with renowned artists .  Life and his talent  made him one of the  great icons of folklore not only from Santiago, but also national. 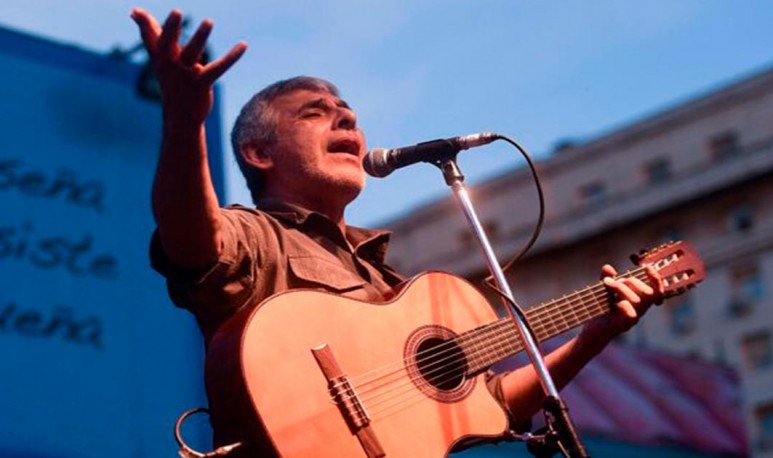 In 2003 he recorded live on La Trastienda the album “El baile”, and that same year he received the Carlos Gardel award for best solo album in folklore 2003 . In May 2005  he toured  Spain in which  he toured eleven cities.  With that creative impulse, he recorded a new album framed  in 30 years of musical activity.   For this production he had guests such as Charly García, Soledad, Luciano Pereyra, El Chaqueño Palavecino, Hilda Lizarazu and others. Peteco received  the Konex Award for Best Folklore Author and Composer of the Decade.   And in 2012  “El viajero”  took the statuette for  Best Album Male Artist of Folklore.  It was a tna shared with Facundo Saravia and Juanjo Domínguez.

His career  brings us much more to tell,  but  on the day of his birthday it only remains to celebrate.   From Ser Argentino we toast to  a long and folkloric life  for the great Peteco Carabajal!

It commemorates 45 years of the historic album that consecrated Sumo

One year after the death of Sergio Denis, a tragedy that could be avoided and where no one did anything about it

The Sun of 25, Gardel's homeland song

DUKI spoke before showing his new album: “The cute thing about all this is always moving evolving”

Renato Venturini: a success to the son of a bandoneon