The musician had suffered an unexpected stroke on Wednesday 28 April and, in the early morning of Tuesday, May 4, after several days with his brain without reactions, he died at the Tornú Hospital.

Sadness, disappointment and a lot of pain still causes the unexpected death of musician Rodolfo García, historical drummer of famous  Argentine rock  formations such as Almendra and Aquelarre. The stupor that caused last Thursday the news of his cerebral vascular accident, symptomatology that denoted brain death according to the medical body that attended him and intervened kerubically this afternoon of Wednesday 28 April, was demolishing in feelings and surprising for someone who had been developing his activity with great strength and confidence at the age of 75.

Rodolfo García, classified by the media as a historic Argentine rock drummer, died after several days of being hospitalized in a coma with brain death, an injury that resulted in a stroke on the afternoon of Wednesday, April 28. This musician who throughout his career had played in groups such as Almendra, Aquelarre, Tantor, Los Amigo and his last band Jaguar, had seven and a half decades of life, without having suffered in recent months any symptoms that could anticipate the outcome he had in the latter months weeks.

What is surprising about the fact was that the novelty was first known by the social networks of the world of music. The unexpected stroke that on April 28 affected the artist in his house in the Buenos Aires neighborhood of Villa Ortúzar wanted to be kept secret by his family, in an understandable decision. As the news transcended during the following hours publicly, the fact found in those hours many colleagues who echoed the sad novelty through social networks, expressing in the digital structure its regret amid the shock that had caused this novelty.

On Wednesday, April 28, in the afternoon, the drummer began to break down and a few minutes later he was urgently transferred to the serious symptoms he had, a symptomatology that for those dramatic hours tried to be appeased by the medical team of the Tornú Hospital, team of physicians who intervened him surgically seeking to decompress the situation into his cranial mass. What was detected during the operation, unfortunately left exposed an irreversible state of brain death after having suffered a stroke of enormous dimension, immediately causing the pain of those involved.

In those hours the medical corps instructed the musician's family about what happened, so that it would have a detailed situation about the drummer's health, in order not to encourage false expectations about a potential and miraculous recovery. The drums and dishes specialist, recognized by his colleagues as one of the most outstanding on the local scene, remained for several days with that irreversible damage and at 1:30 AM on Tuesday, May 4, his body said enough ceasing its vital functions. The family at that time agreed on measures to dismiss the body, according to existing protocols. 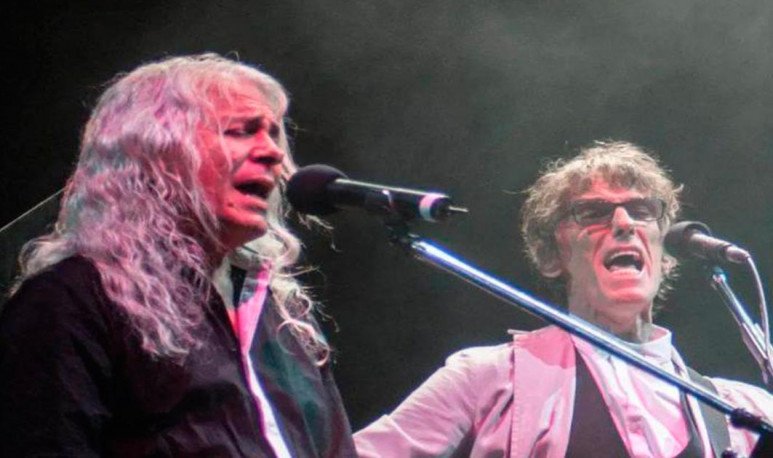 Talking about Rodolfo García is alluding to a key figure at the dawn of national rock in the 1960s when he founded the mythical band Almendra with  Luis Alberto Spinetta , Edelmiro Molinari and Emilio del Guercio. In his career he lived the splendor of belonging to a great band of those times, a formation that with few albums was finally dissolved by its leader, singer and guitarist. After that experience, Rodolfo García was drummer for the groups Aquelarre and Tantor, collaborated with figures such as Litto Nebbia, Peteco Carabajal, Victor Heredia, Pedro and Pablo, collaborating with  Spinetta  in his last soloist stage.

The musician behind the drums and plates also during his long career formed his own group, called La Barraca in 1989, with the passing of the seasons he made a series of careful projects such as Posporteño, along with bassist and singer Daniel Ferrón, adding Alejandro del Prado, to close their careers in music with the very recent formation called Jaguar, which also had Ferrón, adding Lito Epumer and Julián Gancberg, band that played in the summer in Rondeman Abasto. with very good reviews and great repercussions of fans.

During the new millennium, the musician participated in the national policy by joining the government structure of the period 2011-2015 as the National Director of Arts, which allowed him to develop a well-known cultural management. In recent years, in addition to playing on certain projects gestated with his musical profile, he served as one of the conductors of the radio program “Mundo disperso” with writer Pedro Saborido and columnist Daniel Míguez, a cycle that was first at the AM 750, and then move on to the tuning of National Radio on Sundays from 12:00 to 1.30 pm.

Rodolfo García's relationship with his teammate Luis Alberto Spinetta en Almendra, leader, guitarist and composer of multiple key bands of  Argentine rock  who died in February 2012, always allows him to... iacute; to the instrumentalist remember those beginnings in music together with the great procerer of the field. Asked by the media about the drummer and the way they met, Flaco revealed a series of historical anecdotes, where he undressed the genesis of the first Argentine rock band, seasons in which both built a solid start of the genre in our nation.

“I didn't have records and I was going to Rodolfo's house to listen to music. From the sidewalk, I knew if he was there because he always put the team strong. He played music or listened to him practice with the accordion or, eventually, if he had, the drums. Rodolfo is extraordinary. She had an Oasis look, she dressed well in entrecasa. I think Núñez and Belgrano exist because he lived there, because the chy was the power that fed the neighborhood with the nightclub he had. And he was already an impressive drummer,” as Spinetta pointed out from his friend and colleague Rodolfo Garcia.

In the last years of Spinetta's life, two historic encounters of enormous magnitude had already occurred. First Rodolfo García joined as an accordionist, instrument in which he accompanied Flaco when Spinetta convinced him to accompany him in Miami for his Unplugged on the MTV sharing “La miel en tu ventana”. After that participation in 1997, the drummer appeared as a guest when Spinetta gathered all the members of “Almendra”, last Friday December 4, 2009, megarecital with all the ensembles that the legendary Argentine guitarist and singer had.

Most musicians show no interest in returning to streaming shows