Home Argentine Music Our rhythms: the folk music of the coast

Folkloric music on the coast is impregnated with currents coming from Brazil, Paraguay, Uruguay. We tell you their typical rhythms. 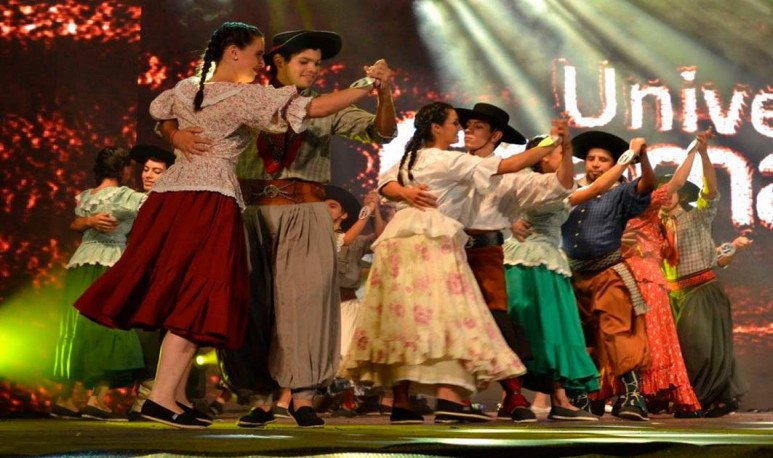 The  coastal  area of our country has the peculiarity of bordering different countries. Hence, his culture is mixed with that of these and, of course, his  music  as well.  Folkloric music on the coast  is impregnated with currents coming from  Brazil , Paraguay,  Uruguay . We tell you what their typical rhythms are.

The coastal area comprises the provinces of  Misiones ,  Chaco ,  Formosa ,  Corrientes ,  Between Rios  and some areas of  Santa Fe  .  Misiones  borders two countries: Brazil and Paraguay. This is how Guaraní merges with some features of the culture of southern Brazil. History also left its mark in this area: European immigration brought  schotis , which, with local contributions, became the most popular rhythm. From Paraguay came the  gallop , the dance that ranks second in popular preferences.

In  Formosa ,  Chaco and, above all,  Corrientes , there is an important Guarani influence.   Chamamé  reigns there, as well as double rip and valseado. In  Entre Ríos  ,  chamarrita  is common, a replica of the Uruguayan surpass.

All these rhythms reach  Santa Fe , especially chamamé. The  folk music of the coast  is melodious; the lyrics have a loving tone and sometimes of a testimonial character. Accordion,  bandoneon , guitar and, in some cases, Indian harp are the musical instruments of preference. To dance? All these rhythms are danced as a linked couple and choreography is freestyle. The music of litoraleno folklore is sung in Spanish and also in Guarani, it has a bilingual style in much of its culture.

No chamamé without accordion

And if there is no chamamé, there is no folklore of the coast either. It turns out that this instrument, with its so particular sound, brings an entire region to life every time someone actuates the bellows. This is a portable aerophone with keys that runs with both hands, simultaneously. The origin of the accordion is not accurate, there are at least three different versions of who was its inventor. The truth is that it was created by the old continent in the 19th century. Apparently, as a solution for churches that could not afford an organ, so they found in this instrument a portable and accessible version of it.

And how did he become part of our folklore? Again, European immigration also contributed much of its culture, which over time merged with the native one to give rise to most of the rhythms we recognize as ours.

In order for music and culture to not be lost in time, for younger generations to know folk rhythms it is necessary that contemporary artists continue to choose to wear them as their badge. This is the case of Horacio Eugenio Spasiuk, popularly known as Chango Spasiuk, a missionary who honors the music of the coast. And not only nationally, where its repertoire is famous, with hits like “Tierra colorada” or his version of “Kilometer 11” (which many consider the chamamé hymn). Chango is also recognized abroad and toured countries such as Canada, Brazil, Holland, Mexico, Belgium, among many others. Winner of multiple awards, he runs through stages ranging from provincial festivals to Teatro Colón. His tireless work to bring the music of the coast to the ears of more and more people, bears fruit: chamamé was declared “Intangible Cultural Heritage of Humanity” by UNESCO and we are sure that its work contributed to this happening.