Patagonian folk music has its roots in the aboriginal peoples that inhabited the region. His rhythms: loncomeo, chorrillero and kaani. 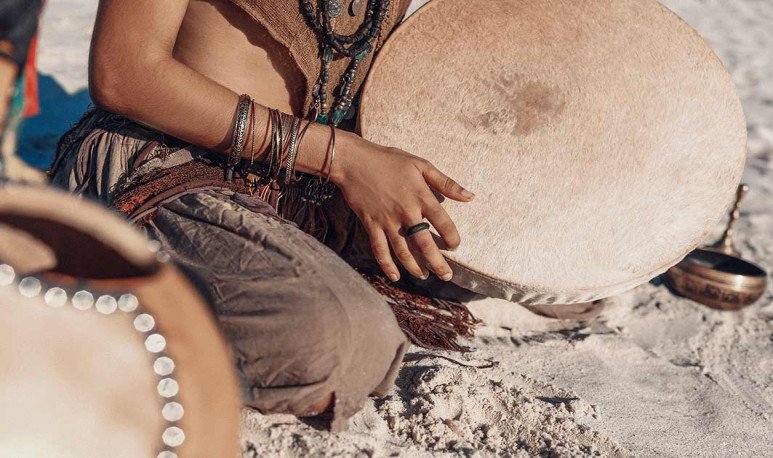 Well south of the country, our folklore finds its own rhythms, many of which are legacy of the aboriginal peoples who inhabited the region.  Patagonian folk music is characterized by rhythms such as  loncomeo  , mountain range , chorrillero and nbsp; kaani .

The Patagonian area covers the southern end of our territory, from the Colorado River. The Patagonian folk music region comprises the provinces of Neuquén, Rio Negro, Chubut, Santa Cruz and Tierra del Fuego.

Research works carried out in the area have found that the projection of the representative song of the region is based on what was rescued from the aboriginal communities that inhabited or inhabited that territory.

Among Patagonian folk music , there are loncomeo, mountain range, chorrillero and kaani among others. They are performed by soloists, duets or ensembles and have no choreography. To a  guitar base, indigenous instruments such as kultun are added, a percussion instrument that is a conical box that is percussive with a toothpick.

Loncomeo is typical of the Tehuelche-Mapuche village. It is a pantomymic and imitative dance of exclusively masculine character, which is danced to the heart of the kultun. It is usually associated with ngillatún, the main Mapuche spiritual ceremony, as it is one of the dances that are performed in its course.  Kaani is the singing and dance party held by the Tehuelche people when some important event occurred.  Chorrillero is a mixture of kaani and milonga pampeana or bonaerense, developed naturally in the pre-mountain and mountain range area.

Finally, the  mountain range  is a variant of Argentine folklore. Although it has had little diffusion, it is part of old Cuyana music (belonging to the provinces of Mendoza, San Luis, San Juan and La Rioja). However, it is accepted or taken as a member of what is known as Southern and Patagonian Music. Its rhythms and melodies usually vary, but usually it is a sweet and harmonious song in which the arpeggios of Creole guitar predominate.

Arpeggio, its technique and relevance in folklore

Some may say that more than a technique, it is a musical resource. Although what concerns us is the link with folklore, specifically Patagonian, it should be noted that arpeggio is not exclusive to this musical rhythm. What is more, it comes from a long time before and is still held to compose modern music. What is this resource about? For those who understand little instruments, let alone how they are executed, a simple way to explain it is to imagine the musician playing the notes one after another, quickly. Which gives a particular rhythm to the composition. Usually they range from the most severe to the most acute. This means that chords are not played simultaneously, but in rapid succession.

String instruments, such as guitar, are easier to play with this resource.

From yapa, there are some songs to enjoy and recognize every rhythm of Patagonian folklore:

“More here of the colorado”, by Rubén Patagonia - (Southern Malambo)