Cuyana folk music has its own rhythms: tonada, cat, basin, waltz. We invite you to discover it. 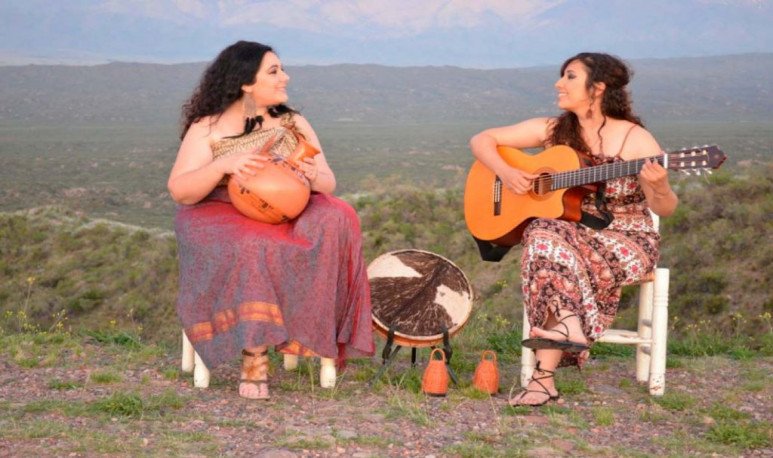 Cuyana folk music  , like every region of our country, has its own characteristics that distinguish it from the rest. In this case, its proximity to  Chile  causes some melodies to skip the Cordillera and mix.

The Cuyana  region  comprises the provinces of   San Juan  , Mendoza, San Luis, with influence in the south of Córdoba, Catamarca,  La Rioja  and the north of La Pampa . The  most widespread rhythms  are tonada, cat (in this region, with two twists in dance), cueca (also presents a regional shape different from northern) and waltz. All these compositions can be danced with a loose couple, except for tonada, which is one of the few lyrical species that do not have choreography.

All these rhythms of Cuyana folk music are sung in a duet. The base instrument of this music is the guitar, with which the cuyano shows an exceptional performance capacity. It also has spread the so-called quinto cuyano, a variety of guitar, but with more strings. Soloists stand out above the groups, and the lyrics that accompany the melody are almost always of love, although historical and religious themes are never missing.

Two of the great exponents of Cuyana music are Alfredo Alfonso and José Zabala, a duo from the province of San Luis. To talk about this binomial is to talk about Cuyano folklore at its best. So you understand what we're talking about, we leave you a topic about them. Enjoy it.

The tonada, the romantic genre of Cuyo

When we talk about Cuyana folk music, the tonada takes a leading place, since since it does not have a dance that accompanies it (as if it is the case with the cat or the cueca), all attention is placed on music and lyrical. What is so special about tonada? Apart from being beautiful as a musical genre in itself, it is full of love and romance. However, it does not carry that sweet tint from which other rhythms that are also inspired by the cause of love can sin.

The tonada has an inheritance of Andean-Peruvian music (the yaraví) which is a free song, without particular metric. In Argentina it is known as “triste”, punctually at the time of the song extremely expressive in a beginning, which gives way, then to what is known as valseado. Also the presence of the Huarpes in the Cuyo area gives its mark to the tonada. Therefore, without certain origin, but with a combination of varied influences, the tonada evolved to be as it is known today: one of the most representative musical rhythms of the region.

There is no tonada without strings

The vocals of the tonada are always accompanied by a guitar. Actually, guitars, since not only the Creole serves the singer as the basis of his music. They also participate in a string ensemble: the guitarron and the quinto provide amplitude and variation. Thanks to this, the treble and bass can be expanded. The sonority of becomes much richer and each guitar performs a function, it is as if it has its own voice. It's like an orchestra of this instrument and its “relatives”

For the cuyano, the tonada is his most representative song. He sings it at any family reunion, between friends, festivals and peñas. Generally it is a duo who performs, with a lead voice and another that accompanies. At the end of the song appears the “bud” which is an improvised verse with which you can make a more personal dedication.

The story behind the stolen bike

The taste of the meeting in New Zealand