The first streaming of La Mona is coming and in Cordoba we are more than anxious... We went back to the dances, but we stayed at home. 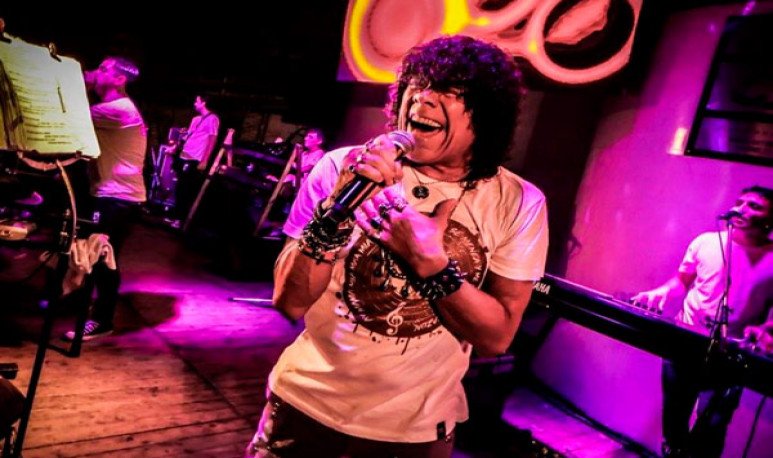 After 7 months without dances and with more than 50 years playing every weekend, La Mona was recharged during quarantine to reconnect with her fans. In Cordoba  we are already waiting for  the time. The contract has already been signed and will be  the first live show of the quarantined Mandamas.

The Mona Jimenez is coming

La Mona Records and Argentina Show Live,  a company in which Jorge Rial is a partner of Miguel Pardo and Guillermo Marín, signed the contract for the realization of a series of streams  that will begin with the return of La Mona Jimenez to the stages in pandemic.  Although it took a couple of months to adjust to the new situation,  show producers  begin to find a return to this new normality. The organization of streaming and the new way of monetizing shows is still under supervision. And the only way to prove is by practicing. In the case of streaming quarteter,  lower tickets and sponsors are  also cheaper but with more brands.

Although Carlitos La Mona Jimenez never stopped being in the media's sights and in contact with his audience through the networks , this news has us  in mind.  The Cordoba people are already  preparing the jars and flags, to see the primate on stage . The Cordoba women are preparing the roll, and in all the kiosks expect  a good sale of 70/30.   Because the whole province  and the whole world will be watching  the legendary quarteter show.

The show will have an hour in advance,  the space that  will warm up the screen  with details of the artist, news and draws.  In the old normal, this moment  was the time to share, in silence, to do some karaoke by the hand of “el Carli”, the artist's firstborn.  And of preparing  the little ronditas that would explode with adrenaline  the moment the singer climbed the stage, this time it will be different, but the previous hour will be the same. From ArShowLive they point out that  “that is also a very valuable space for brands, because people are very looking forward to the show and with full attention”.

We'll come back and we'll be millions... cracking

It is estimated that some 20,000  digital tickets will be sold for this La Mona streaming  .  This would involve between  60,000 and 100,000 people of audience,  assuming a range of  3 to 5 people behind each entry.  A “full” show of La Mona in Sargento Cabral can cut  8,000 tickets and an “off-series” in Forja, about 10,000.  On an economic level it is a very big profit, and these music companies specializing in events know it. But if we move away from numbers,  at the cultural level it is almost a necessity.

Dance brings us back to life

The dances closed, the sergeant empty, the lights off. That is what makes the desire to share among friends  become more and more dormant  in this extensive quarantine . That is why it is important  to revive this joy in order to recharge our energies and follow our lives  in the midst of a global pandemic.

Although there are many people who have already  experienced shows via mobile screens  , tablets, computers and televisions, there are others who were waiting for their  most intimate idols.  In the case of La Mona, it is probably the first streaming of many Cordoba. Therefore, from the logistics of the event they  have    “a team that usually reaches 30 people online helping and guiding  people in their first shows along this route or who have some initial difficulty”.

Carli Jimenez, on the other hand, says:  “I think is the most anticipated streaming . We will celebrate the 53 years of La Mona in the quartet with the best of her career, all compacted in 90 minutes live,   with the whole band and even   a virtual grandstand that will be able to communicate with each otherchat”.  The novelty thing is that the dance will include a “virtual grandstand” so that its people can somehow be in front of the artist.  Yes, La Mona will be able to name its audience, neighborhood by neighborhood, a classic in its dances.

So a whole team  is planning  one of the    most popular streams nationwide.  In their official networks, La Mona has already uploaded records of  the first trials.  We from Cordoba are waiting for 7D,  mutineers...