Home Argentine Music New Music of the Americas: a musical journey across the continent

The New Music of the Americas project released its first album, with pieces by authors of the likes of Piazzolla, Guastavino and Ginastera. 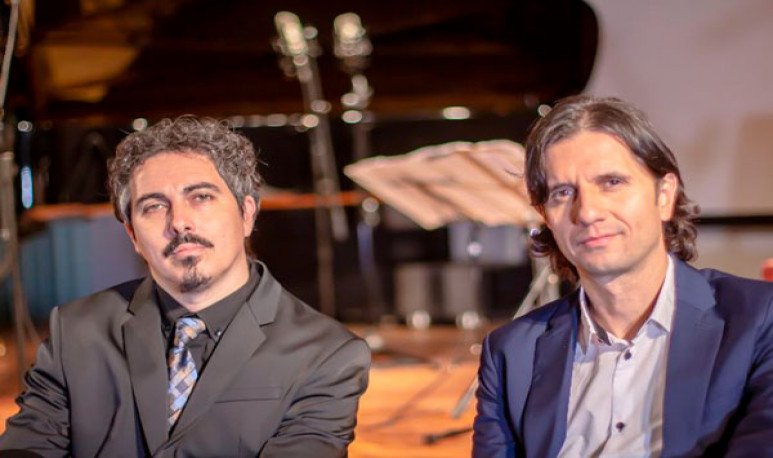 A continent crossed by a musical project: that  is what New Music of the Americas is about , to put it in Spanish. With the intention of disseminating pieces of academic music originating from Argentina to North America, this project was created by the composers  Mauricio Charbonnier and Leonardo Le San.  Recently, they released their first album.

New Music of the Americas  plays pieces by great authors, such as   Piazzolla , Guastavino and Ginastera  , and current composers from the region. The first concert was held in Argentina in October 2019, which opened the project. In the coming years, other countries in the Americas will be chosen as the venue, to give rise to the continuity of actions planned by their directors, with the premieres of new works, the participation of local performers and the accession of composers from other regions of Latin America.

The eponymous album frames the first record release of the project. The album proposes a description of the aesthetics, languages and rhythms of the American region, especially Argentina. In its content, it proposes a series of pieces whose writing bet on music that address a marked romantic content, simplicity, clarity in the formal and a particular interest in melodic beauty.  The CD is available in digital format and free on all online platforms.

The material involves two lines of work. On the one hand, the selection of American authors and nationalist content of the twentieth century, emblematic such as Alberto Ginastera, Carlos Guastavino and  Astor Piazzolla . On the other hand, you will be able to hear some new works by Argentinian composer Mauricio Charbonnier and his Colombian peer Leonardo Le San.

The geniuses behind the play

Mauricio Charbonnier  is an Argentine composer and pianist. Its catalogue includes chamber, orchestral and symphonic choral repertoire, with works premiered in Europe, South America and the United States. UU. He is a member of the Association of Argentine Composers. His style, defined as neoromantic, proposes a close link with tradition, a return to a musical lyricism and a return to great forms.

Leonardo Le San  is a Colombian composer and pianist based in the USA. UU. His works have been presented in theaters such as Carnegie Hall, Merkin Hall, Gershiwn in New York, The Queens Museum, The U.S. White House. , theaters in Colombia and Argentina, among others. The style of Le San is influenced by composers from different periods, such as Bach, Beethoven, Prokofiev, Piazzolla and Bernstein. As well as traditional Colombian music,  tango  and American  jazz  styles.

Together, Le San and Charbonnier create an exceptional space, where new music is connected to these perspectives and the revaluation of a past that is linked to an archetype of beauty that often seems to have been forgotten.

The interpretation of great works of the Argentine academic repertoire constitutes, within the project, a cultural objective of importance for its directors and performers. So is the diffusion space for new music within the current compositional panorama. In this way,  the public will be able to enjoy a very unique journey through the colors and rhythms of the music of our country  as well as other regions of our continent.

Ready to travel across the musical continent?