The Rioja artist has not stopped producing despite the pandemic. From October you can hear “Prayer” on the various digital platforms. 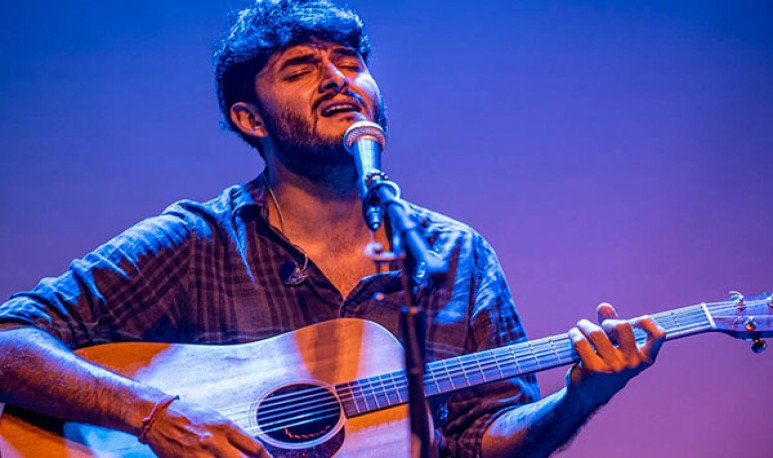 On October 2,  Rioja musician   Juan Arabel  presented “ Plegaria  ”, the first single from his album  Trigo . The artist, who currently lives in Cordoba, has not stopped producing, and from that province commented on the history of this song.

“'Prayer' is a song that was born in early August last year. I was coming from the end of a process with my band and with my last album that was very beautiful but very tiring, I had consumed a lot of energy, and in that energy was also the desire to compose. At that moment I decided to rest and slow down with the musical activity, dedicate myself more to being at home and recover that desire to be with the instrument. Strangely that process lasted very short, by the week I was already with the guitar moving my fingers. But I felt a change immediately, especially with the 'playful' connection that the composition has. I realized I haven't played with  music in a long time,” he said.

And, in turn, he confessed, “I have a very particular trick, which is watching sports on TV on Sundays while I play, almost in automatic mode, and that's where a lot of ideas come out. Going back to that almost therapeutic activity with music made me start seeing things again as long ago. I haven't done it in years, and that was an awakening for me to music and my life as a musician,” he added.

In this context " Prayer” was born. The Riojan musician also commented on his feelings at the time he produced it. “The song was taking on a character of prayer, a request to myself, a path to the deep to heal wounds and look forward charged with that love and genuinity that I felt I had lost. Paradoxically in those days was coming the birthday of a niece of the heart, the daughter of one of my best friends and closest companions, and I ended the song thinking about that girl, and in the future that holds her, that is in us to blast the way and accompany her. towards a better world,” said the  artist .

Regarding why he thinks he has chosen this song as the first for his record work, he said he believes he chose it unconsciously, as a preview of the album.

Launch of the album Trigo

Juan Arabel  estimates that he will be able to release his new album in February 2021. “Let's hope everything goes better by that time. Meanwhile, one release is scheduled per month until the day of the presentation of the entire album. It's going to be a long work, 12 or 13 songs, and absolutely produced, recorded and mixed in my home, in my personal recording studio, called  Pueblo Nuevo . This also involved a process of learning and acceptance as a producer and mixer, two stages that in technical terms require a lot of study and a lot of baggage. And that I have been learning rigorously with previous records,” he said.

Like many other artists,  Arabel  also had to adapt to new contexts and new formats to be able to continue in the race and all this due to the pandemic, regarding it, the Riojan commented on his experience in concerts via streaming.

“The experiences of playing in the streaming format were interesting, exciting at first and felt the adrenaline similar to a live concert. But as time passed, the format weathered us, both the audience and the artists. The magic of playing live is the interaction and energy back and forth with who is just a few meters away from you listening to music. Streaming helps us keep an income playing but it will never be the same. Let's hope it won't be so long without being able to meet in the concert ritual,” he said.

Finally, we leave you a small fragment of the new single “ Prayer ” so you can get to know this  melody that sweetens the soul.

bowl of soul light of dew,

I feel your voice, inside me...