Barenboim is the first citizen in the world to have dual Israeli and Palestinian citizenship. 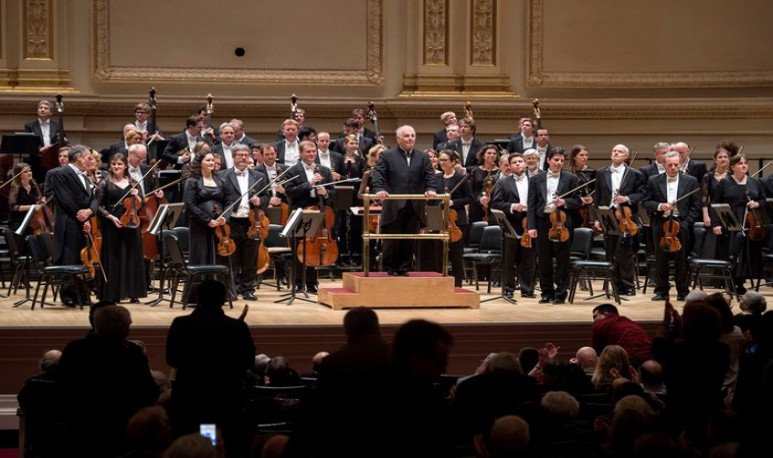 For 5 years, during the winters, Argentina's maestro  Daniel Barenboim  has visited us in  Buenos Aires  , alternating free outdoor performances with private concerts in theatres.

And so it happened on Saturday, July 21. The cold did not stop a crowd of more than 10,000 people who attended an exciting concert in Vatican Square, next to the Colón Theatre. On this occasion he performed with the  Staatskapelle Orchestra in Berlin  with whom he performed works by  Rossini, Brahms, Tchaikovsky  .

Some considerations about the Master:

It is not the intention of this text to convey the prolific career of this child prodigy, who from the age of 5 played the piano until he became one of the best conductors of all time.

Daniel Barenboim is also a teacher in life. Since 2011, he has been a candidate for the Nobel Peace Prize for his tireless work in seeking Israel and Palestine union. He founded the West Eastern Divan Orchestra, made up of talented young musicians of Israeli and Palestinian origin.

Another sign of his strong desire and ideal for Peace is that he is the first citizen in the world to have dual Israeli and Palestinian citizenship.

Endless are the reasons why all Argentines (and the rest of the world) feel admiration and pride for this great human being, who seeks through his music to make this world a better place...