Home Argentine Music Music to the rhythm of ancestrality

A Cordovan character that rejoices our souls to adults and boys, feeding us with his worldview. Marco Esqueche invites us on an ancestral journey. 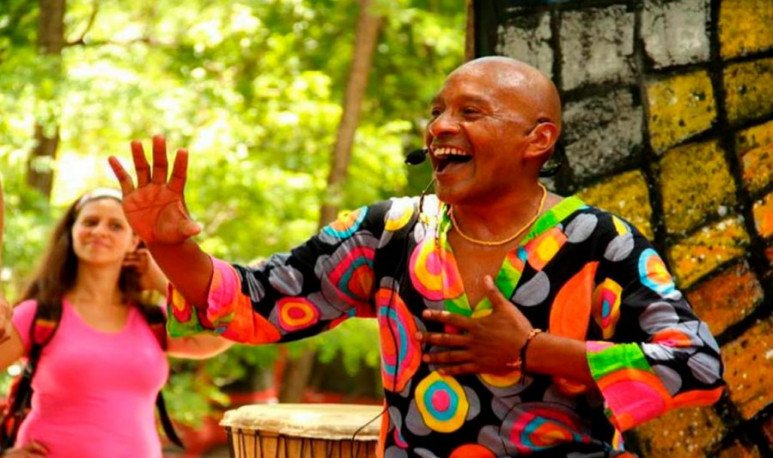 They are of an Afro-descendant mother and costeño indigenous father from Peru,   Marco Esqueche is a character that we Cordobese appropriate. After having lived his child in Peru, and having spent years in Europe, I decided to settle   in Tanti.   Today, we Cordobeses adopt it as one more. Marco Esqueche teaching us about the   different original worldviews   through music. His art is a hybrid of different disciplines. A little music, with theatre, storytelling and history. His songs transport us to   different universes   where the   mystery of life   is reviewed to us as a secret.

The Hybrid of Disciplines   used by this artist to generate its content is equivalent to the   identity hybrid that constitutes it   . His Afro-Andean blood, his European experience, his life in Argentina. A shroud with a tonada of   who knows where   , who chooses Cordoba as a production workshop. with his partner and his son.

His other children are   the music records i published   .   Kukara Matara   and   Box, box, drawer   with their melodies. His drum, his voice and his whole body are in tune with performances that   embrace cultural diversity.   They are especially dedicated   to children's audience   ; however, the big ones are also moving.

Academic of magic and song

Marco Esqueche studied at the National School of Art in Lima (Peru), Anthropology in Montevideo (Uruguay) and Pedagogy in Argentina. He is a professor at the Chair of Latin American Percussion I at the Institute of Aboriginal Cultures of Cordoba (ICA), where he has been given as a   teacher with orientation in Interculturality.   She also teaches peruvian cajón in Cordoba Capital. To carry out his art, he mixes all disciplines and puts   all his knowledge at the service of the community.   Sharing his knowledge in talks, seminars, shows and shows that make us   believe in a better world.

Marco Esqueche: teacher, musician and actor, although there is no label that defines it   . It carries the flag of all its peoples   , claiming the original roots and advocating for the rights of all. His work is fraught with a   struggle for new realities   , where all identities are recognized equally. with their force to the Western paradigms. And, on these remains, with his pedagogy of the heart, he builds new realities for his audience.