In this note we tell you unpublished releases from the local Cordovan stage. Artists who break everything and are encouraged to build new auditory experiences. 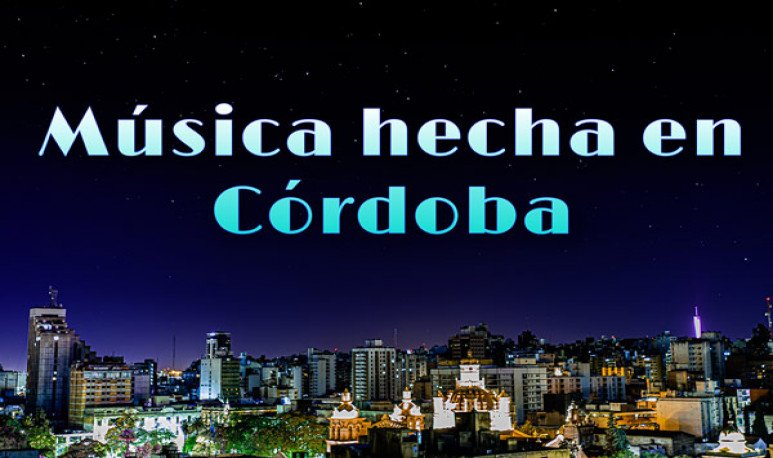 Between the end of a year full of cultural restrictions , new musical experiences are made way from the hand of Cordoba artists . In this note we tell you just  some of the thousands of release s of musicians or producers with tonada serrana. Because the quarantine hit introspective and the creative powers were revolutionized.

Crespín, a musician from Traslasierra, published Mejunje, his first solo album . This artist is part of the group Female, and so far he had published  some single songs.   However, he encouraged himself and bet everything to edit a seven-piece work that lives up to his title: a mejunje that far from being improlix offers new auditory experiences. Crespín proposes a  decontractured and psychedelic  style in an album that plays between the boundaries of  folklore, rock, funk and many more genres.    and techniques in a music  designed from the total absence of prejudice.

Frankito Lover is an artist who experiments  from trap, fusing hip hop and reggaeton with distinctive humor and political dyes.   Caramelo (produced by Revelant) has  a ballad spirit  that hides an important part of the musician's identity, raising social differences from a  creative posture and different tea ; techniques.

The frosty skin  of Harem

The group Harem released their second album, a  new bet on the world of music.   After having released their first album in 2017, El grito, and two more published songs between 2018 and 2020, they decided to continue  putting the body  and the soul in the musical notes.   This quartet from Villa María  defines itself as    “classic, sexy and forceful rock band”.    The Bonus Track: The song Las witches includes the participation of Eruca Sativa's Lula Bertoldi.

The artist's third track since he began publishing his music in September 2020. As  in his previous two songs  , the production is conducted by Biblo El Nagual and was performed from  the CBarte studios.

Maga Shukar, a singer from Rio Segundo and based in Los Angeles, USA   , released a new single. The song is titled El río and is a candombe that features the participation of an emblematic drums rope Los Duendes del Parque,  cordobeses natos.   In addition, Franco Di Pietro participate in samples, Joel Costas on keyboards (both producers of the track), Martín Ellena on bandoneon, Fede Seimandi in double bass, Marcelino Peralta Ramos on guitar and Vale Amado in choirs.  It was recorded in Iceland Studios in Cordoba  and features lyric video made by Massai in Los Angeles.

Beatmaker Lyon Trap Zion edited  Walking Dub , a winding instrumental that could be a standard of the genre for  its shocking melodies  and its parade of vocals with effects of all kinds. The producer  based in Villa Cerro Azul has been publishing material on a sustained basis since the last year, with  twelve tracks released only in 2020.

Naturally from the city  of Raptor

The Cordovan Raptor, based in Barcelona, premiered Naturalmente de ciudad, a track in which  the rhyme does not stop and MC looks non-stop.  A new hearing proposal that takes you to reflection  and makes you move your body.

DJ and producer Matías Freccia released Roots,  an album inspired by native nature . A musical composition that combines Techno, Ambient and Minimalist.  Where the names of the slopes  come from  native trees of the mountains located in Cordoba.