Home Argentine Music Music and show at the Freedom Festival

Knowing the birthplace of the Sanmartinian gesture, Las Heras organizes a festival of pure music and culture about our Freedom. 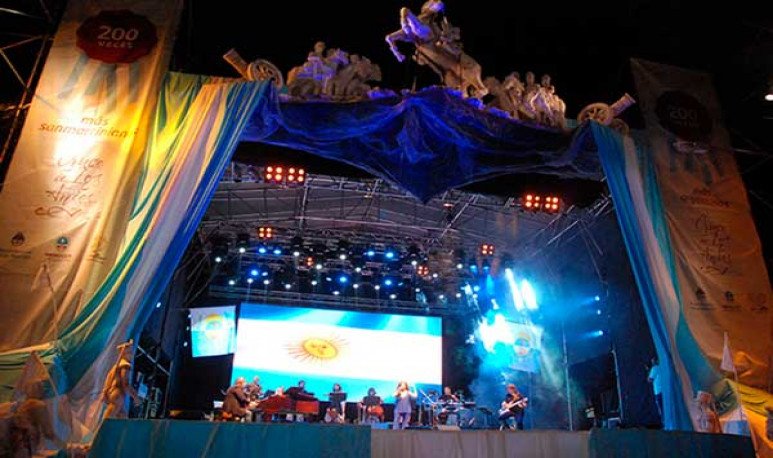 For the fourth consecutive year,  the Freedom Festival ,  musical and patriotic encounter  in Las Heras, returned with a  folkloric grid and unmissable humor.A festival designed by the Municipality of Las Heras as as a  tribute to the Sanmartinian land, where the liberating gestation was born  and which, in 2020, was also dedicated to another outstanding historical figure of our country: Manuel Belgrano, on the 250th anniversary of his birth and 200th of his death.

As last year, the chosen scenario was the premises of the Children's Park (North Access and Independence of El Plumerillo). Local, provincial and national figures delighted the public who approached the new Lasherino green space, which until recently was a vacant land and which today is already taking shape as a park for neighbors and  tourists  enjoy freedom in the open air.

“Violets, Rebel Heritage.” It is a project promoted in 2017 by Chilean singer-songwriter Cecilia Concha Laborde. She, on the centenary of Violeta's birth, summoned  different singers to record a song composed in tribute to Parra . The project was so powerful that it ended up being a triple album that brought together 51 singers from 9 countries.

Singers from Chile and Cuyo participated in the tribute, such as Analía Garcetti, Paula Neder and Gala Celia in percussion. In this we took a tour of the repertoire of Violeta Parra.

By the way,  Paula Neder stressed : “Personally, Violeta Parra is an inexhaustible source of inspiration and admiration. Multifaceted artist: singer, composer, author, poet, writer, plastic artist and compiler. He sang to  love  and love like no other, to freedom. He rescued works from the popular Chilean songbook, as well as sang and told about the Chilean reality, about his life and the people in a deep and accurate way.”