The main hall of the Mendoza will open its doors for the first time, after the quarantine. A prominent cast features: Blooms el Independencia 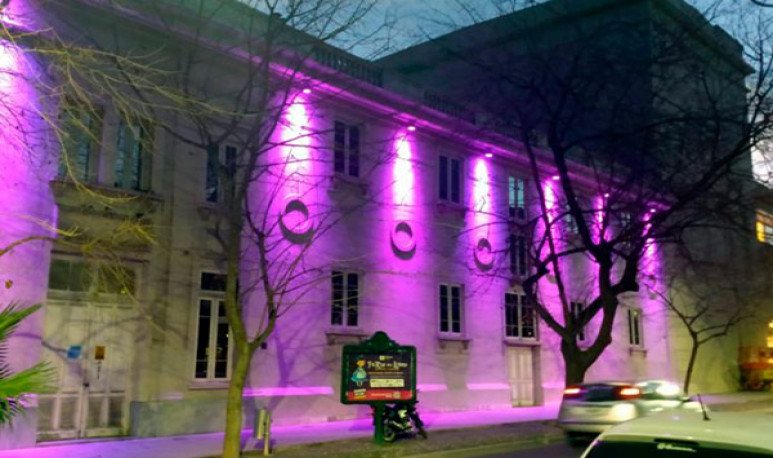 It is a new proposal of “Tres Australes Productora de spectacles”, with the support of the Government of Mendoza, and will be dedicated to dance and music.  With shows registered at the Teatro Independencia, which can be enjoyed via streaming, the public will be able to approach the talent of our Mendoza cultural doers, from November 14.

Musical and dance performances will be offered, via the Internet, with the sound and image quality that this large hall requires. The  streaming  will include two dates, with interviews with its protagonists. On  Saturday 14 November, from 21, the first installment will be available, which will compile different expressions of dance.

The  ballet  school  “María Cristina Hidalgo”  will open the gala, followed by urban dance, by the Era Dance Studio. For its part, folklore will come from the hand of  Giovanna Tomba and Maximiliano Tello.  The celebration will be crowned with tango, performed by the directors of the Cano-Morel dance studio.

On Saturday 21, from 21 , the second installment will be available, in which we will meet three artists who have given us their own creations:  Mariana Päraway , José Lucano (Next to Cata López Martínez, Sebastián Millán, Agustín Verdes and Jere Casetti) and Paula Neder (Accompanied by Leandro Lacerna). The streaming will include, in addition to the show, interviews with its protagonists. 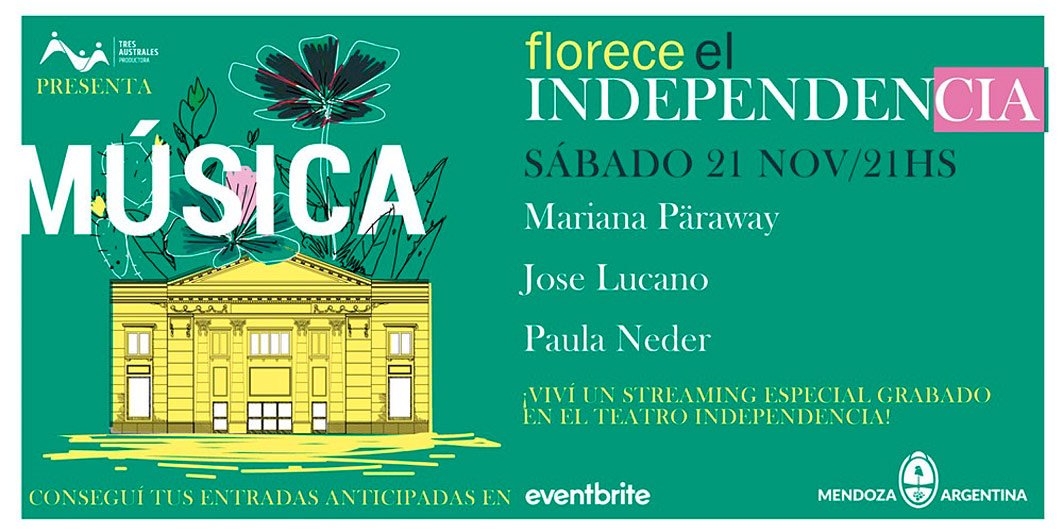 The cycle is a proposal designed to accompany artists and managers and also to bring to Mendoza homes an alternative of excellence. Obviously,  the footage was without public and strictly following the current health protocols.

Tickets for the two shows can be purchased through the Eventbrite platform, via the following link .  The performances can be enjoyed from their premiere and during the following 48 hours and are for the full benefit of the participating artists.

The name “Flourishes Independence” has to do with the organizers planning to do so in September. It is important to mention that it will be the first proposal that will reinaugurate in this new normality and modality the Teatro Independencia

More music to enjoy at home

The Folklore Festival closes a series of great performances with six must-see concerts. It is that the jazz  and tango festivals have already been held. But, in this case,  folklore will be in charge of closing these cycles  and will have the participation of Mendoza artists of recognized career, but will also be the space for young artists with a promising career and much to tell.

On Friday, November 13, at 20, Fuegoiagua, Alejandro Sicardi and Daniela Trovati will be presented. While on Saturday 14, at the same time, the shows of Leo Rivero, Pablo Luján and Érica Golvas will be broadcast with “Salada de Loop”.  Always by the content platform www.mendozaencasa.com and Acequia TV.

Cristina Pérez Grupo presents Fuegoiagua , a concert with its own compositions and that make up the album of the same name. The songs explore traditional Andean rhythms and merge with other Latin Americans, rock and jazz, generating sonorities that emerge from the Argentine Andes, but travel without limits, with all rhythmic freedom, nourishing the performance of an original colour.

Alexander Sicardi. The artistic proposal of this singer-songwriter from the city of Mendoza covers various musical genres, with a strong commitment to Argentine and Latin American folklore. In lyric, his compositions have a strong poetic commitment to social events, stories and characters from his land.