Over 90 years of troubling

The troubadours of Cuyo are one of the greatest exponents of our native music. They have been on stage for over 90 years and several generations. 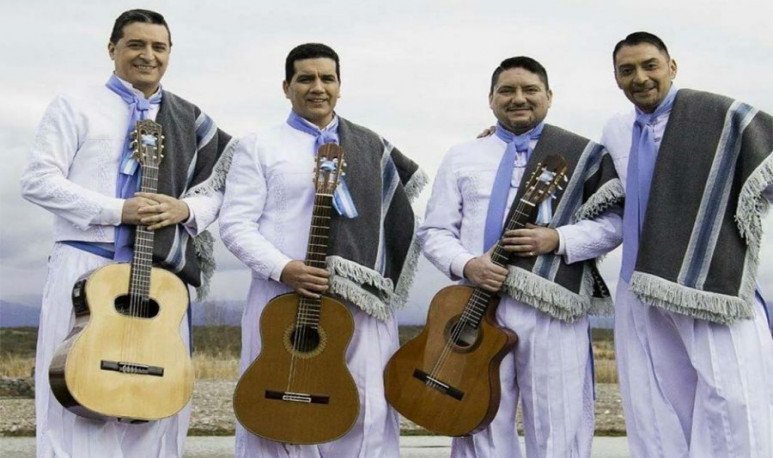 The name of the group

It was a Mendoza journalist who, referring to the  departure to Buenos Aires, in 1927 , of these singers, wrote:  “Los Trovadores de Cuyo are gone”, without thinking, surely, that he was definitely baptizing the ensemble that was marching towards their consecration. Although there is another version of the origin of the name of this ensemble that says that, performing in the late Florida Street Cinema, in the Federal Capital, the  newspaper La Prensa , seeing the excitement aroused in the public of Buenos Aires, greeted them with a  “Welcome... Troubadours of Cuyo!...”,  the name with which the ensemble was first known and which would be recorded forever.

They arrived in  Buenos Aires in 1927.  That same year they recorded their first album on Columbia. It contained two themes: the chacarera  “Prenda de mi corazón” and the waltz “Deseando”,  both by Hilario Cuadros. Some time later, between 1929 and 1930, guitarists  Alberto Quini and Roberto Puccio  joined the duo and began  touring various countries, including Chile and Peru.  Soon the ensemble filled theatres in Buenos Aires and their songs were broadcast on  radio folkloric music programs    National .
This conformation we mentioned — Morales, Cuadros, Quini and Puccio — was maintained for several years.

The group should be organized

During the duration of  Los Troubadores de Cuyo ,  Don Hilario Cuadros always played the 2nd voice, while the 1st was changing , although it should be noted that sometimes Hilario Cuadros sang as soloist, always within the ensemble.

Hilario and Senra composed and performed more than one hundred and fifty coplas together. Fortunately, some time later Cuadros returned to the group and the group toured the Andean provinces.

There were important singers who made up the ensemble, always making first voice, we can mention Juan Cisneros, Clemente Cancello, Felix Blanco, Tomás Lucero, Manuel Ortiz Araya and César Torelli, among others.

Mention should also be made of the guitarists who made up Los Troubadores de Cuyo. After Quini and Pucio, there were Benjamin Miranda, Martín Herrera, José Herrero, Alfredo Alfonso, José Zavala, Julio and Chango Arce, José Ignacio Rivero, Tito Francia, José María Hoyos, Lino Zeballos, Rafael del Pino, Sorini, Julián, Lainez, and  even said he played Atahualpa Yupanqui , although there is certainty of this, except for the statement made in a report by Don Hilario's nephew, Carlos Cuadros.

In 1956, Los Troubadores de Cuyo were hired to record with Radio Belgrano.However, in the same year,  at the age of 54, the father of the group , Hilario Cuadros, died  due to kidney failure in the neighborhood of Villa del Parque, in Buenos Aires Aires.

The remains of Hilario Cuadros rest with his great companion Domingo Morales in the Pantheon del Gaucho , in the province of Mendoza, and in his honor it is celebrated every December 23, the date of his birth, the Day of Tonada.

After Hilario's physical disappearance, the group Los Troubadores de Cuyo ceased its activities for more than 30 years .  In 1988 , the musicians Sergio Santi, Cristian Frete and the Chiofalo brothers decided to return to the artistic path of this legendary ensemble and, following the request for permission from the widow of Don Hilario Cuadros to continue using the group's name, Los Troubadores de Cuyo; they return to scenarios.

In the following years the group toured the United States , Canada, Colombia and performed at various festivals performing the coplas traditional and better known of the Cuyano group and incorporates new themes.

In 2014, the ranks of members of Los Trovadores de Cuyo changed again and today the group is made up of artists Gustavo Olivera, Gabriel Arias, Ariel Flores and Maximiliano Molina together with Cristian Ferré . This new continuous formation, with the legacy of Hilario Cuadros, keeping alive the spirit of this great singer in each of his songs.

Vane Mihanovich: a Musician of Race