The piece by Ariel Ramírez and Félix Luna is the best-known autochthonous musical creation on the planet. In just over thirty minutes, faith and tradition of a country made song. 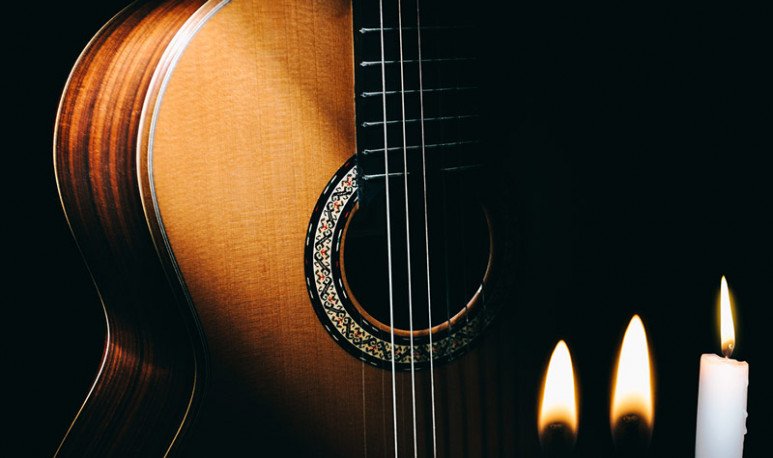 Few works of art produce such a sensitive state, both homeland feeling, as the “Misa Criolla” by Ariel Ramírez and Felix Luna. Try it out . It can be heard in Mercedes Sosa, or in the Spanish José Carreras. Or the tremendous Zamba Quipildor, or in the original of Los Fronterizos, phenomenal the record in Germany, or enjoy it in the Greek Georges Dalara, the tenor that made it mass in the Middle East.  The millennial rumbling of Domingo Cura and the angelic choir of the Cantoria of the Basilica del Socorro, a few seconds from the Kyrie baguala, and without one being devoted or religious, the body shudders. Even the bones. Not to mention if Jaime Torres's charango enters.  It is enough to close your eyes to see the humble faces of men and women, who pass haulted in the hard land that loves the Lord , and who made dreams and sorrows a nation. Ramírez's orchestral genius, and his intense knowledge of folk melodies, found a sublime realization that pooled a revolutionary epoch spirit, the wings of the New Songbook, and an aura that was rooted in those who had no voice. Not for nothing the “Misa Criolla” opened the doors to folklore in the late 1960s, and gave  universality  to the native song, one it conquered from the Vatican to Nigeria, from South Africa to Japon.

“I don't think that to interpret it you must necessarily be a religious man,” says Facundo Ramírez in a quote from the daily Clarín in 2017, and who follows his father's legacy, “In any case, you should be a spiritual man to be moved by the beauty of the work. In that sense, I always board more like a work of Peace, by its own texts.  We live wild times and a call to peace is always urgent and necessary,”  stressed the composer and pianist. To the print, to the print.

To get to the record event of Christmas in 1964, and a premiere that was in Montevideo, we have to go back a decade ago. And in the middle of history,  Ariel Ramírez (1921-2010)  In the fifties Ramírez resided in Europe, in order to perfect himself in piano and composition, and he earned a living as a master in a mountain post. There he studied folklore in Vienna and Madrid, when in the country it was a disparaged knowledge and, in the media, resisted despite radio theatrical successes, and the thousands of couples in the  urban dancers.  At one of his stays in Germany, Ramirez meets a convent in  Würzburg  and befriended two Dutch nuns, who initially did not speak Spanish, but “prepared fabulous dishes” While he had lunch on an economic menu, the young Santafesino observed a landscape “splendid” semi-wooded and a huge house collapsed in the distance, he told Pacho O'Donnell. One good day, and with some discomfort before Ramirez's self-absorbed face, the nuns Elizabeth and Regina Brückner, in an improvised portuñol lashed with” in that now charming forest, and in that white house, five years ago a Nazi concentration camp was running (Ramirez andiacute; rez says he almost fainted)... they - the nuns - felt mercy for the men who were detained. They took pity, and all the leftovers of food from the convent, one night, they put them in a bag, and putting their lives at risk - because it was the gallows to help a Jewish- they dumped beside the fence and put it there... the next day the package was not; the next day they did it again, and so during antilde; or and a half. Helping, they didn't know who... those poor people who were waiting for death, looked at them close by, and their eyes were of thanks.” That is the fire of infinite love and solidarity that would define the “Misa Criolla”, and the musician would have in mind on the return to the country. in 1954, “I was returning by boat and in the middle of the Atlantic I began to recall the nuns' account. I was moved by the love of the nuns, and that they had opened with me through the passion for music... until I realized that I could only thank them by writing a religious work in their homage. But I did not know and could not do it.” That changed in 1963 when the Second Vatican Council of Pope Paul VI authorized the masses in local languages, before the liturgy was only in Latin, and with the translation of the texts of A. Catena, A. Mayol and J. G. Segade - the choral arranger -  the sketches of the mass took the forms of the Argentine . The  Kyrie  in vidala-baguala, the Gloria in Carnavalito — Yaraví, the Creed in Chacarera trunca, the Sanctus in Carnival Cochabambino and the  Agnus Dei  in Pampean style. But it still needed to make it more Argentine, in letters too, and Ariel's compadre,  Felix Luna (1925-2009),  put into words the feelings of the immense geography, landscape and soul, from La Quiaca to Tierra del Fuego and the Falkland Islands.

In 1956 the roads of Luna and Ramírez crossed in the proselytizing campaign of Arturo Frondizi. Both men of radicalism composed jingles to the presidential formula that would be elected in 1958. Luna worked as a journalist and university teacher, recently deployed his most well-known later facet as a historian with a pioneering biography of Hipólito Yrigoyen, and shared with the pianist the same love of folklore, which he learned from his father in the quiet afternoons of Rioja “Zamba for you”, a love poem for Luna's future wife, was one of the first collaborations that flourished in the distance. The founder of the influential magazine “Todo es Historia” (1967) performed public functions in Switzerland and Uruguay, something he would repeat in the Buenos Aires Culture Secretariat under Alfonsín's presidency. But in 1964 Luna was fundamentally a journalist in Clarín, and in Folklore magazine, and the phone rang, “Ramírez told me that he was composing a mass with a creole air... Mass was composed but, to complete the album, he was missing five or six carols, and he asked me if I was encouraged them to do them,” wrote the author of “El 45” (1968) and “Soy Roca” (1989), who traveled in a Fiat 600 from Constitución, writing the newspaper of the Noble, to Belgrano, home of Ramirez.  And in one bet changed forever the way we celebrate Christmas in Argentina , “Five or six carols are the same thing, it is to repeat the same themes. Rather let's try to make a kind of Creole altarpiece with the most important moments that surround the Birth of Jesus,” said Luna; and with that they imagined the music that would flood with poetry valleys and mountains, cements and stones, mountains and pampas, in each popular celebration of the 25th of december.  This journalist was fortunate enough to attend a live setting in Tilcara and, still, his eyes are wet.

“Christmas Nuestra” was the title for a repertoire that includes “The Annunciation” — chamamé, a musical genre World Heritage since 2020 according to UNESCO—, “The Pilgrimage” - pampas footprint, and classic classics in peñas and school choirs, “El Nacimiento” - vidala catamarqueña -, “The Shepherds “-chaya riojana-, “The Three Kings” — takirari, and another unalaltable from the songbook of Argentine girls and boys, and “La Huída” - vidala tucumana — Luna asserted that he wrote the lyrics “miraculously” in one night and that was ready to be recorded. That night Felix entered the gallery of great lyricists of Argentine folklore, between the Yupanqui and Armando Tejada Gómez. And yet Luna had not imagined with Ramírez, and Mercedes Sosa, the lyrical summits, eminently popular, of the albums of “Mujeres Argentinas” and “ South American Cantata”!

La Misa Criolla is the sum of Argentine folklore

Of course, there are no cuyanos or Patagonian rhythms. Or tango. And yet it is impossible that national sentiment does not emerge because in its melodies it shines a collective destiny. Simple.Catholic inspiration is inseparable and, anyway, humanity without dogmas, not far from the secular inspiration of John Lennon's “Imagine”, permeates his verses, his fraternal and solidarity orientation that motivated the brave Dutch nuns. In addition, and in that another explanation of his permanence, a modernity that was presented in Tejada Gómez's New Songbook, Oscar Matus, Sosa, and other artists in 1963, “the  NEW SONGbook -in capital letters in the original - does not disdain  traditional expressions or folkl-source expressionsoacute; rich in native folk music, on the contrary, is inspired by them and creates from their content, but not to steal from the treasure of the people, but to return to that heritage, the creative tribute of the new generations... aims to seek in the creative wealth of Argentine authors and performers,  the integration of music into the diversity of regional expressions in the country... through new and better works that express it” , poets and musicians closed in 1965, and together with intellectuals and artists of various fields. Not far from them, in the same river, Ramírez's orchestral imagination, and Luna's neoromantic poetry, totally contemporary, were his companions on the path of the renewal of folklore - which blows and blows still.

Those who were not very convinced with the “Misa Criolla” were the owners of the record company, Philips. To them it seemed like a work of “avant-garde” And with Ramirez's promise that they would sell at least 2500 copies, Los Fronterizos, Eduardo Madeo, Gerardo López, Cesar Isella and Juan Carlos Moreno are hired. They enter to record in October in Odeon studios in quick “miraculously” sessions, smoothly.  At Christmas of that year they sold 500,000 copies and, today, they have 30 million on five continents, the only Argentinean musical piece that holds that record. In 1998 he won a Latin Grammy in the Mercedes Sosa version.  And there would be countless achievements for the Guinness of the “Creole Mass” of Ramírez-Luna. Let's go to those who matter, “My deceased father made us listen to me and my five brothers this beautiful music. He had his version on vinyl record. I bought it on CD and we listened to it with my wife and kids. Also now my grandson listens to it and may the good God be a tradition (good by the way) of Argentine families and the world. Thank you very much!!!” narrow a person on YouTube. A good Argentine Christmas tradition that makes the world chacareras and bagualas sing, waiting for a better tomorrow. In Paz.