Home Argentine Music Miguel Mateos: The man who teleonated Queen 40 years ago became the “head of rock in spanish”

In March 1981 the musician, with his group Zas, was the first to play for a crowd, then developing a historic musical career that quickly transcended borders. 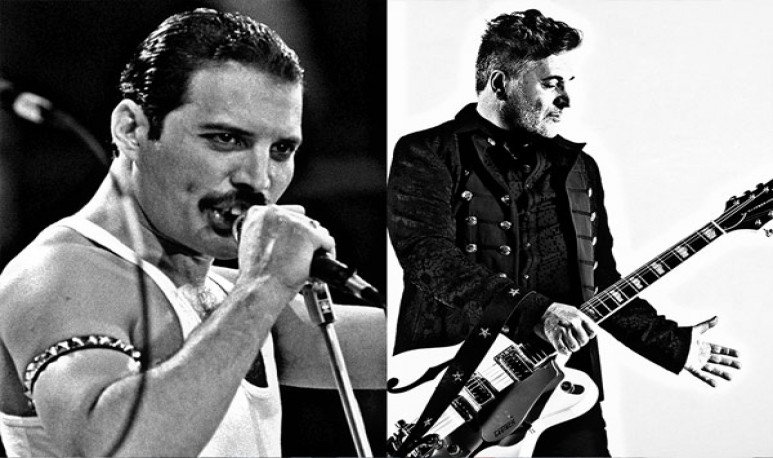 His life is a mix of fairy tale, a lot of work and the conviction of adding to his artistic talent the articulation of a style that captivated millions of fans. In February 1981, when history had reserved him a privileged place in music sung in Spanish (Spanish), his life changed when the demo they sent to a production company was chosen by the businessman who brought Queen to Argentina. That decision meant that in a matter of hours he had to put together a formation to play before the English band, at that time the top rock group in the world consideration. The visit of the English to homeland ground marked a before and after in the mass entertainment industry. At that time Miguel Mateos urgently summoned bassist Fernando Lupano and guitarist Ricardo Pegnotti who, along with his brother Alejandro Mateos on drums and he on keyboards, would become the first musicians to play for a crowd in a football stadium.

Alfredo Capalbo was the legendary businessman who brought Queen to play in Argentina, four concerts that finally added a fifth recital in Buenos Aires. On February 28 and March 1, English musicians landed at the Vélez stadium, a tour that brought them to the country to present the albums “The Game” and “Flash:Original Soundtrack”, when “Miguel Mateos Zas” had the difficult mission of opening them to the foreigners every night in the neighborhood of Liniers. What the young artist did not imagine at his 27 years was that he would become, obviously by circumstances of fate, the first musician to give a recital in front of almost sixty thousand spectators on a football field. During those nights, people obviously didn't want to know anything about opening acts, a position that let the Argentine band know with awkward whistles and purazos on Saturday, February 28, 1981, when Argentina's president was Jorge Rafael Videla.

Remembering those nights that occurred four decades ago, Miguel Mateos does not avoid being honest by cancelling any filter to his expressions. “How do I remember it? in those days with my brother we were screwed in our paws, we played in little pubs for 20 deaf and suddenly we had to act in front of 50,000 people. It was a very important challenge, we had a lot of panic, the first night people ignored us Olympic, while on the side Juan Alberto Badía encouraged us without stopping,” says the rocker singer-songwriter, dates where they flew some purazos for the impatient to see the British band. Of the five shows that Queen gave in Argentina (three in Capital Federal, one in Mar de Plata and one in Rosario), Mateos and Zas only participated in the three held in Velez, a story that changed something with the second and third, when some lukewarm applause came out. 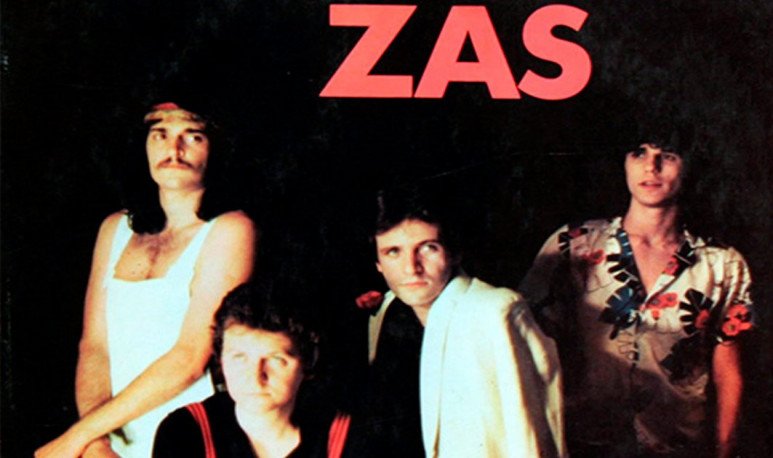 From that week with the British stars in Argentina causing a real and unusual shock in the group's followers and the press in general, Miguel Mateos in those days much more prefers not to remember, understanding that the focus was on this English super group that arrived in the country in his best musical moment. The great UK band was running very safely, private bodyguards and only guitarist Brian May decided to break the protocol, approaching local musicians in an isolated operating bump. “I had a brief contact with May, we exchanged few words and gave me a penny that he used as a barb, was despite the very polite brevity and cuts, breaking a certain distance,” says Mateos.

The story after those nights is well known. A year after the recitals, the war in the South Atlantic between Argentina and England over the archipelago of islands led to the breakdown of relations, a bloody war with thousands of dead and the impossibility of the return dreamed by fans of the “musical queen”. The closest Queen happened after that iconic 1981 week was her visit to the “Rock in Rio 1985” Festival, a performance that marked a before and after on Carioca soil on the tour of “The Works”. In November 1991, Freddie Mercury died of pneumonia aggravated by his AIDS disease, which in those years had no medicines to combat it. Queen returned to Buenos Aires twice, with Paul Rodgers and Adam Lambert in the new millennium, but without Mercury and also without John Deacon, that band was a ghost of itself.

Miguel Mateos and the different formations of the Zas group were, until 1987, from minor to major with two unforgettable works. Since the debut album in 1982 with the nomenclature of this band added to its name, came after “Huevos” (1983) and “I have to stop” (1984), albums that made great hits such as “Ta up”, “Huevos” and “A little of satisfaction”. The excellent show of that moment was genially witnessed in “Rockas vivas” (1985) recorded at the Teatro Coliseo, a record that, among the different and constant reissues and formats, exceeded the 2 million units sold, surpassing by great difference Fito Páez's album “El amor afterwards of love”, which at the time achieved the attractive figure of 600 thousand compacts sold by the Warner Argentina label. 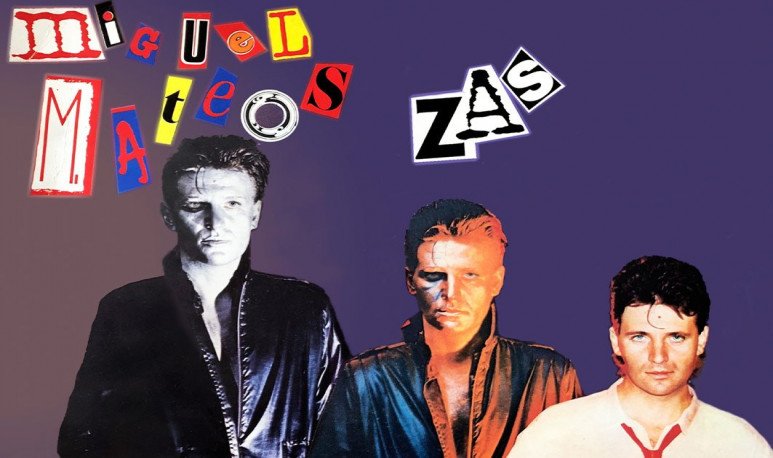 The most important album in Miguel Mateos's career with his group and as a soloist is “Solos en América” (1986) recorded in the United States, album that catapults him throughout Latin America with great songs like “When you are great”, “It's so easy to break un corazón” and & Call me.” At that time the musician went from playing in Obras to places like the Velodrome, where he gathered almost 30,000 followers and Latin America surrendered at his feet with the edition of that work throughout the continent. That project produced with filmmaker Kim Bullard, was and continues to be key in the career of the great Argentine musician.

The last album with the formation “Zas”, which at that time brought together great musical stars such as “Negro “Carlos García López, Ulises Butrón and Cachorro López, was the album “Atado a un sentimiento” (1987). After the tour of this work, Miguel Mateos established residence in Los Angeles while specialized media and audiences across the continent declared him the “head of rock in spanish.” Beyond the good response he got in Argentina with his fans, the media and a certain part of the industry distreated the musician for residing in the United States, times where Miguel concrete very few performances in Argentine territory.

Residing on American soil, the artist launches “Obsesión” (1990) as a kick-off of his new phase as a soloist and great phenomenology further increases its dimension. After this album comes his new work “Cocktail” (1993), recorded live with a couple of studio songs, “Kryptonita” (1991) and the controversial album “Pisanlov” (1995). Incredibly, this album is published throughout the continent... except in Argentina, due to a rough conflict with its label editor, forcing its loyal followers to acquire it as a foreign record in countries like Chile or Peru. After breaking up with Mercury-Warner, the musician signs with Universal Argentina and launches “Bar Imperio” (1998), one of his great studio works. 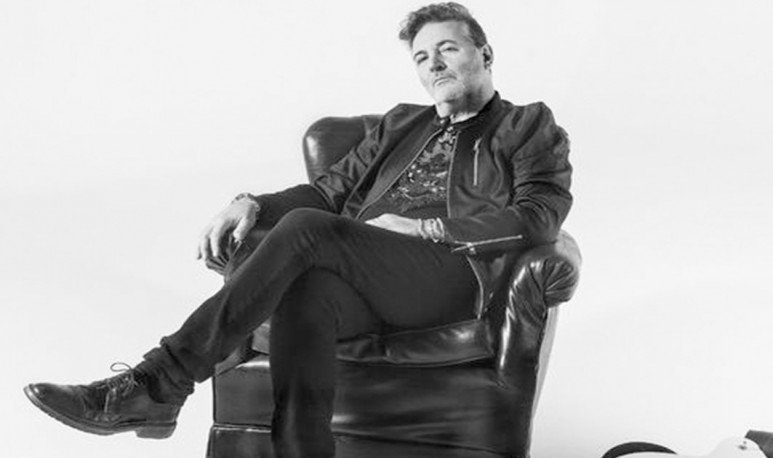 After the fall of the Twin Towers in the U.S. In the US, De La Rúa's resignation at the end of 2001 and the crisis with five presidents in a week, Miguel publishes “Salir Vivo” (2002), a project that brought together many songs from a fantastic concert at the Teatro Astros and several unreleased songs. Then come “Uno” (2005), “Fidelidad” (2008) and a new live work called “Primera fila” (2011), the first with Sony Music recorded at the University of Music in San Telmo, with the presence of Spanish Malú and Mexican REIK as special guests.

We should stop for a second on this live work. Just as at the time the mega boom of the album “Rockas Vivas” had resulted in the publication of the first Home Video Home, VHS registered at Luna Park, the edition of “Primera Fila” had the honor of being the first live film that in addition to appearing on DVD also was released on Blu-Ray, another of the star formats of that time.

Before divorcing from Sony Music Argentina, the musician released “La alegría has returned to the city” (2013) and “Electropop” (2016), not without first reediting on high-quality vinyl that classic “Solos en América”, presented in Obras during 2017. The last work of the great Argentine singer-songwriter is “Undotrecua” (2019), material that first appeared on digital platforms, but which, by the agency Booking & Management, also had its physical edition with a CD released by DBN. While coordinating his first face-to-face performances, the musician elaborates new themes for a studio work, a stage in which the well-known journalist Gustavo Bove finishes details of what will be the artist's official biography, a book that would appear in spring through Editorial Planeta throughout the continent.

Forty years after those concerts opening to Queen, Miguel Mateos not only became the “head of rock in spanish”, but also one of the key musicians in our history with his great albums and songs.