We know Miguel Angel Morelli, one of the great composers of Santafesino folklore. 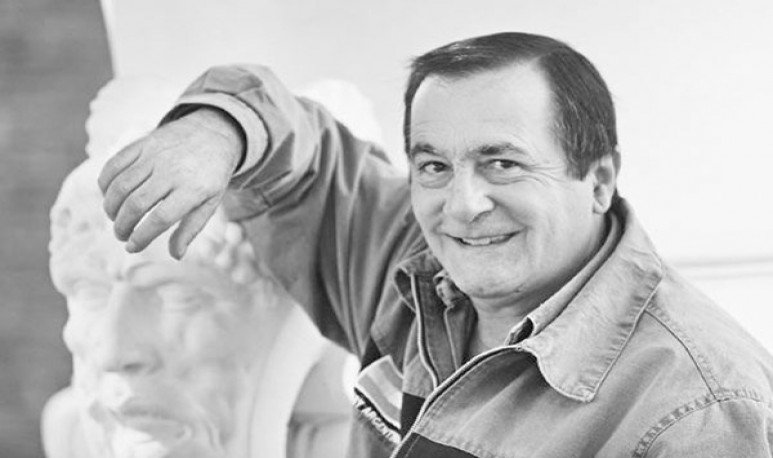 In which school in Santa Fe did the chords and verses of “El Moncholito Ramón” not sound? That little moncholito despised by the Mojarrita Palmira, who learns to recognize his true values when he saves her from being eaten by a Kingfisher. Saying the author, he discovered that “the cute and the ugly lies in the  heart .” Besides, who hasn't been excited to hear “Requiem for a Polisher Child”? The real life boy, who  walked through the offices of the Legislature shining shoes, hungry and donated clothes , to die of cold on a winter night.

Songs such as “Cantor de Oficio”, “For this love without time”, “Zamba gris”, “Entrerriana por otros”, “Santafesino pride”, “They called it currency”, “What are you my chamamé”, “Grandparents Rosa and Juan”, and so many others , are heard in the media with frequency and have in common the special sensitivity  that Miguel Angel Morelli puts in his lyrics.

He was born in Vera, but during his childhood he lived in Santa Felicia, surrounded by a nature characterized by mountains and quebrachales that endowed his childhood with the mystique that feed the fantasy of legends and mysteries, dumped in his lyrics with the  unmistakable style of the simple man who inhabits the villages Guys . The chamamé also penetrated his veins early, as limited access to media meant that only one Goya radio, Corrientes, was heard in which this rhythm sounded continuously.

Inspired by the singing with which his mother accompanied domestic chores, he began as a singer, performing on local stages, until at the festivals “Paso del  Salado ” and “del Litoral” Argentino” won his first awards.

Others shine with their light

Thereafter, he performed at the Cosquín Festival with the delegation of Santa Fe. But it is in 1976, at this festival, when he received the first prize in two categories: author and performer. This award causes the Polydor company to record its first recordings. Performances are taking place in many  national and international festivals where he has also received awards .

Great artists choose him as the author of the works they perform. Only some are Antonio Tarragó Ros, The singers of Quilla Huasi, Cesar Isella, El Chaqueño Palavecino, Los Tucu Tucu.

Undoubtedly, something that fills him with pride, as he expressed it on several occasions, is that  Mercedes Sosa opened his recitals around the world, for eight years, with his song “Cantor de Oficio”:

My job as a singer is the trade
Of those who have guitars in their soul
I have my workshop in the stars
And my only tool is  throat .

My job as a singer is the most beautiful
I can make garden of deserts
And I can revive something already dead
by singing a song.

I always sing my
sorrows My friend's ones too
If my people have sorrows
Then I sing my coupla again.

No one should believe that the singer
belongs to a strange world
Where it is all scenario and fantasy
The singer is a man who
walks the streets and days  Suffering the
suffering of his people
And also beating with his joy.

My singer's job is so beautiful
that I can make those who hate love
And I can open the flowers in autumn
by just singing a song.

A necessary link with his people

This “poet of the people”, as he dubbed it, is  the author of almost a hundred recorded works  and a book in which he compiles poems and songs. In fifty years of career also as an interpreter, he continues to give himself  generously  to the public. Scenarios, television channels and radios are still platforms where you can find it. Without forgetting their origin or people, he has a close and affectionate relationship with them.