We tell you the story of the first indigenous woman authorized to do something that only men were allowed. An artist who plays her and knocks down mandates. 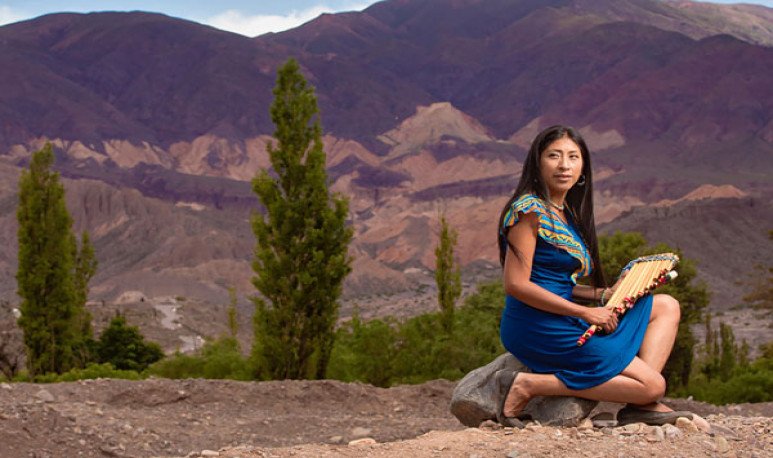 This woman  is a teacher, luthier, multifaceted artist and founder of the “Encuentro de Mujeres Artistas de la Quebrada”.  This is  Micaela Chauque, who shared the stage  with outstanding artists  and moves in the field of arts  since childhood.   At the age of 11 he composed his first song and his latest work,  Jallalla , won the Carlos Gardel Award as  “Best Folklore Album for Female Artist” in 2019.

She had the honor,  through her music , of gaining trust and  breaking with an old tradition . He had the courage to open the way for new women who encourage the Andean genre and music. Micaela was the first woman of the Quebrada de Humahuaca who  was authorized to play the quena,  an instrument by the  exclusive tradition of men.

This artist  was born in the colla indigenous community of Finca Santiago, department of Iruya, province of Salta. Soon after completing her studies, she moved to Tilcara one of the main cities of  the Quebrada de Humahuaca (Jujuy),  which is why she is also included among the  Jujuy musicians.

Beginning of a small revolution

Since childhood he established  a special bond with musical art,  and at the age of 15  he played the instrument  that was allowed only to some men in the community. It was  the quena, the instrument  that helped her make her  little revolution.    “ Traditions indicate that wind instruments are executed only by men,” Micaela tells  the media , and follows:

“ Many years passed, I finished studying in Salta and returned to Tilcara. Until that moment, I was going out to play on stage, but it is not the same as playing within (community) festivities where there is  respect for traditions and roles.   Among them,  some of the men  are the ones who play the wind instruments, so what I did was introduce myself to play at a community party.”

Micaela did not hesitate to follow the rhythm of her heart:   “I said I wanted to play the quena and, as they already knew me because they had seen me, they said, “Let's see, play! ' That was the first time I was encouraged to do something like that  and they listened to me.   The women around began to sing, put together wheels and  dancedIt was very nice to see that they were moving to the rhythm of what I played!   I had to play several hours  because the custom is for the instruments to run for many hours and I wanted to do it like them and show that I could. So I played all afternoon, I was stopping for a while, they were changing wheels, spaces and they said,  'Okay, good! Now you can play the quena! '   That was the acceptance I had.”

Those who authorized her  to play this traditional instrument   were the elders of the community.   They belong to the  Encuentro de Cantos de Copla,  so their approval in the artistic field is  indispensable  . It is these same adults who follow traditions and are responsible for  perpetrating them,  because practically young people no longer do so. 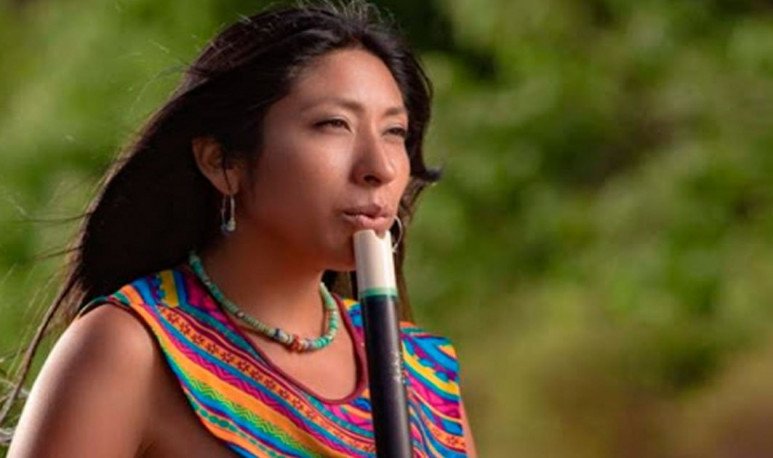 Micaela learned to play guitar as a child , then went on with the charango.  In adolescence he came to a  siku and there was no turning back to that sound: with that little one  he learned from the power of wind and melody .  And with the secrets of nature ,  he built his first siku with dried bamboo canes discovering an activity he loves, luthery. And from which he learned a lot out of his unstoppable curiosity. Micaela always liked  to study and read,  constantly training in music and dance. Thus, he came to revolutionize the music world with  its innovation and senses.