The Nighters, without Mario, continued to dazzle on stage, but nothing was the same without him, who now announced his return to the group. 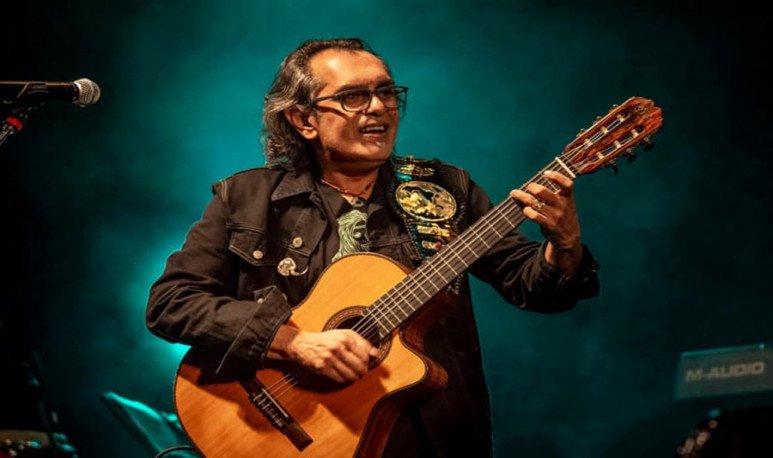 The image of the folklorist is severely conditioned by his son's judicial situation and it was what led him to distance him from   Los Nocheros  . As if that were not enough,  Mario Teruel  was also prosecuted for a cause of planting and growing  drugs . The decision was probably to prevent the personal storm he lived through from affecting the whole group.

Teruel seems to have found some peace, and the announcement of his return to the group took strength on his social networks.  Kike Teruel  had also let us glimpse that Mario's return was close. The singer uploaded a  video  of a new song of Los Nocheros and is seen singing with his teammates. To see them together again we need less, the first date will be in Tucumán and then in the mythical  Balcarce street in Salta , in one of its bars.

Again as a quartet,  Los Nocheros  will perform the tour of the album  Sol Nocturno , the twentieth of its history. The themes expose to the maximum the genetics of the group combining northern  folklore  with romantic ballads. In the composition of the album, the protagonist of reality  La Voz Argentina ,  Maggie Soria , has participated. The young  Salta de  Metan, a graduate in musical arts, is a teacher of music workshops and also conducts a children's choir. Los Nocheros represent a huge leap in his artistic career.

This is how the  calendar  of folklorists for Argentina and America was defined:

For Los Nocheros, Chile will be the first stopover in Latin America. In addition, the group's travel schedule would be marked as potential destinations  United States  and  Europe .