The Bertoldi sisters were born in Sunchales, Santa Fe. Today, each on its side, are references in Argentine music. 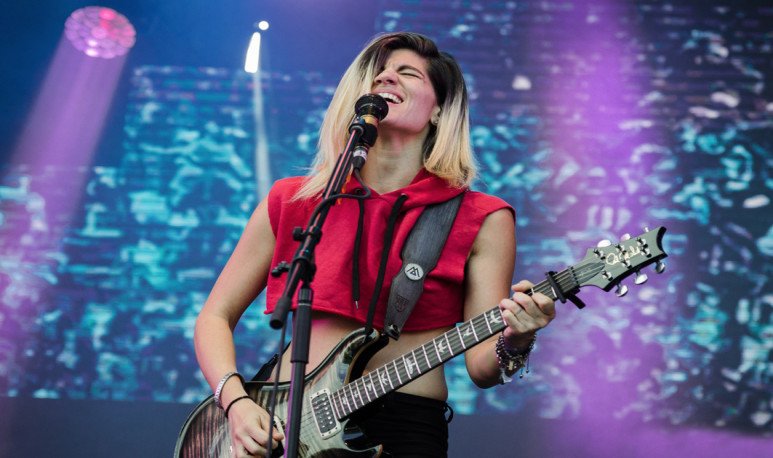 Sisters Marilina and Lula Bertoldi have become an unavoidable reference in the current Argentine music scene . Their voice, musical talent and commitment to the feminist cause have placed them in a place of  strong prominence in the contemporary cultural scene.

Argentines do not doubt that our country is an inexhaustible source of talented musicians, who have gradually earned their place on the Latin American scene. But unfortunately, in recent years there was a certain emptiness in rock. The question is always about who or who will get the purest Argentine rock afloat. Fortunately, Marilina (Maru) and Luisina (Lula) Bertoldi came to the rescue,  two sisters with enormous vocal strength, ready to take over  their respective bands of that weight.

Maybe you've heard about them or their bands: Eruca Sativa, Lula's band, or Connor Questa, a project by Maru Bertoldi before returning to his solo career.

Currently, Eruca Sativa is one of the most popular bands even outside borders, thanks to the excessive strength of this power trio in both live and studio versions. Lula is accompanied by Brenda Martin (bass) and Gabriel Pedernera (drums), completing the formation that overflows rock wherever you look at them.

But Marilina is not far behind, since the least of the Santafesinas is for some the most talented of the two, although it is at the same time the most “underground”.

Situation that changed drastically in 2019, when  Marilina achieved a historical feat.   She was the first rocker woman in the entire history of the Gardel Awards to win the biggest prize of the competition, the Gardel de Oro. For these reasons, Marilina Bertoldi earned the nickname “the queen of feminist rock”.

If there is something to stand out from both is their voice, which resorts to sweetness when necessary, but it seems much better incaused when it comes to power, with its unmistakable turns of hoarse voice. This is present both in one and another.

Marilina started her career under the pseudonym Marilina Connor Questa, quickly gave way to “Connor Questa” as a band. Since that moment, he has earned a well-deserved place on the country's music scene,  as a soloist, he overflows talent.

Lula founded Eruca Sativa  with two known companions in the huge rock scene of Córdoba capita l. The three members had had previous projects and had known each other for a long time in the Cordoba underground, and around August 2007 finally decided to shape the project under the name of Oruga that reflected the idea of constant change or transformation of the band. However, this name did not persuade the musicians and decided to change it to Eruca Sativa which is the Latin name of caterpillar and Sativa means wild On December 5 they make their first live performance. From there,  a dizzying career to success, in Argentine rock.   For no less than a decade they have been referents for thousands of young people who start in this world. They are multi-award-winning and released many musical and audiovisual productions.

Lula and Marilina do not have, we must say, a great affective bond with their native Sunchales. But the city of the interior of Santafesino does not cease to have them as a standard.

In short, although they have been in music for several years, the Bertoldi sisters  are something you should not fail to pay attention to . They promise to be central chapters in Argentina's important rock history .