We tell you the story of “La Mama” from Argentina. A Catamarque character who, with his voice and singing, became an eternal place in our hearts. 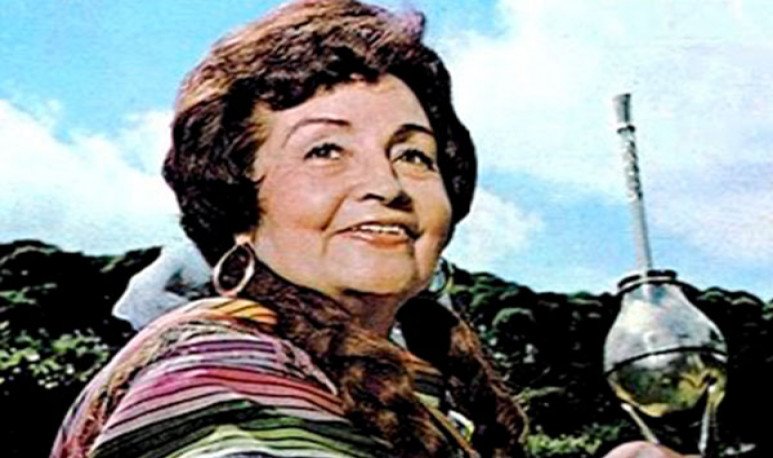 Margarita Palacios was baptized “La Mama” as  soon as  she began her musical career,  although her original name was Maria Mazzacaro. She was born on February 22, 1911 in Santa Maria, Catamarca province and, barely able to,  began to conquer the world with her voice.

La Mama served as a  songwriter and singer of a unique quality.  Catamarqueña like herself, she made a place on the stage of  Argentine folk music.  Currently, it is considered  one of the precursors of the “boom” of Argentine folklore produced since the 1950s.   She is the author of the well-known  cueca “Recuerdo de mis valleys”, which would musicalize the memories of a golden age in the musical field.

Margarita was born with popular and artistic roots.  She is the daughter of Tucumano Eudoro Palacios, the famous Tony Totó del circus creollo (owner of Circo Palacios) and Teresa Pascual,  actress and circus contortionist.   From its inception , the singer spent all her childhood and adolescence in the circus, growing up and at the same time  learning trapezoid numbers and capillary strength.

Her singing was markedly regional,  La Mama endowed her style to any musical genre, giving the rhythms its vocal inflections of catamarquean Andean speaking  . His singing was in itself a work of art. He had a habit of interspersing in his songs, humorous and recited relationships, as well as the sharp cries  belonging to the northern way of singing  .

His sons Eudoro Segundo, Margarita Dolores and Ángel Toribio were  members of Margarita Palacios's ensemble   As a family, they were accompanied in the recordings,  both in choirs and instruments   giving a loving intimacy to each song.

Kelo (Angel) was still linked and  dedicated to art for life , even after his mother's death. The beginning of this family complex  would mark the fate of the whole family tree.

During his artistic career,  he presented three musical albums:  “Me presento como soy”, “Una vida para el singing” and “Alla distant and ago time. Feel folklore” (with Suma Paz). In the album Una vida para el canto (1969), Margarita Palacios is accompanied by  the great Mercedes Sosa  on the song “Me voy pa'l mollar”, a recording that  should be considered historical.   His musical work  is  iconic and representative of a golden age in national folklore.  And that is why La Mama consolidated itself as  a very important figure in the art of singing and many more arts.

La Mama participated in films such as Al compás de tu lie (1950), Cerro Guanaco (1959), Con gusto a rabia (1965) and El canto tells its story (1976). But the big screen also did not reach him and sought  to express his affection for folklore and folk traditions through words.  So he wrote the book “Las comidas de mi pueblo” (1975) about recipes of regional dishes from Catamarca and  the entire Argentine north.

The big city of taste

In the 1960s La Mama decided to migrate and set up  a music and gastronomy venue in Buenos Aires.   It was located on Calle Camacuá 267, in the Flores neighborhood and was known as  the “Embassy of Catamarca in Buenos Aires”  . This place was the corner  where we traveled through flavors and rhythms. 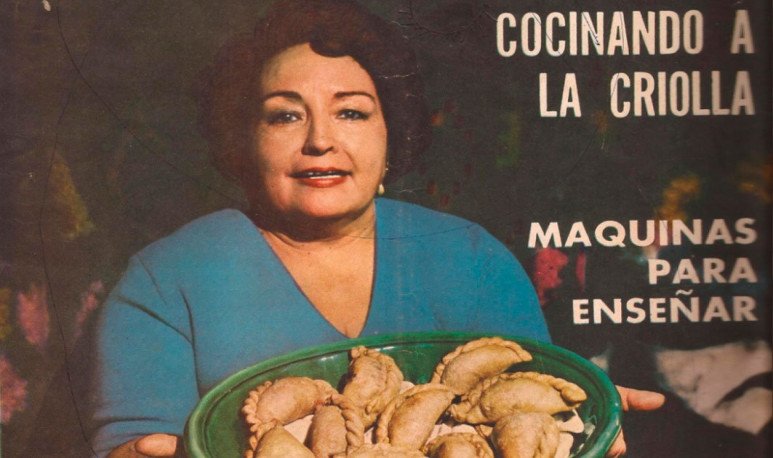 Once he dabbed  into all the areas  , combining art, music, food and folk knowledge,  he decided to leave this plane. He died on July 9, 1983, in Buenos Aires, at the age of 72. And he left a whole country crying for his Mama.