The hand of God, Rodrigo's hit, flies other heights with the lyrical pop version of Hero. We don't have infinity to say Thank you, Diego.

“In 1987 came out the statistics that Diego Armando Maradona was the best known person on planet Earth. So much so that Pope John Paul II called him to take a picture, how are you doing to live with it? Any of us would be a disaster with 1% of everything that went through the Ten   How to judge a person who is so far from our understanding?  I doubt that for him it was such a blessing, very crazy things bear his seal, like people who saved their hairs with the magical “Argentinian? Maradona!” says  Alejandro Falcone, singer of the lyrical pop group  Hero.  In the company of Federico Picone and Sebastián Russo in these days of senses tributes, a little more than a month after the disappearance of the Cosmic Barrel, they version the classic immortalized by Rodrigo,” The Hand of God ”  One now reaches the core in a record that condenses captain fluff's moving postcards with verses that accelerate the hearts of millions. 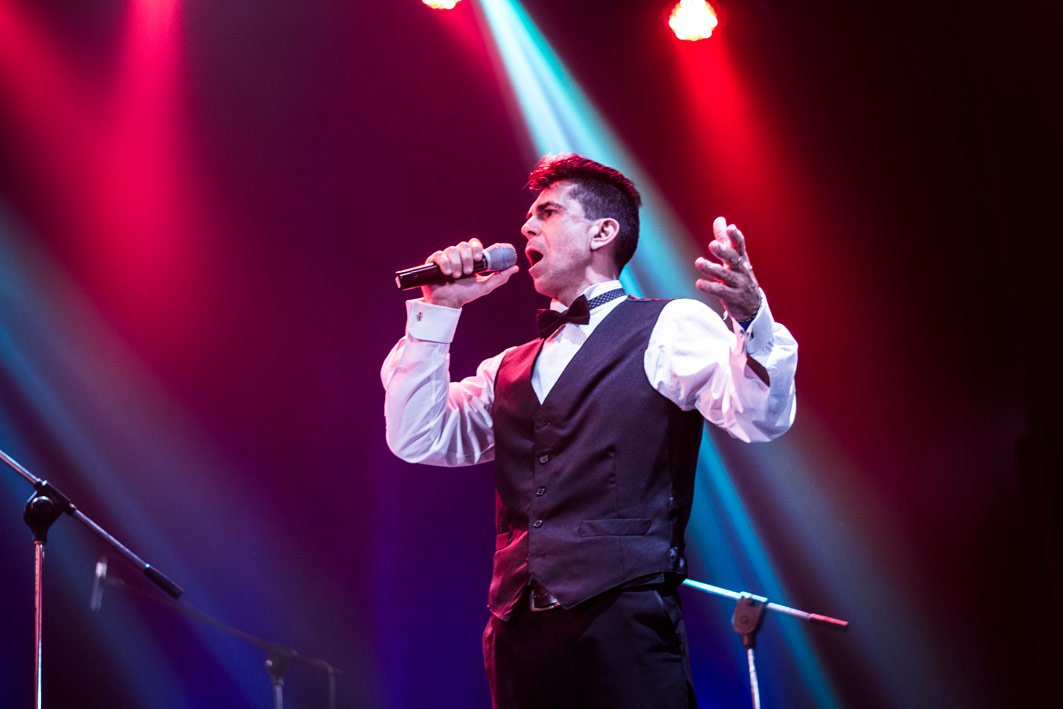 “Maradona has become a legend already in life,” says Alejandro, a baritone with recognized experience in national stages, and born  Hero, the first Latin American group in the genre, “You have to live as much as he, in good and evil.  You are adored five years in Dubai, the capital of ultracapitalism, and with a change of plane, you dance supporting Nicolás Maduro in Venezuela. It's impossible to imagine it in another human being who doesn't have Diego's back width . We'll never know how many lives he lived in 60 years. His life was not to fear anything. He faced fame. He faced power. He faced the money, he was always above the ticket. Tell me, who could judge him? As Guillermo Coppola said, they kicked Villa Fiorito without stop to the top and, when he arrived, Diego himself recognized, he couldn't find anyone to ask how it was done,” recalls Falcone, who with Hero revalued the popular songbook and the immortals arias.

Journalist: Being so extensive the repertoire that celebrates Maradona, from Mano Chao to La Beriso, why interpret “La mano de Dios” popularized by Rodrigo?

Alejandro Falcone: I have a lot of experience singing cover at events and is usually the song requested in the closures. But it also  has the special magic of a popular melody, the quartet, combined with dreamed poetry. It describes perfectly the idol of the village that was Maradona.  Taking it to our lyrical pop genre, in an adaptation of Federico -Picone-, we tried to resignify the lyrics with an epic that we loved in the first rehearsals. Now we'll see what people think - N. de R. ¡dale play! - 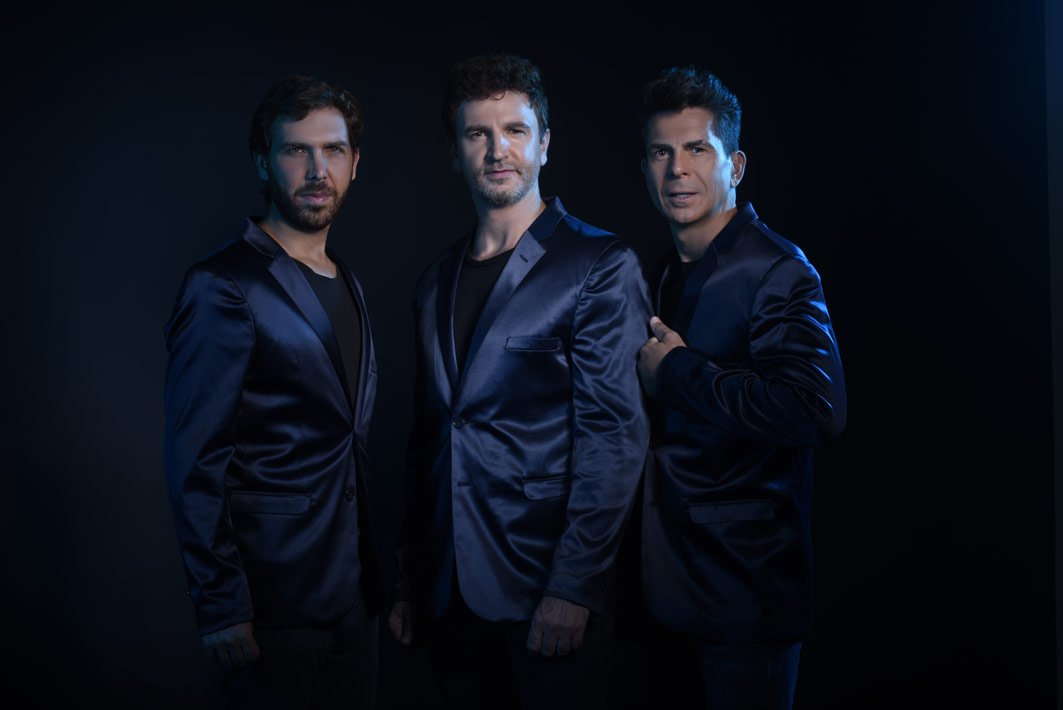 Q. Did you know that he was Maradona's favorite of all those who dedicated to him?

AF: Selecting songs-tribute I revived the moment when Rodrigo traveled to Cuba to sing it for the first time before him. And he had that image on his head. It was the subject. I also knew it was Ten's favorite... if you're Maradona, I think it's hard not to feel represented by this accurate letter.

Q: Whoever sees the video will also have a  racconto  of the Maradona stages in images, was it the audiovisual concept?

AF: There was a thorough search in images although we don't have all the ones we intended. Some are exclusive to channels and do not share them. Anyway, our script was made concrete. In a remarkable work by our filmmaker, the clip shows sequences in Villa Fiorito, a tremendous Diego with the family on a horseback carriage, and several of the celebrations around the world.  We achieved a small four-minute biographical documentary that spans from birth to Rodrigo's visit to Havana. And in the interlude we put the best goal in the history of the world...

AF: An amazing thing. I saw him play and witnessed all the joys he gave us. Everyone and everyone.  For example, the former combatants of Falkland say that it was the closest thing to a revenge but a much higher one, without gunshots or knives. And I think 99.9% of Argentines should feel the same thing.  Because not only does the first goal to the English do it with a cheat, which is to touch the ear to those who arose inventors of football — indeed, a Chinese invention. And not happy with that, he makes a second legitimate goal that is not any conquest, but is the best goal of all the World Cup. Against England, the fourth finals of the World Cup, not in a league match like so many similar Messi did. They once asked Juan Pablo Varsky Maradona or Messi, and replied that Messi is the best Maradona in all matches.  Maradona is epic. You can't argue.

AF: A philosopher friend said he didn't remember a moment in recent history where there were so many sad people at the same time, anywhere on the globe.  One cannot understand that we were contemporaries of a mythological god. And we were his homeland. Too luxury for the Argentines!

Q: What did Maradona represent for you?

AF:  The model of a boy who can be born in the worst conditions, a villa, and if he strives and works with an ideal and feeling, can succeed . He taught me not to be afraid to tell the truth like when he faced FIFA, the Havalange, Platini, Pelé, who were supposedly the elite and spoke  Finolis  in French, and who hid a creeping corruption that no one was denouncing until Maradona appeared. That's how it was because they made it pay everywhere. In the World Cup, you never saw a nurse carrying a player by hand to control the anti-doping... these are things you never saw. Maradona is that person who is born every hundred years, and who writes history.

Two powers greet each other, Rodrigo and Maradona

Q: “The hand of God” has the merit of bringing us the wake of one of the last popular idols, Rodrigo

AF: We chose the song also in homage to an artist from a path so similar to Maradona.  Rodrigo is a popular poet . You listen to their quartets and you have a person who portrays the feelings of the people like no one. A very authentic human being, whether you like it or not. Like Maradona, Cordovan persevered in a dream and conquered a country. I met him when he was working on a very famous album of the nineties and interviewed me by his manager. Rodrigo was not Rodrigo but he already noticed his shocking charisma and, especially, the sex appeal  with women. In the end I didn't manage to sing in  La France  but I got  the impression of a real artist, with the security and disguise that people who influence.

“When we saw the pandemic spread we started working on the second album until live performances came out. Then we spent a lot of time in rehearsals because singing in a self-theatre is totally different from a theater, or stadium,” recalls Alejandro of the shows in the conurbano and CABA, and adds the member of one of the first bands that streamed live in August, “we sang in a self-theatre in Escobar in October and not sabwe were where to grab the sound test. You don't have a bounce. There is no basis for the sound of people listening in a theater. There is a question of reflective effect between audience and stage that was lost because there were no monitors on the stall. Every viewer is in the bubble of his car!  It was like singing in the desert or space . You start to force your voice and you can't find feedback with people. It's not natural.  Then we adapted with a lot of rehearsal and ended up with an incredible function with  Darío Volonté  in La Rural ”, says a luxury season closing. For the first months of 2021 Falcone advances the premiere of new clips, a poutpurrí of Luis Miguel classics, and “Unidos por la paz”, the moving production in the I slas Falcone  with ex-combatants. Due to the frustrated tours of the Costa and Mendoza, the rigor of the hardening of the protocols,  Hero intensely works on the voices and arrangements of the second album , successor to the successful 2016 debut by Sebastián Ortega. And with the illusion of filling the Argentine roads with music, in the year to come. More music, please.