Home Argentine Music Mapuche punks, the fight from the cities

Mapurbs, young Mapuche people from southern cities, who claim the struggles for their lands and the words of their ancestors, but do not neglect everyday practices typical of the West. 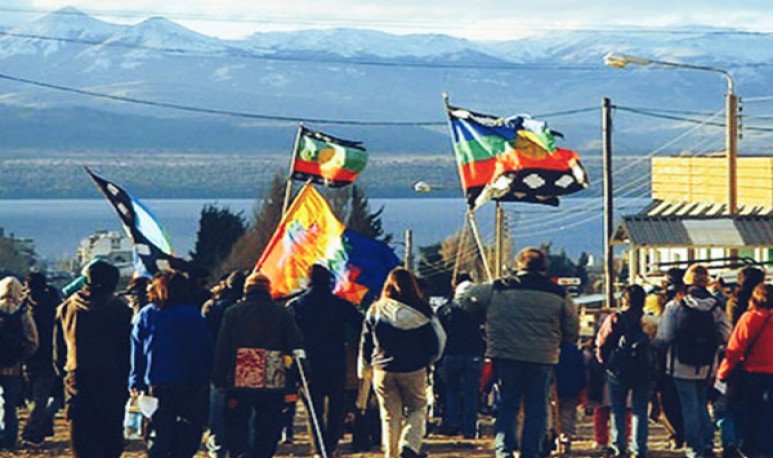 Today, like many other indigenous nations, the  Mapuches  are going through a process of cultural fragmentation and reconstructive struggle for their identity. This is how Mapurbs emerge, young Mapuche people from the cities of the south of the country, who claim the struggles for their lands and the words of their ancestors, but do not neglect the everyday practices typical of the West.

Neuquén is the Patagonian province with the largest population and also the largest indigenous population. Therefore, the cities of Neuquén are embryonic in this resistance movement.

To understand how these young people came to propitiate punks and heavymetal recitals, it is necessary to make an obligatory historical revisionism.

Thousands of years spent the Mapuches  living between the Chilean Araucana region and Argentine Patagonia. The rest is known history: the process of acculturation and forced settlement by Argentina and Chile forced them to confine themselves to infertile lands. This is how the Mapuche people became a peasant people, excluded, ignored and stigmatized.  Young people from some communities migrated to cities (necessarily, we must not fail to say so) in search of opportunities.

The children of those Mapuches who migrated to the city and often left marginalized in outlying neighborhoods had to endure the cruelty typical of children and adolescents. Discrimination in schools is common, and being indigenous, in some cases, was a reason for feeling veguenza. However, mapunks and mapuhevis were born to reverse this situation

Heavy metal and punk were always one of the favorite cultural consumptions in young Patagonians. The raging riffs and furious cries of the genre are naturally combined with the arid and incessant Neuquén wind. In addition,  these are the most furious rhythms through which anarchists and rebels have been expressed throughout history. Protests and struggles are part of the process of preserving indigenous culture ; if both hybridized, the result is a group of musicians who feel the need to uplift and update ancestral struggles.

From Plaza Huíncul and Cutral - Có, Aonikenk and Neyen Mapu are examples of pioneers in hybridizing the two worlds. The first was born in the early 90s, the second is from this century and both share the same style. Jeans camperas with embroidered guñelves (Mapuche symbol), leather boots and tarihües (typical belt), is the Mapuche urban look par excellence.

The 2001 census, which included the question “Do you consider yourself part of any indigenous community?”, opened the question for  young people to abandon the feeling of resignation and shame, and to address that of rebuilding the identity of their people.  The mapunks took the post with pride, and no one can steal it anymore.

Not everything is unity

The gangs have not only had to fight the exclusion and discrimination of their peers and industry; also, within communities, their way of expressing themselves has generated a stir . It happens that parents and grandparents who first migrated to the city, or who live in rural areas, do not see this ancestral struggle cocktail with urban rhythms. It is a generational break marked by migration to cities and the advance of the West over all areas of life.

The mapurbs came to break with the historicist vision that recognizes their people only within museums . On October 12, Day of Respect for Cultural Diversity, it is necessary to understand that its existence shows that  the struggles against the oppressor cannot be isolated: the bridge between the oppressed social sectors must be built and constantly reinforced.