Home Argentine Music Mantel: “I'm interested in being open to the cultural genetic map from which I come”

Mantel: “I'm interested in being open to the cultural genetic map from which I come”

“All forms of being”, is a material that succeeds “Confin” (2015) and that he elaborated over two years, with the collaboration of Axel Krigyer. 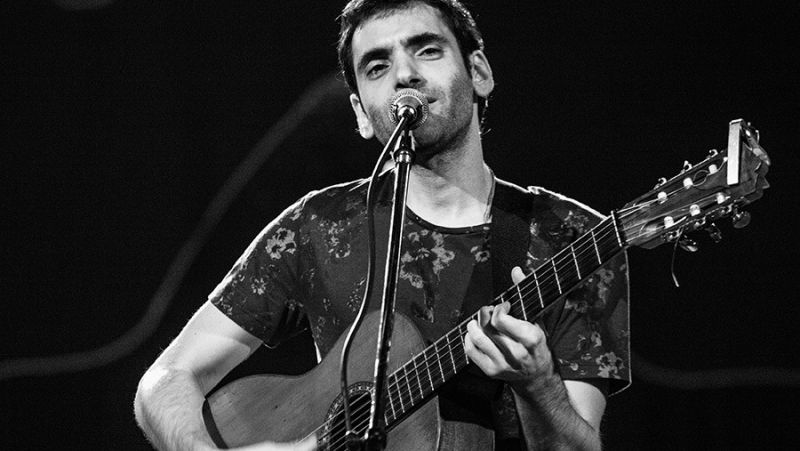 The musician and composer Lucio Mantel said that he “is interested in being open to the cultural genetic map” from which he comes and highlighted that in the new album he will present tomorrow he faced “each song with its own concept”.

Mantel presents “Todas las formas de estar ”, the fifth studio record of a record career marked by singularity and that began in 2008 with the edition of “Nictógrafo”.

“ All the ways of living”, is a material that succeeds “Confin” (2015) and that Mantel produced over two years, in a collaborative work in artistic production with Axel Krigyer , using a mixed technique between acoustic instruments and digital collage, and with Manu Schaller with full band playing live, in two types of materials within the same album that are organically integrated.

“ After Confin, where everything seemed to revolve around an epicenter, it took me a lot to think about a new material until I started working on the songs and looking for ways to produce them and in that research a concept appeared that had to do with dealing with each song with its own concept, with a different way of composing, working audio, to fix, to produce, where moments of very different characters appear but that harmonize perfectly,” Mantelsaid.

Habituated to playing in different formats: guitar and vocals; voice guitar and string quartet, band or orchestra, Saturday's formation will be a premiere in which to the electric band is added a trio of trombones that work on the arrangement of strings of the album and that sound far from reggae and groove, thought from a perspective orchestral.

You worked with guitar and string quartet but then returned to the band format.

LM-For two years I worked alone with guitar and string quartet and it was an incredible experience at a time when that kind of training was much more unusual than at present, but at one point I started to miss the riffs and the song had a bra in the rhythm; there was a very attractive softness on the strings. but I started to need to pivot on something else.

LM-I wanted to put on stage something that I lived as an audience when I went to concerts. I always think that I come from rock, beyond that rock changed and I changed, many times in a different direction from rock, but what taught me to play guitar was Spinetta, Led Zeppelin, bands nowadays very vintage but that went where I entered, so somehow I still have that model of song, even with the years I rediscover music that sounded in my house when I was very young like Serrat or Argentine folklore.

Is there a collision between Atahualpa Yupanqui and rock?

LM-I think that the rock I heard has a very local label beyond the genre, the instruments and the technical elements, if today I listen to El Mató A Un Policeman Motorized, I hear the sound of La Plata, there is a very important local component, the places have as much interference as the times and times. On the other hand, even if one is looking for a dialogue with the aesthetics that are playing today, it is a tremendous exercise to listen to the music of Gardel or Atahualpa Yupanqui, there is a way of writing that is a school and with which one can learn a lot of things; in that sense I'm interested in being open to the map genetic culture of the place where I am.

How do you analyze the emergence of the singer-songwriter scene from the appearance of their first album to the present day?

LM-We appeared at a time in Argentina where there was a kind of desert and being very different although we shared a series of brands. I think that now there are more far-reaching appearances, the new generations are achieving a much larger convening power, we had a transitional moment in

Carla Andrea, winner of the fifth edition of the contest Authors of Fashion BA

Diego Igal: "The 'Rebelde' opened the doors for journalism to be more launched”

Buenos Aires: An ancient Japanese ritual brought together more than 7,000 people to “leave behind the negative”

Argentina's “The Footprint” in Austria

I tell you it's a detox, so fashionable word!

The Don Olimpio assembly is presented in Palermo