Home Argentine Music Made of folklore and revolution

Folklore, revolution, feminism and other weeds. These are the components to create the folklore band Made the Other. We present them to you. 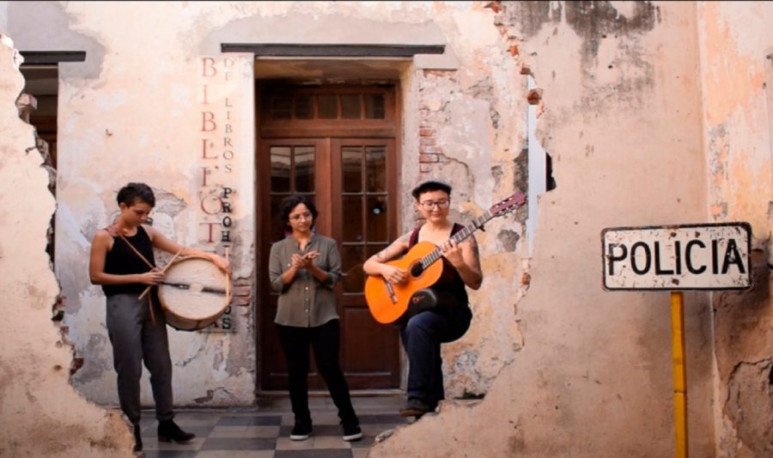 Made the Other is a folkloric trio   contemporary that revolutionizes the Argentine tradition. These are three women who bring new themes to the rhythms that constitute our identity as Argentines and Argentines.   Luna Gil, Cami Franco and Eli Muller   are   Cordobesas of pure strain.   They found themselves by chance in the streets of this magical province, and started to consolidate together the band that would make them known.

This project emerged at the end of 2016. Since 2018 it has been presented as what it is today, triumphant and with his faithful followers. Participated in   New Values contest   driven by the   Municipality of Villa María and Pre-Cosquín   . Instances that gave them recognition and that, in addition, opened doors for them to be able to occupy different spaces. Coki, Lu and Cami tell us with the bass drum, guitar and their vocals what it is all about   a new folklore.

Hecha la Otra is a band that performs songs by other artists, as well as songs composed by this   dynamic trio   . Between own songs and   covers   , the band is consolidating its ideology throughout its career. The passage of these women through different scenarios has the weight of the revolution. Since they try to make their music a   interpeller and transformer instance   . For   recreate the values of folklore   and tradition, to renew women's places in these spaces. The musical genre of Hecha la Otra is crossed by struggle and love as a flag. This trio combines feminism and folklore, and makes them the perfect match.

“We were accompanied by knowledge, by the feminist movement, the repertoire has a lot of power. We represent demands that have long been raised and singing them is empowering. We identify with the feminist current completely, with that of the workers and all the struggles of our sector,” proclaim the artists of Hecha la Otra.

The trajectories that led the girls to arrive   to the folkloric genre   are different. However, from the point he found them, they did not stop growing together and growing the musical world and its values. Made the Other already made   traslasierras tours   on different occasions. And, of course, they have their circuit in the Cordovan capital. The   area of Guemes   and their bars always receive them. Their audience follows them everywhere and they also continue to add fans.

Made the Other participates in many events   struggle and demonstration   . Always accompanying and musicalising the claim of the rights of workers, women and violated sectors. The girls from Decha la Otra   the others are not made   if it is about   empowerment and revolution   !