They conquered Latin America, Europe and the United States. For over 60 years. 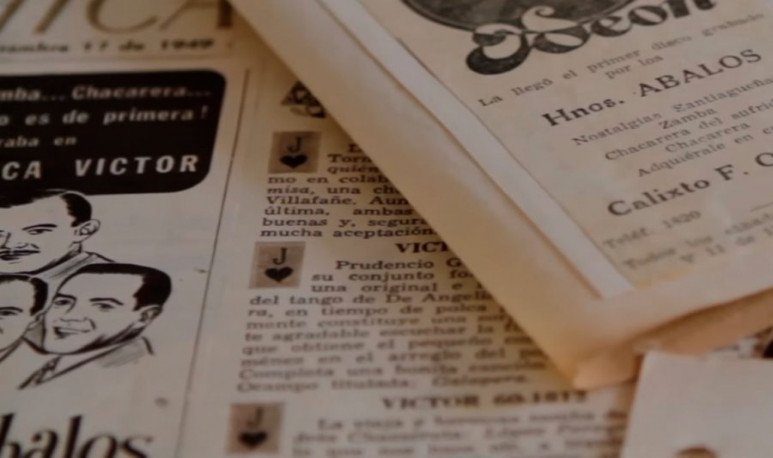 Los Hermanos Ábalos were university students and  created in 1939, a folk group in the province of Santiago del Estero . They devoted themselves to music forgetting about university studies and professions.

In 1939 they arrived in Buenos Aires starting a long career, crowned by success, when tango dominated the scene and folklore was grown in small environments. Napoleon (Machingo), Adolfo, Roberto, Victor (Vitillo) and Marcelo (Machaco) began playing in bars.

In 1942 they created the “Peña Achalay”, on the corner of Santa Fe and Paraná. In 1943 they performed at the Teatro “Presidente Alvear” presenting a show set in the Andean, rural and urban areas.

They were characterized by the good taste and refinement in their presentations, highlighting the important educational work they did in their “Peña Achalay”.  They were authors of “Our dances”, a fundamental book for the teaching and knowledge of folklore . They wrote numerous works that make up part of the folk repertoire executed by the country's most prominent artists.

In 1944 they performed on “Radio El Mundo” and began recording, first on the label “Odeón”, with the zamba “Nostalgias santiagueñas” and then on “RCA Victor”.

They performed traditional instruments such as guitar, charango, bass drum, quena, flute and picuyo, with the fundamental contribution of the piano, by Alfredo, creator of a unique and unmistakable style.

The Abalos sang and performed the music that most faithfully reflected folklore in its early epochs. Of the music they composed were milestones “Nostalgias santiagueñas”, “Agitando handkerchiefs”, “Zamba de los yuyos” and “Carnavalito quebradeño”.

They conquered Latin America, Europe and the United States. For more than 60 years,  the Ábalos Brothers helped to strengthen our folk music , in that Buenos Aires yesterday.