The Correntino group celebrated another year, pure chamamé, in a very special way. A happy birthday for Los Alonsitos! 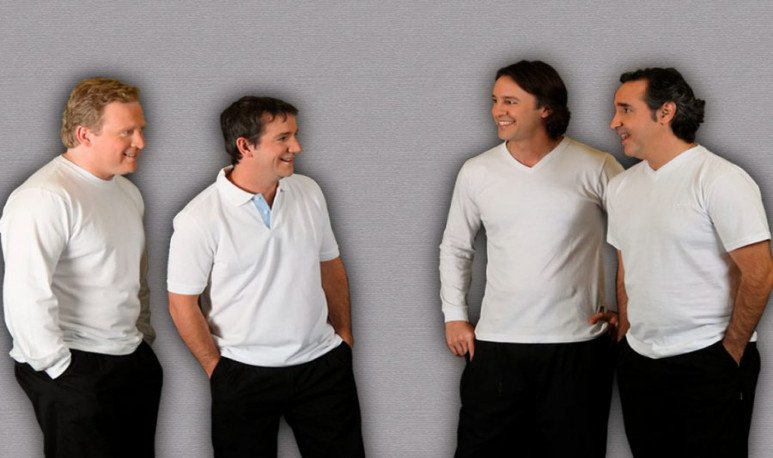 The Alonsitos turned 35 years accompanying the Argentines with the best  chamamé  Correntino. This musical group, accordion, guitar and sapukay, has managed to transcend all technological means. From radio to  social media , through colour TV.  This year, the veils were blown on a special anniversary, without an audience, in an unforgettable  concert  broadcast on television . The event, a pure chamamé, was held on Saturday May 9 by T5 Satellite.

For Los Alonsitos blood runs well correntina. The musical group was formed in the city of  Corrientes  in 1985. It may seem amazing, but it all started when its members were around 10 years old.  Brothers Marcelo Roselli Majul and Marco Roselli Majul met Ariel Baez  playing football  . There, at Club Atlético Huracán de Corrientes, they shared their passion for sport and music. Luis Moulin was met later, at the Salesian school in Corrientes, which they attended. The name of the group is in honor of a  great master of chamamé . His music teacher, Raúl Alonso.

Los Alonsitos debuted on vinyl in 1988 with  La nueva sangre del chamamé . Thanks to the accompaniment of  Teresa Parodi , the Correntino group received the award “Notables de Cosquín”. From that event, the album  Notables 9 1 emerged, deserving of Disco de Oro by sales. The wind started running in favor of Los Alonsitos. A few years later,  Industria correntinawent on sale, an album that demonstrates the sense of belonging of this musical band to the land of taragui. The album was entirely recorded and edited in the province.

At this point of his career, no one in the country could say he didn't know Los Alonsitos. However, his great success came with  Dejate wanter . The invitations to the television shows didn't stop coming. The Alonsitos paraded on Susana Giménez  's program, the Videomatch Show and Lunch   with Mirtha Legrand  .

Throughout their history,  they shared the stage with the greatest  Argentine folklore  . Ramona Galarza, Roberto Galarza, Mario Bofill, Soledad, Abel Pintos, Chaqueño Palavecino, Facundo Saravia, Los Nocheros, Jorge Rojas and Los Tekis, among others. Today, in this special year, we wish you a happy and deserved birthday.