Born in Salta, based in Chubut, “Pajarito” Arella is a musician who thrills with his talent. 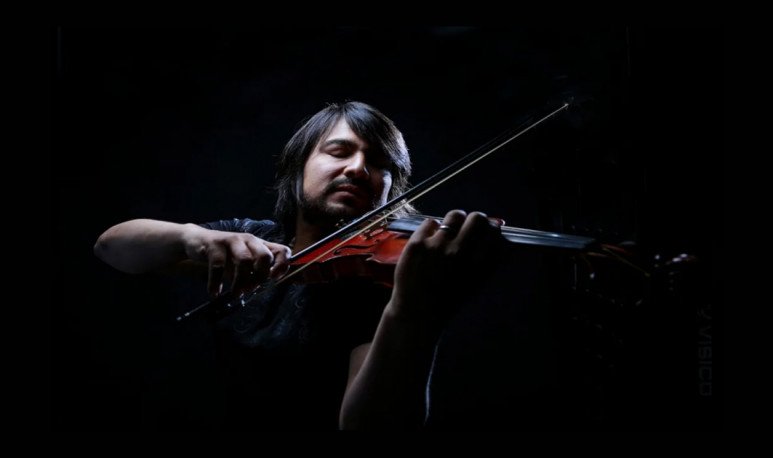 Carlos Alberto Armella,  better known as “ Pajarito  ”, is a musician based in the south of  Chubut  , in the city  oil company  of  Comodoro Rivadavia  .   At the end of 2019 he presented his first musical album: “Canta Cardenal” served and was broadcast throughout the past year on digital platforms and also, at the  Festival Cosquín 2020 , where Pajarito represented the province.

The artist was marked by music since his childhood, where he leaned to   folklore   and his companion of life and route: the violin. The new styles, a voice of their own, are his impetus and show in every presentation in peñas and celebrations in the cities that invite him.

His first teacher was Pascual Ceballos , who conveyed not only patience and affection but also love, passion and respect for traditions and music, although he would give him a “twist” to immerse himself in an essence of folklore but modernized and instrumental, but also with his voice.

His connection to  Patagonia  was more than 15 years ago , when his friend Diego Navamuel insisted that he had to travel it. With him he made the musical project “Las Voces de Cobos” which, although it did not thrive, was the prelude to the great and vast experience that would follow him, already returned to his hometown. There he was able to play alongside the famous  Chaqueño Palavecino  on several occasions and places, and was also summoned by   Jorge Rojas   for his self-titled album.

His return came along with his friend Diego who moved from El Maitén to Sarmiento in 2013. But his first works were not in the cultural sector; he was a machinist in basins, articulating him with music, mostly taking advantage of his spare time. He founded together with Fernando Cejas and Miguel Cerbeto a new group called “La Llave”, during his year of life, as the work was increasingly separating his musical dreams.

However, after thinking a lot,  he decided to promote his solo project and dedicate to music not only his free time, but every day : his career was formed with Jonathan Páez, Ramiro Páez, Roque Páez, German Gómez, Franco Santervaz and Franklin Castro, recorded by studios Atempo by Damián Moyano and Nicolás Narváez; a record work that articulates the Patagonian and northern air, and involves a tribute of two songs to  Hugo Gimenez Aguero .

Although the   pandemic   and the   coronavirus   crisis has stopped the socio-economic circuit oacute; mico and cultural of which the face-to-face presentations are part, Pajarito was honest and commented that “we have to handle ourselves in a different way. We had to learn to get into social networks and digital platforms trying to bring music to people and so that the public can see us again,” so that listeners keep feeling the instruments, their voice and the lyrics of the songs close. “I put everything you feel in the soul and heart but also interpreting many authors who deserve all my respect. I want to give a new look to every melody but with its own style. I feel committed to music to leave something,” he added.

Pajarito will continue to display his melody and violin to reach those who wish to rediscover folklore from its essence but with a modernity according to the times that run: the joy of seeing an edge again on a stage, and the musicians seeing people enjoy their lyrics, will return. Meanwhile, platforms such as Spotify, Youtube and Facebook, allow us to bring closer and closer the voice of Armella, trumpet, guitars, charango, wind instruments, bass and percussion: Canta Cardenal.