The artist born in Viedma is an exponent of self-gestive music. 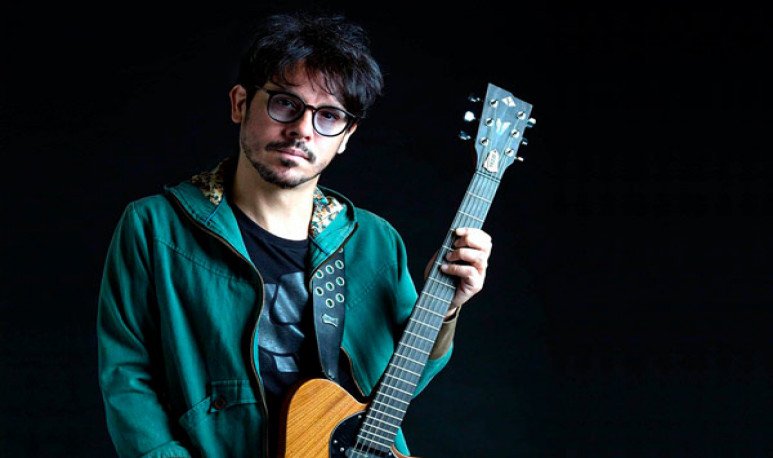 If we talk about  Lisandro Aristimuño  only as a singer, many important facets of  live in  Buenos Aires. In addition to helping spread independent artists through their social networks and, until a few years ago, in the program  That issue sounds rare  on FM La Tribu, Aristimuño adds the artistic production of several musicians such as   Fabiana Cantilo , Liliana Herrero and Tomás Aristimuño , among others; and  performed (entirely) in her studio her own and last album:  Cryptogram .

The  Patagonian composer, born in the capital of  Rionegrin in 1978, brought to light, at the end of June and in full uncertainty due to coronavirus, his latest album: in it he articulates melancholy and rediscovery with his own enigmatic attitudes.Music goes and comes with electronics and organic music, taking up an introspective genuineness: the music was marking him and giving him the information so that the lyrics are what today have been played almost 300,000 times on YouTube.

This album has the distinction that two of his ten songs were born in the context of social, preventive and mandatory isolation: “ Nido ” and “ Baguala 1 ”.  In addition, he added the participation in Wos's “comen”, the emerging artist with a powerful reach in the  not just youthful hearings. “It is a co-authorship,” says Aristimuño, as the parts sung by the 22-year-old rapper wrote and flow with him. He also gives the luxury to share with  Lito Vitale  the theme “ Today was not yesterday  ”.

However, it is necessary to talk about its entire trajectory to understand how its present promises more and more. Its beginnings were given at a very young age and with Trademark, recognized romantic cumbia band.Then he toured  Patagonia  accompanying Fernando Barilá. His tour shows how an anecdote transmutes into poetry and music, the tranquility of Patagonian beauty and, if that were not enough, it shows that the independent sector can and is professional and inclusive of large audiences. This was demonstrated by the various awards Lisandro Aristimuño has won in recent years, such as the  Gardel Prize  (in 2016, 2014 and 2013) for “best alternative rock and pop album”, as well as a Konex Award as the “outstanding figure of the last decade in the category of author's song”, full theatres, sales of record works and positive reviews in Latin America and Europe of his performances and artistic solvency.

In the era of social networks, Aristimuño took advantage of his arrival on Instagram (more than 194 thousand followers) to recommend his musical tastes, through photographs of vinyl albums of other artists, as well as the dissemination of independent artists and groups, through which he calls  M.S.F.L: Non-Profit Musicians.  A podcast style (or a more digital version of his radio program, already mentioned) where he chooses songs, according to his personal tastes: “Which is clearly just one in the world, he says, for the pleasure of hearing and being heard.”

Viento Azul is the label that Lisandro himself created in 2009 and with which he publishes all his discography and that of other artists.   Cryptogram  came when everything is far away and through a screen: although many artists have virtualized their activities or postponed releases of new material, the  Rionegrine  confesses that it was a time to let it “air” the new album and accompany it in this new normality. He also  confesses that he would not give a streaming presentation because he would lack the energy of the audience : he is not convinced to be seen playing on a camera, he prefers to be listened to on digital platforms and, when the time comes, celebrate these new ten songs in a theater. Indie rock has a long history and today has a great Patagonian representative who will be on the local scene for a long time.