The littoral music does mean legendary characters. Linares would be a hundred years old and the jackets sound high to remember him. 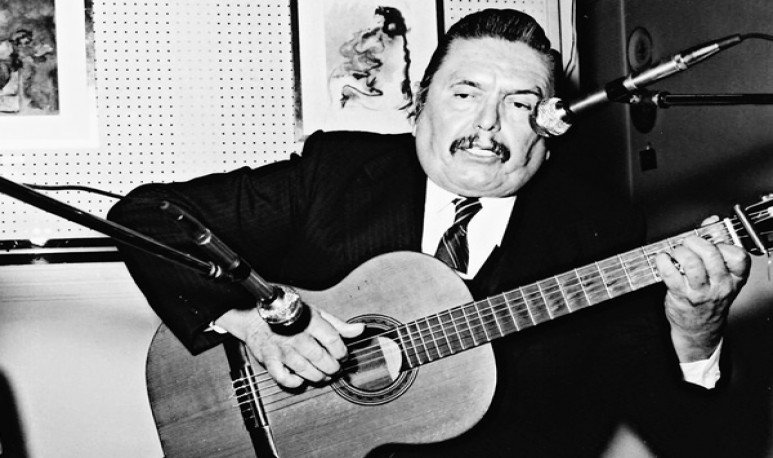 There are many words that can be used to define it.  Teacher, researcher, guitarist, author and composer . However, we can add the concepts of  endearing and historical . It is that the art of Entre Ríos would not have been the same without its contributions to the world of  culture . Or, rather, to the dry world.  Rubén Manuel Martínez Solís , artistically known as  Linares Cardozo , was born on  October 29, 1920 in the town of  La Paz . His songs became an  obligatory step by the provincial songbook and his figure, an emblem . And even if he is not physically among us, his birth does not go unnoticed.  If we stop to listen, we can hear a bird singing its melody .

His first inspiration in music was his  mother, Doña Delicia Bernabela Solís, who  performed guitar and sang .Then he started in the guitar universe intuitively and listening to great folk artists on the radio. Among them, probably the most important figure is that of  Atahualpa Yupanqui . It happens that the last one also lived in La Paz in the 1930s. But, returning to Linares, his years continued in the city of  Paraná , where he moved at the end of secondary school.  There, he began studying at the Secondary Teacher Institute where he received a professor of Philosophy and Education Sciences .

Despite his blood roots, it was in adolescence that he became interested in music and Gaucho culture. Especially in that of  rural workers  who abounded in their hometown. In fact, he took as his  stage name  Linares Cardozo,  a foreman of his uncle Manuel's camp  . Turns out Martinez Solis  admired him for his knowledge . To the point that in the book Linares Cardozo and I , by composer  Néstor Cuestas , you can see a picture of the man.

As for his artistic beginnings, these go back to tracks of the time. Where he was related to the pawns of the saladero “Santa Elena” and especially the countrymen of the coast of Paraná. Which would mark his authorial work on fire. As he grew up and already installed in the capital of Entrerriana,  he sought to know, collect and disseminate the folk music of his region . Which had not been practically investigated until that time. In that task he stood out for the  preservation of Entrerrian  folklore , especially the chamarrita . A musical style that is said to have disappeared had it  not been for the work of Linares Cardozo.

For the love of culture and nothing else

Throughout his career, the artist performed performances as a singer-guitar soloist. In addition, he alternated them with  lectures in which he presented his analysis of Entrerrian rhythms . Some of them were the overpass, the tanguito montielero and, of course, the dearest chamarrita. In turn, he wrote a book of poems entitled  The Painted Horse and the Dove . While he published another of personal memories and reflections, called  Jubilation of Hope .

Linares enjoyed such an inspiration that led him to create more than  200 pieces of various genres . Among them are “Soy Entrerriano”, “Like the birds”, “La biznaguita”, “La cambuiré” and “Islerito”. At the same time, he leaned towards  painting , where he devoted himself to recording the light, the people and the landscape of his region. However, one day it was the turn to fire him.  He died on 16 February 1996 in the capital and was buried in a  cemetery  in La Paz . It was a decision made by him and whose will was fully respected.  Currently, it rests next to a timbo overlooking its beloved Paraná River, which nests it with sounds.