Home Argentine Music Like a show, but at home

It's not new: consecrated artists are already doing it. In Mendoza, now it is the turn of the locals. They show at home and broadcast on Instagram. 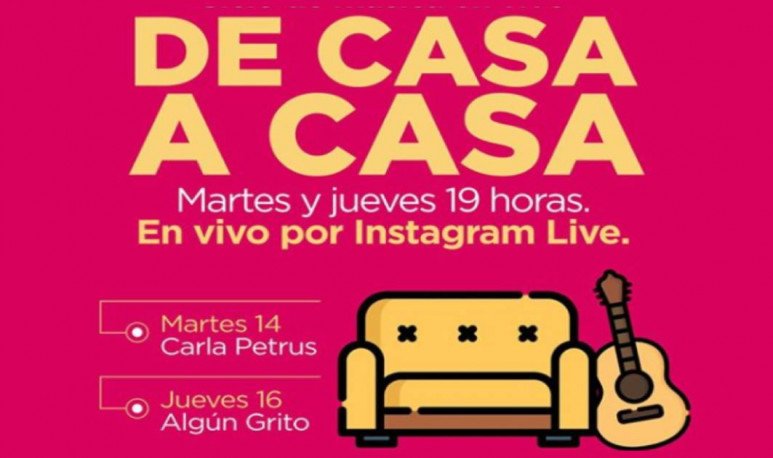 Coldplay, Pedro Aznar or the corner neighbor. Anyone can grab their guitar at home, start a live stream on Instagram and give a “massive” show. But, of course, that worked for  Coldplay  or Aznar. Instead, the neighbor in the corner, however  live  you do, will have, at best, 10 spectators.

However, when everything is articulated by an organization that has direct influence on people's quality of life, as in this case is the  Municipality of the City of Mendoza , things change. The cultural leaders of that department had the brilliant idea of summoning local musicians and helping them spread their work.  The municipality stands well before the people. And the neighbor is grateful that he has something else to do in this quarantine, locked up in his house. Everyone wins.

From home to home

Through  its Instagram account, the capital of Mendoza will offer live shows by local artists. Carla Petrus and Pedro David will be playing this week.  Thus, the initiative of some private producers and independent artists to perform  streaming  shows during the quarantine season will also be adopted by the City Municipality. He will make a music cycle with local performers.

The online recitals will also include a brief interview with the artist and will be broadcast on Tuesday and Thursday through the official Instagram account of the capital of Mendoza.

On Tuesday, April 14, it was Carla Petrus's turn. On Thursday 16, Pedro David , who participates in the cycle performing songs of his rock band Algito Grito.