Leopoldo Federico was one of the great figures of our tango. He was an orchestra conductor, composer and bandoneonist. 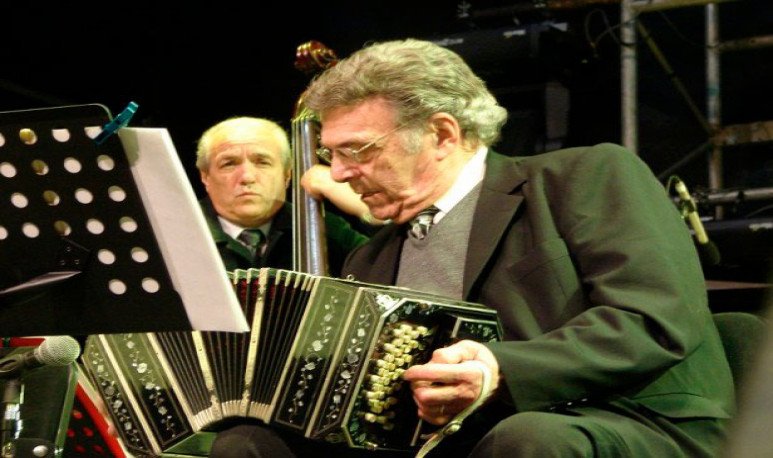 He defined himself very well: “I am what they call a bandoneon cadenero that with a gesture or a look ends up joining all the instruments and I take them with me on the bandoneon.” Over the years, he became an orchestra conductor, composer and bandoneonist. His ability to arrange, in addition, allowed him to create new versions of old scores.

In its beginnings, he participated in the groups of Cobián, Gobbi, Balcarce, Salgán, among others. He then formed a duet with Atilio Stampone. From 1953 to 1967, he was conductor of Radio Belgrano's Stable Orchestra and created two quartets: Los Notables del Tango and Pa'que Bailen los Muchachos.

Between 1960 and 1964 he accompanied the popular Julio Sosa. As a solo bandoneon, he performed with Mariano Mores and Carlos García, among others. He was summoned by  Astor Piazzolla  to join the Octet Buenos Aires. He received countless awards and awards as a director and composer. He was declared an Illustrious Citizen of the City of Buenos Aires and received the distinction Senator Domingo Faustino Sarmiento. Since 1986 he was president of the Argentine Association of Interpreters (AADI).

Leopoldo Federico died on December 28, 2014. It left us, however, an invaluable legacy and inspired the new generations to continue to carry tango around the world. Because he left, but left us to  his great love  forever with us.