One of the pillars of our rock, León Gieco always allowed himself to experiment with different musical styles. Our tribute to an unparalleled artist. 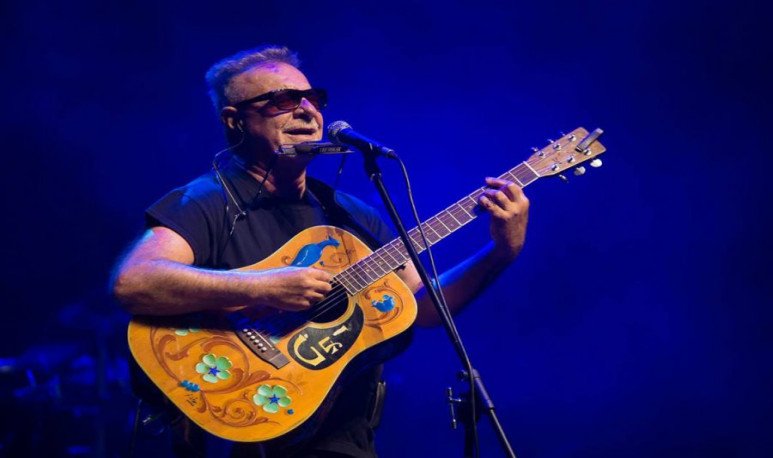 Raúl Alberto Antonio Gieco was born, but for more than 40 years we know him as   León Gieco  . He is one of the most transcendental musicians in our country, as he combines two of the most important genres in Argentina:   rock  and  folklore .

To that, he adds songs with lyrics that speak of the forgotten:  León Gieco  does not shut up anything. Social and political issues, in favor of human rights, peasants,  indigenous peoples , the disabled and the marginalized of all kinds. Perhaps that is why in the 1970s he was forced  into exile  by the dictatorship that ruled the country and wanted to silence his voice.

He arrived in the   United States   in the late '70s. There, he joined   Gustavo Santaolalla  , who had produced his debut album — León Gieco  (1973) —. They recorded songs for  Pensar en nada  (1981), an album that would mark their triumphant return to Argentina.

Leon Gieco  never set limits: he was always a versatile artist who allowed himself to experiment with various genres, such as cumbia villera, murga, pop, candombe and heavy metal. Throughout his career, he shared the stage with great national and international artists: Mercedes Sosa, Sixto Palavecino, Sting, U2, Peter Gabriel, Bob Dylan, Silvio Rodríguez, Joan Manuel Serrat, Pablo Milanés, Peteco Carabajal and Ivan Lins, among others.

For all that has been contributing to our music throughout this time, it is undoubtedly one of the pillars of  Argentine rock . Gieco's songs are songs that you have to sit down and listen carefully: their lyrics give voice to those who cannot speak and their music teaches us that the boundaries between styles are always fuzzy. You can always go for more.