A day like today was born a popular and national star, a singer who would achieve record in sales and make us dance to eternity: Leo Dan. 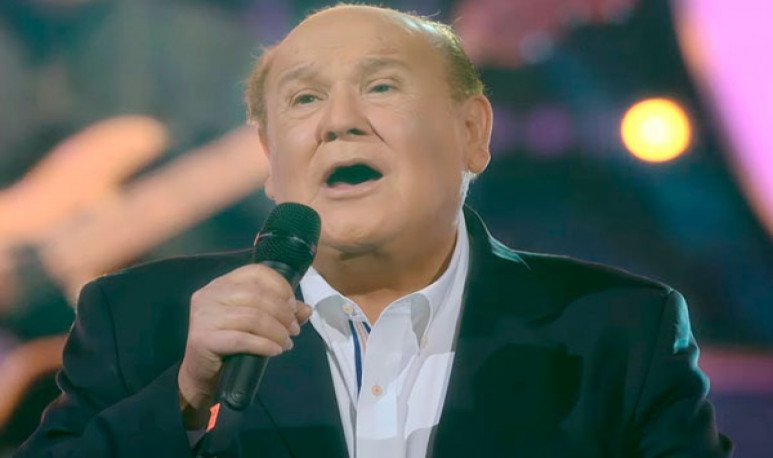 Leopold Dante Tevez,   better known as Leo Dan was born in Estación Atamisqui, a city located in the province of Santiago del Estero, but did his career   around Latin America.   A day like today,   March 22, but 1945   , a star arrived in the world who was very young would start a surprising musical career. Leo Dan is a   argentinian singer, composer and actor   who built his life   around rhythm and dance.   Throughout his career he won records, awards, recognitions and recorded   more than 70 albums   in Argentina, Peru, Chile, Colombia, Spain and Mexico. If he even got to record with mariachi! Your fondness for mexican music   led him to record with him   and become known by a   international public.

The origin of a legend

This musical icon   was born in the bosom of a   rich family, of Quechua origin, diaguita and gaucha,   which gave him an interculturality that would open his head to create without borders. He was linked   with music on its own initiative   . At just 5 years old he learned to play harmonica and flute, his first instruments.   At the age of 16 he learned to play guitar   and began to compose his first songs.

Timeline of a success (or several)

With 18 years old he formed a rock group called   “The Demons of the Rhythm,”   along with friends of his age. At the age of 20 Leo traveled to Buenos Aires with the desire to succeed and performed at CBS, where he immediately signed his first record contract.   Her first big success was “Celia” who   came to the   tops of popularity rankings,   just a week   to have been on the market   .

But that was only his commercial start, that song is followed by hits like “Fanny”, “How do I miss my love”, “Estelita”, “Free, single and without anyone”, “Santiago dear”, “What has the girl”, “For a caminito”, “Only a once”, and many more.

Leo Dan came to television screens,   made his own program, entitled “Under the Sign of Leo”, on channel 9 in Argentina. In 1966 he married Mariett, elected Miss Mar del Plata that same year, together they decided to move to Spain. On the other side of the puddle, Leo   continued to record and compose   , at this stage   were hits born   like “Mary is my love”, “With her arms crossed”, among others.

In 1970, due to the great success of their compositions,   decide to move   to the aztec capital     together with his family,     where he would be based for the next 10 years. He is the first baladist to record with mariachis and   he got great hits.

A thousand languages, a thousand genres

In these lands, the artist was received as one more, the Mexican public followed him with   great affection and its popularity   He put it again in the top of the rankings with themes like, “I have promised you”, “That wall”, “Toquen Mariachis, sing” and many more...

In 1980 he decided to return to his beloved Argentina   where he entered the field of politics. But he never gave up music. In his career, Leo has composed more than 2000 songs. His topics were taking   different genres   like   romantic, folklore, tropical, cumbia, band, tango, vallenato and rancheras.   His compositions were also translated into   Italian, Portuguese, German, French, English and Japanese.

Among so many translations and fame   , it was also his colleagues who paid tribute to him   interpreting his songs   . Among the artists who dare to replicate their music are Leonardo Favio, Palito Ortega, Grupo Garibaldi, Marco Antonio Muñiz, Pedro Fernández, Carlos, María Marta Serra Lima, Sonora Dinamita and Olga Guillot. And many more, such as: Wilfrido Vargas, Toño Rosario, Los Mirlos, Los Diners, Los Tobas, Alex Bueno, Los Manseros Santiagueños, Lorenzo Montecarlo, Julio Preciado, Café Tacvba and Aterciopelados. To date, he and his team have accounted for 1600 and some   performers who have recorded their songs, A record!   In addition, Leo Dan   has sold 120 million records.

It came to the big screen, with   4 films: “Santiago dear”, “How do i miss you my love”, “The novel of a young poor” and “La muchachada de aboard   “. He wrote a book entitled “A small cry of faith,” where he reflects his thoughts on life. All his work led him to win Ascap Awards, Gold Records, and a Grammy like   best composer.

On the day of his birthday   , we applaud and   we recognize the trajectory of this true international artist born in Argentina.