Home Argentine Music Last music flashes before closing: how were the shows before the health break

Bahiano, Moris with his son Antonio Birabent and electropop soloist Panda Elliot starred in the last recitals in Capital Federal, attractive concerts charged with quality and a lot of excitement before the new confinement. 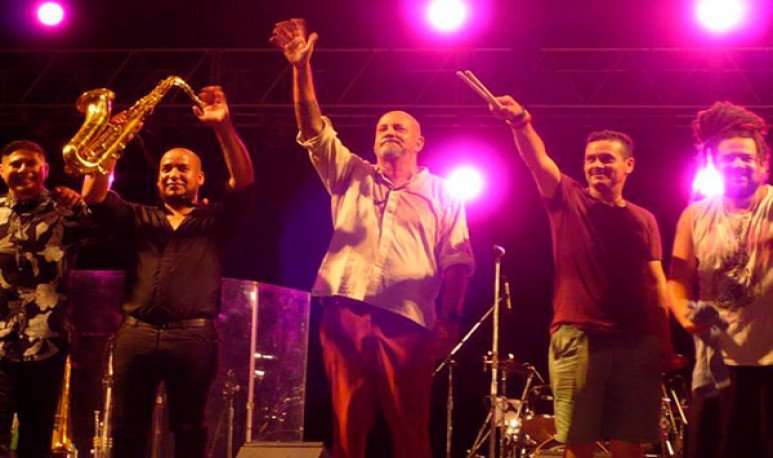 Artists and the public sensed it, sustained in very fearsome daily statistics and that unequivocal feeling that it was unpiadous, that activity would be stopped  for the last few hours for an indefinite period of time. The musicians who had scheduled shows in Capital Federal that were not canceled for various operational reasons, had in the last days on the one hand the curious feeling of going on stage to recover that mancommunication that produces playing something before people, but also internal sadness in understanding that such a presentation would be unfailingly the last for an indefinite period of time amid the sanitary uncertainty. Three artists of different musical profile within the few hours that remained within the period allowed to hold events, tasted with particular pleasure the nectar of showing their art, while the respective audiences lived on different ceiling in the Federal Capital the inevitable bittersweet taste of enjoying these appearances of the figures consecrated, but ineselyably understanding that reliving such a new experience will require us to really arm yourself with a lot of patience until things regain the minimum normalcy restored in recent months.

Without having been able to realize the long-awaited officialization of his latest album “Original Roots”, a presentation scheduled for June 2020 at the Opera Theatre, date that the pandemic and its health consequences through restrictions reduced to ashes, Fernando Hortal, a popular artist much better known like El Bahiano, went out looking for some kind of rematch in the Amphitheatre del Parque Centenario, when there were a few hours before the night activity was cancelled until further notice. Without a band of his own in the middle of last year's operational dismadre, but excellently accompanied on stage by “Los guardians de Gregory”, an ascending formation, the historic vocalist of the super group Los Pericos made it clear that he is undoubtedly the most captivating, seductive front-man and seductive and charismatic of the local scene facing iconic songs that are recorded on fire in the national collective unconscious. Defined by a well-known music journalist as the “Frank Sinatra del reggae”, at this point the singer is a registered trademark when his dazzling throat faces themes that one learned by heart thanks to the hypnotic process of seduction exercised by this brilliant performer in every appearance professional.

In eighty minutes, the time that was authorized until Thursday night for these new live performances governed by the capacity, the majestic vocalist who put his unmistakable imprint on a reggae repertoire that in his throat becomes something very similar to a merciless reggae demolition without any respite. After an intense and adrenaline introduction of “drum and bass” that The Guardians of Gregory did to show their interpretive weapons, what followed was a show that everyone wanted to last at least three hours, full of immaculate hits, songs from their new solo plate and a display on the proscenium where the singer makes it clear that attending his performances is like tasting the most imppious canoro Federer where the songs seem made to his voice like a millimetric Jamaican costume. With an audience that remained respectful in place, but who enjoyed the recital standing dancing and putting some choirs attenuated by the beards, there came hymns like “Welcome to the Jamaica Reggae”, “Runaway”, “Distant Pupils”, “Lots of Experience”, “Stand and Look” , “Without Chains “and various soloist detonations such as “Har It” or “Gray Evening”. Leaving

clear that the scepter of best singer of the specialty is a world title that no one will take away until further notice, El Bahiano managed to make an event with capacity look like a normal recital without tension, fears or the restlessness that many breathe by these hours, a show that showed the armored prestige of a valuable and masterful artist. 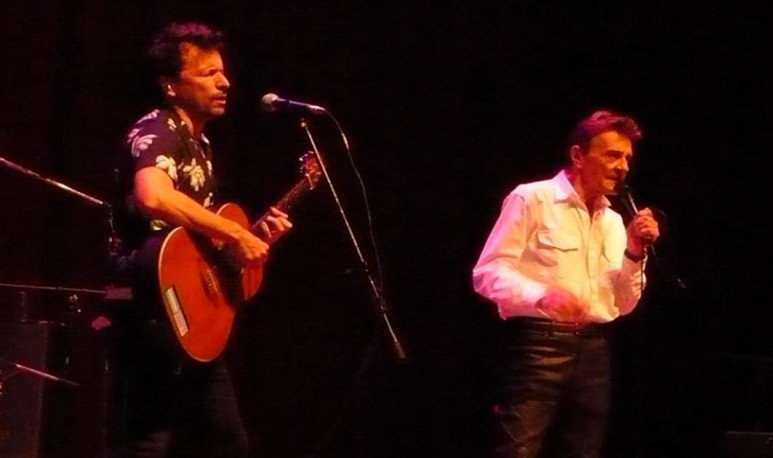 Located several kilometers from Parque Centenario, more precisely in the captivating and sensual Auditorium Belgrano, a place where several music legends exhibited a wide range of unforgettable performances, Moris and his son  Antonio Birabent  carried out the second official presentation of the album “La última montaña”, a new studio production that the rocker legend of the Argentine movement 70 with their firstborn generated in the midst of the strictest quarantine. The album, which is currently available on digital platforms, but which its prominent protagonists advanced during an exclusive contact with Ser Argentino that probably already has its edition on vinyl and CD thanks to the support of INAMU, shows the fantastic chemistry that both exhibit artists composing, singing and sharing a stage. This second album that has on its cover a magnificent painting developed by Inés González Fraga, the architect of this project that already has two artistic chapters, had a concert presentation during February at Parque Centenario, but the nerves of the debut and the invisible tension of sing these songs for the first time in the midst of the convulsive industrial environment, they left satisfaction with the material but knowing that in the next live appearance things would rise to a very shocking and captivating level.

This show with exhausted locations while the minutes walk at midnight were at accelerated speed knowing that midnight was the end of the film happy, left a majestic and touching impression in equivalent proportions. On the one hand, the sensational performances of Moris and Antonio expose a fantastic maturation when it comes to adding their talents for a common project, but at the same time enjoy the immeasurable experience of the Argentine rock and roll pioneer, who at his 80 years paid tribute to a superlative masterclass singing, dancing and putting those pearls of humor at every time that hierarchize an event of these characteristics. “Why the sun” and “Nieva en Buenos Aires” opened the party in the Belgrano neighborhood, concert where Luis Volcoff's experience and coordination on keyboards stood out, strongly supported by the subtle balance of Victor Volpi with his guitar. In 18 songs selected with category and exquisite sapience to create various climates during the performance, there were increasingly pronounced eloquent songs such as “Ayer Nomás”, “Pato works in a butcher's shop”, “Brasileiro en Guaraní”, “Salgo Salgo to walk”, “Rio en spiral”, “Saturday a la noche” and of course, “El Oso”, a timeless missile that triggered a gospel ensemble between the public and the protagonists of a recital of enormous quality and forcefulness, party that ended with the same opening song in a very prominent “Moebius effect”. 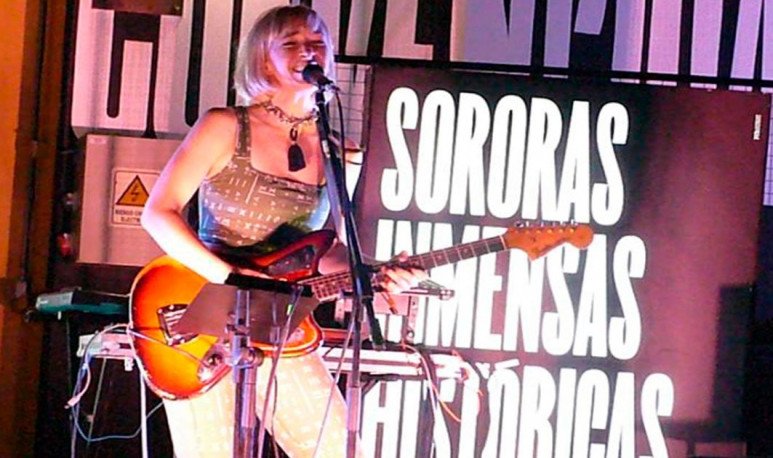 While Parque Centenario and Belgrano experienced two artistic detonations with high musical quality reflected in tight and careful performances, more than 200 people on the huge terrace of the Recoleta Cultural Center took a sun lounger and placed in that area with delimitations of distance and health security, prepared to enjoy something that the organizers decided to start as a “night picnic” just a few hours from the Buenos Aires closing of artistic activities. After a brief set of “Vickylicius” in DJ mode, containing many tribal trends, songs by Brazilian authors and even a particular rhythmic remodeling of Dua Lipa's hit “Don't Start Now”, finally all the lights were pointed to the flirty stage placed parallel to the clear Avenida Del Libertador. Having only one hour to complete her show with the clock rushing the countdown, the prestigious electropop soloist Panda Elliot put the exact doses of talent, sympathy and catchy songs to turn the relaxed side courtyard of the huge Buenos Aires property into an open-air theater showing a review of his qualified repertoire gestado in the last decade. People, who initially estimated the performance as an eloquent formal show, with the running of the minutes discovered that the Argentine soloist and her partners were turning the huge place into a techno nightclub with very strong rocker flashes for an adrenaline and contagious set.

Exposing the phenomenal evolution that his music reached in the last five years, with several singles who exposed his charisma as a performer and guitarist, Panda Elliot reviewed all his classics from the subjugating beginning with “Magic Peculiar”, list of songs that went second to second as an elaborate perfectly synchronized operational script. The intense show maintained its voltage with “Puentes” and “Tratame bien”, showing that the artist who most evolved in the Argentine solo panorama poprock, knows how to captivate in different creative architectures, all tinted with her subtle sensitivity and a certain look at the times that run very eloquent. After the volcanic and tenacious piece “Mysterious Obsession”, came one of the key moments of the concert with the premiere of “Por los dos”, a composition that the singer-songwriter released last night on the networks, a song that includes the presence of the prestigious singer-songwriter   Kevin Johansen  in a fantastic duet that catches and hooks for his vocal arrangements and a breathless base. The few minutes left to face the closing, were a pop mazazo with one hit after another in a performance that added very electronic air, but at the same time some ambient varnish of melodies linked to The Cure of the beginnings. Showing their quality for singing, playing guitar and maneuvering an electronic pad with balance and grace, they sounded “SUC”, “Mysterious”, “Velociraptor” and “Ligerita”, as the applause became increasingly long rumbling at the captivating night picnic. Exposing the best of their creative abilities, Panda Elliot together with Javier and Rodrigo exhibited live a recital with multiple shades bathed in good taste, choral eloquence and a lot of precision to bring this party to fruition before the float turned into pumpkin. When the 00:00 hours were an inevitable reality, the place was already vacated and its visitors in the comfort of their homes, longing for the possibility of re-showing what they know without the pressures of the times that run.