Las Rositas is a duo that manages to perform an exquisite combination of tango with electronic sounds. 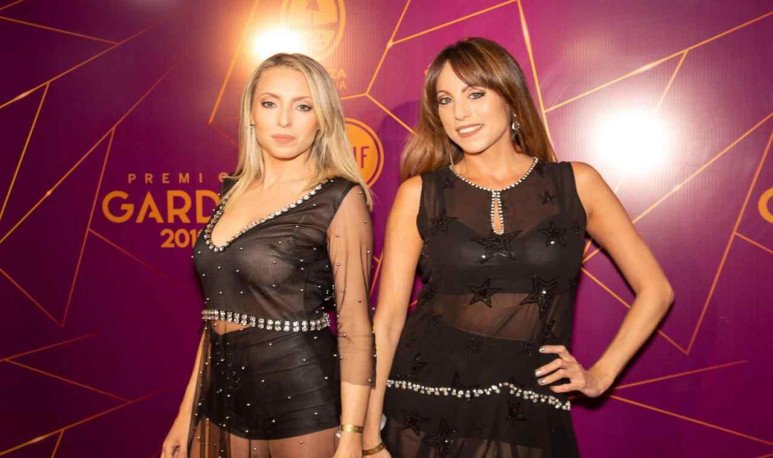 If anyone is looking for something new for this year that starts,  Las Rositas  is the right duo.  The sisters Cecilia and Gabriela Palma  and their particular mix between electronic sounds (electro pop, synth pop and electro house) and classical instruments such as violin and viola, make a novelty worthy to write on the list of “new things for 2021”.

They  are native of  Neuquén  , but have been living since their childhood in the Valley of the province of Oh , Chubut .  Trelew ,  Gaiman  and culture and education musical in its many forms forged their talent: they  participated in choirs directed  by Daniel Garavano and Milton Rhys, and  complemented their academic background in the  Welsh village  with Maestro Hector Ariel Mac Donald ; this helped make the entrance course at the  University of Córdoba been relatively accessible to them to continue deepening their passion for articulating the new and the traditional with different currents and peoples, such as his adolescence itself.

The group has traveled different stages since 2007 ; at first it was an articulation of some artists but the audience's response was such that they set out to take a “serious tour with arrangements and essays” and that it would turn Las Rositas into what it is today: a duo that was awarded the  Gardel Award  for best electronic music album for his record work “ Universo Paralelo  ” , in 2019: half instrumental and half with voices in Spanish and English, the production, they say, was from  self-management , a double prize to be recognized for this important award in the music industry of Argentina.

In addition to that award-winning album, they have to their credit “ Estaciones ” and “ Tango Up ”.  At the end of 2016 they presented their video “Recuerdo de Gotan”, filmed in Valle Hermoso, province of  Córdoba  , and in the  Foyer room of the Teatro del Libertador San Martín  in the Cordovan capital. In addition, in these 13 years of career there is also an ex-Beatles: they  played as backdrops for Paul McCartney at Mario Alberto Kempes stadium in  Córdoba  , on his tour 'One on One', which arrived in Argentina in 2016. “Some songs were premiered in front of 40,000 people, nothing less,” recalled violinist Gabriela.  They also accompanied other artists such as Luis Miguel,  Charly García ,  Bajofondo , No Te Va Gustar, Bersuit Vergarabat, Agarrate Catalina, El Cigala and Omar Mollo, among others.

Earlier this year, a pandemic, Las Rositas managed to perform a Patagonian mini tour called “Electroshow”: the participation of local dancers, Mario Wedekindt and Juan Viñas, as guest musicians, Diego Vázquez in choreographic direction and production.n, Pablo Nunez and Ruben Petrucci.  They were also appointed as cultural and artistic ambassadors of Trelew  by the municipality, through the Ministry of Tourism; and their music has reached concerts in Latin America and Europe, such as Italy and Spain.

For lovers of new sounds and articulation with traditional music, Las Rositas  Tango  is not only a musical show but also aesthetic, as they make up a great power above of the difficult stage to find: whoever is going to see them will not meet two seated and serious women:  the energy passes the strings of the instruments and the voices of Gabriela and Cecilia ; their guests and the audience vibrate next to them from minute zero until the applause end and the hugs of congratulations begin.

In their social networks you can see how this project has matured: from small amateur productions to large self-managed and professional shows where each movement is thought out and with the articulation of great professionals from other areas, not just music. The local and national scene is mutating and enjoying this great duo that is Las Rositas.