Home Argentine Music Lali: “I just want to conquer the audience who wants to listen to me”

He published his new album “Libra” days ago and is finished filming in Spain. During a work break he explained his present professional. Exclusive interview, part 2. 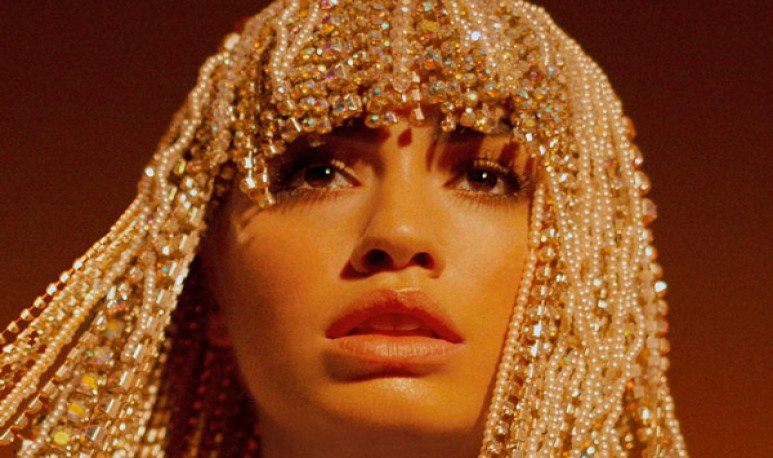 He is the Argentine star that makes great impact with his artistic plays, his new play “Libra “is barely traveling a month since one night surprisingly emerged to the platforms altering this “new pandemic normal”. In extensive dialogue with “Ser Argentino Com”, the television actress of “Esperanza Mia” analyzed many topics of enormous interest

Many female figures speak of the minded “empowerment”. While violence continues and no one manages to control it, there are also figures who use the subject to be present in the media. How much is there of social consciousness and how much of opportunism?

Lali: I  was listening to you, Gaby, when you asked the question very well and felt that you have to take advantage of all the possible and existing places to make these questions. With regard to the second, “there is everything in the lord's vineyard”, there is a little bit of everything, I think the real commitment gains, the honest, the balance falls almost very strong for one side only. The pose on this subject and in all, is the pose, for me it is noticeable, from the subject of feminism, what this current and its bases mean. The pose also looks and if you don't see it is because you're half in pose too, I feel like that.

One of the singles of your new album called “Laligera” awakened some controversy about the title. How did you live those second readings of the song?

Lali:  It is a good consultation in these times, as far as I'm concerned, it is a necessary, genuine, defining search that has no turning back.There is a large group of people who are very respectful as it should be, looking for their rights, so that things at this point in life begin to become more egalitarian and equitable in all laburans. The title of this topic has a depth, it's not just a pun with my name. Many people just when the single came out told me “che, but you yourself admit that you are “light””, but far from being quiet, I answered “what is wrong with being light?” is to be someone very light, who goes quiet and fast through life with their skates, as the cover of the published single shows, so... why is something that is light and beautiful but if it is “light” has a negative connotation? I feel it's a contribution from music that I say on this subject.

You went from being a Spanish-speaking star to conquering other spaces on the globe, becoming an “international star.” How do you detect which ones can empower you as a global artist and which ones are much closer to opportunism because of the scope you are achieving in the face of each action developed?

Lali:  (it's been several seconds before opening my mouth) I thought of a lot of situations. This shouldn't be recorded... or yes, the truth is, “the ass warns you.” That's the answer I have to give you. My ass warns me, “this ass warns me” (laughs and can't help it for several seconds), warns me. You have there what catches you about a project or not, far from deciding things just because “well, I'm at such a moment.” It is to see if you feel something about it or not, then there I rely on something much simpler to choose what I do and what is not, “what is the ass,” is a good sensor. It happens to me like that with songs, sometimes they tell me “you have to do this song because it's the artist who comes”, and if I don't like the song, it's gone from saying no to artists, there they say “You're crazy!“, it's like that, maybe nothing happened to me with the song, period.

Changes and constant mutations of an intense artistic DNA

Your fourth album marks an abrupt change of musical concept, you puzzled the specialists of the pop world. Another strong mutation of your professional DNA, right?

Lali:  It's true, that's something that defines me a lot, muto a lot in life, I'm not afraid of that person who was thinking one thing and now I think another, with regard to something about the essence, very of your ethics, your morality, your heart that will always be like that. But as far as art is concerned, I am very eclectic, very strange and incredible things happened to me, very different from each other, very bad things happened to me personally, very good things also in that aspect. That mix made that when I entered a studio I didn't just look for everyone to like the song, I wanted to reflect how I felt that day.

No one dares to doubt your ability to achieve great success in the things you year.What goals do you set yourself knowing that you can achieve them?

Lali : That I know, you don't know if you're going to get it but it goes to the front, I always like the challenge, I like to feel whether it's going to go out or not, I always did everything with that imprint. It's like having the imprint of showing safety, making it safe, but also deep down thinking, “How the hell is this going to go?”. You always ask yourself that question and it's okay, I feel that by doing it puts you even in an innocent place, it's that illusion that you should not lose, it's something I never lose.

In 2019 you took a great tour of locations in the United States. Was the idea of conquering an audience that didn't know you too much traumatic?

Lali:  No, it wasn't in my head this “want to conquer” thing either, I want to conquer the audience who wants to listen to me, the truth is that. In 2019 I started it singing with Mau and Ricky in Times Square, nothing more and nothing less, such an experience, for me are conquests that go one by one. It didn't overwhelm me later saying “well, now this tour in the United States,” I was like a girl with a new toy, she also came from recording with a queen like Thalia. It was my first tour of the  United States , in places I never really thought, never, that I was going to play like Nashville, Chicago, Washington, New York, those were places like very impressive. It gave me a lot of real intrigue, from the purest of an artist, who at one point is starting to play in certain new places, I had this “who's going to see me?”, “what is the audience I'm going to see my face in Nashville?”, for example.

The constant memory of Freddie Mercury and his legendary band Queen

In our last interviews we talked about your passion for Queen. At the end of 2018, the successful film “Bohemian Rhapsody” was released, about the life of Mercury, a film that won four Oscars and two Golden Globes on its tour. Interestingly, they released it on Argentine open tv a few Sundays ago and measured very well before  Jorge Lanata 's show. What reading did you allow yourself to make of that realization?

Lali : At first it hurt me to remember that, didn't it?It's good. The film is great, I love  cinema , deeply, art, everything that concerns cinema, beyond everything that has been invented and we can take out to watch movies. I think it's a beautiful film, what Rami Malek does in that film is simply amazing, it's really fine, then as a fan of Queen and Freddie, I didn't feel like it was a film about Mercury, I didn't feel that much like that. It's very told everything upstairs, that he worked at an airport, then a couple of things, and there's Freddie Mercury.

So there are elements of plot structure that didn't persuade you?

Lali:  It's not so, but I don't see a punctual film about a guy who was so pioneering, so deep, that he did things in study that no one had done, that he got sick from what he got sick at the time. He was someone who represented so much for the gay community, today the LGBT community has much more freedom to communicate what happens to him, what is suffering, things that are not accepted, he did it at the time. All the secrets he had, which we can now know, at that time were very deep and very rich things, everything he lived with the drug. In some ways the film was done to me something very “light”, I also understand the decision that it should be an ATP film, I understand it, I would have liked the story to end in “Bohemian Rhapsody”, but not to say “the life of Freddie Mercury”. I saw her at least three times, with a lot of pochoclo, in the final part I always cry, then I get more exquisite analyzing it because honestly I am a very fan.