The record work presented by the teacher and artist Tucumana Viviana Taberna is now available on all digital platforms. 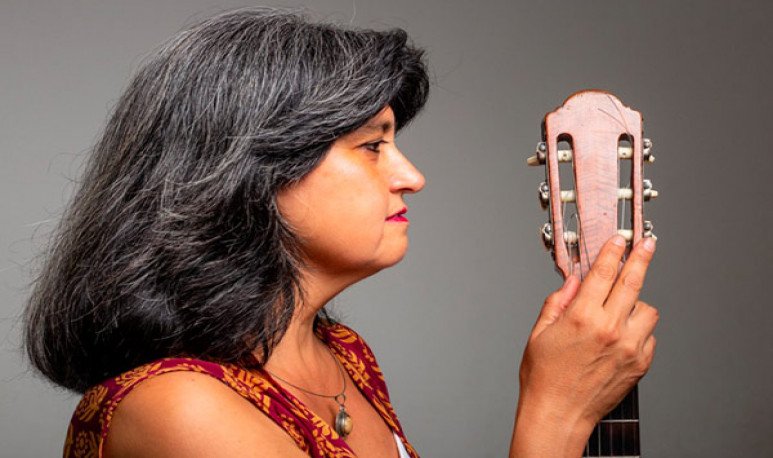 Viviana Taberna  is  a Tucumana , teacher and has an extensive artistic career. On November 10, he released   En mi roít  , his first record material as a solo artist. With a range of songs, the album covers different regions of Argentina, through different rhythms, such as the zamba, chacarera, vidala, dancelito, tonada, cueca, and with guests of national renown.

“ If it comes to be tucumana ” was attended by Franco Luciani; “Juana Azurduy, with the power of the cueca; vidala enters the “Canto a la Teresita ”; “Zamba del arribeño”, with the participation of renowned artists Juan Falú and Néstor Polisoria; “ The song is urgent ”, embodied in the work of Teresa Parodi, which was recorded with the Children's Choir of the Municipality of Tucumán and directed by Mariana Stambole.

This album was the product of two intense years of work and came to a recording style after being released on a live show prior to recording in December 2018.

The  artist  told the local press that, for her, the records are like the people, the music and singing that are embodied in them transfer it to their creators, their makers or to who travel with their voice, instruments, poems, music and art. Regarding her album she said she was delighted that her audience can find her through this album, her voice, with all the songs that make up this new work that, with such passion, she managed to perform. He also argued that this material has not only a large repertoire, but also great guests. In this way, whoever listens to his songs will know a little bit about it, his roots he just chose as the name for his new record work.

At the moment,  Taberna  faces the procedures to register the production and is also in the search of specifying the physical disk. In the meantime, you can already enjoy your songs on all digital platforms.

Regarding why he chose November as the ideal time to launch  In my root,  he said it was because it is the month of his birthday, also because his grandnephew Jerónimo Lisandro was born, to whom this album is dedicated and to all the babies born in 2020 and were flooded with life and love to a year so convulsed by the pandemic, that is, everything converges on the idea of birth, life, root and birthday.

Once again, artists show us that, despite the pandemic, they continue with their art, they have not stopped producing as on other occasions we have already told you.Of course this year has been difficult. Even the artist himself held it when she said that releasing an album taking into account the current context is not simple, but she said it was possible to enjoy something that was pending that is to produce an album where she is the executive producer and the  singer .

Finally, the artist Tucumana, after a hard work with her team of professionals, commented that it was an honor to have shared with renowned guests on her album. It is also proud to have its collaboration and even more so have a 100% Tucumano dyscrographic seal.

Viviana Taberna  is a teacher in  Tucumán , and has an extensive artistic career. He is a singer, instrumentalist and guide in different choirs in the province and in folk groups. He also acted as a soloist in “Ciclos de música Argentina” directed by prominent masters.

She was called by the National University of Tucumán (UNT) as a soloist to perform the “Misa Criolla” within the framework of the Mega Christmas Concert with all the University's Stable Corps. He has shared the stage with renowned popular music figures inside and outside the province, including Juan Falú, Miguel A. Estrella, Rubén Lobo, Sandra Mihanovich, Alberto Rojo, Chivo Valladares, Victor Heredia and Luis “Pato” Gentilini.