Ariel Arroyo, a musician whose folklore exhumes Patagonian identity, presented his video “La Patagonia Rebelde”. We tell you what it is. 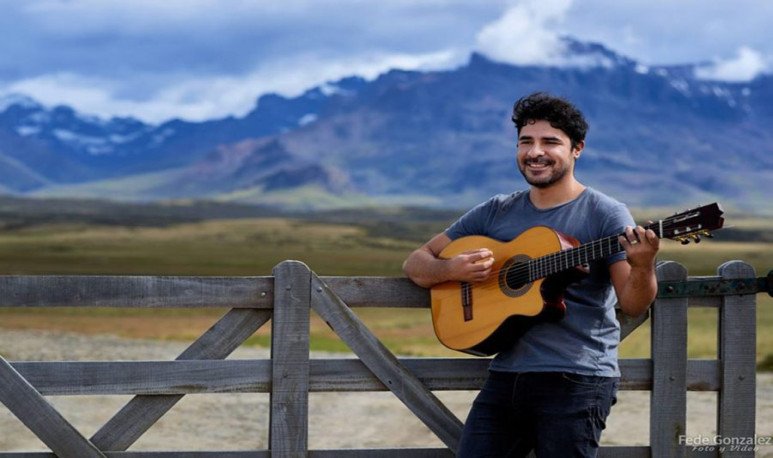 To the south death foreshades

By the border, your curse

Galloping in flight prisoner of fear

When a bullet response

Bury the strike at the foot of a coirón.

Ariel Arroyo was born on November 28, in the coal basin of the Rio Turbio   , southwest of the province of Santa Cruz.   In April 2020 she presented her video on the song “Patagonia Rebelde”.   This topic belongs to your album   South of Heaven   , from 2016, and   the video features the participation of the late writer Osvaldo Bayer.

The video clip was done on a lung.   The singer did not have money to pay for his edition, so   he did it, directed it, produced it and edited it himself.   The first part of it was filmed by Josefina Chevaliery; the rest of the video, with Juan Cruz Mansilla and Daniel Arroyo.

The filming begins with the singer arriving at Bayer's house,   known as “El Tugurio”. While Ariel prepares to play, the author praises his song.   Between returns, Bayer tells you about the dark episode of our Patagonia   and the recording that serves as a prologue is heard:

Rebel Patagonia. 1921.   Rural pawns in Santa Cruz are on strike calling for improvements in work.   They earned so little. English ranchers ask Yrigoyen to send the army to repress 1,500 rural pawns shot.   Facon Grande, Don José Font, when he was shot he shouted “That's how you don't kill a creole.”   There are the empty graves.   But the memory remains forever.

Because Rebel Patagonia, also known as “Tragic Patagonia,” is the name called the struggle of anarcho-syndicalists who, between 1920 and 1921, staged a strike in what was at that time the Patagonian National Territory.   Violent repression is one of the deepest scars in the region.

The musician behind the song

It is not surprising that Ariel has dedicated his creativity to this historical chapter:   this singer's devotion to Patagonian landscapes and history is palpable in each of his lyrics, in each of his melodies.

His first album South of Heaven (AQCUA label) was declared of Cultural Interest by the Senate of the Argentine Nation   and consists of its own repertoire. He was accompanied by the creative contribution of Milena Salamanca, Peteco Carabajal, Eduardo Guajardo and Carlos Moscardini.

Among his latest actions, the artist summoned a “Solidarity Festistreaming” to gather food for the local residents     of 28 November.   To assist those neighbors who, because of the Social and Compulsory Isolation measure, have been unable to work or bring money or food to their homes.