Vilma Palma is much more than La Pachanga. Get to know the story of one of the first booms bolicheros in Santafesino rock. 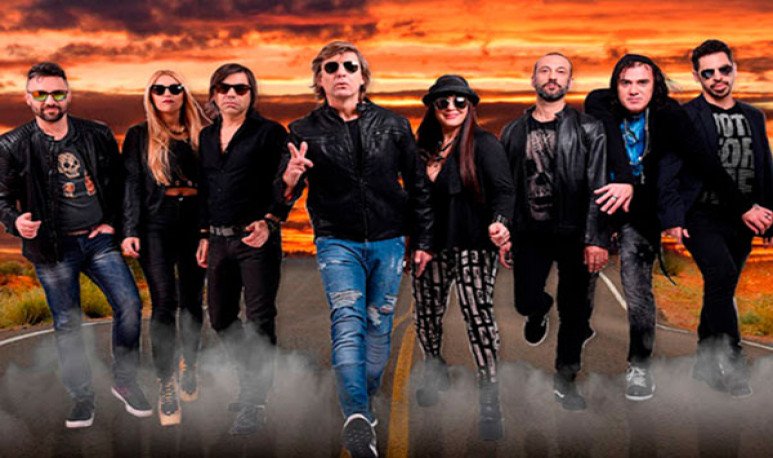 Still, in the  bowles  (or the records, depending on the part of Argentina you read to us), there is a moment of the night when “La Pachanga” sounds. I say “still”, because those of us who went out to dance between the late 90s and the beginning of the first decade of the millennium were already laughing at this custom. The striking thing is that this song by Vilma Palma e Vampires,  the Rosarina band, was a hit in the early 90s .

Founded in 1991, this Rosarina band is, together with Enanitos Verdes,  the only band from the interior of the country that manages to transcend the national sphere and achieve success in Latin America.  This is, at least, in the 1990s, the most important of the pre-internet and social media era.

The pachanga came out in 1992. The Rosarinos were the revelation with 120,000 plates sold.  Despised by the Argentine rocker world  , their challenge was to overcome the label of “summer band”. The second album,  3980 (1993), was also double platinum and consolidated the success with the Latin American tour, with 115,000 spectators in total. In 1994 they signed a half  million dollar  contract with EMI for three years. Growth was felt immediately:  the 1995 American tour gathered one million hundred thousand viewers and managed to  sell 600,000 records in Mexico.

The band broke up in May 2001, but El Pájaro Gómez and Largo Pugliani settled in Los Angeles and, in 2003, released a new album.

In 2007 Vilma Palma reunited to give a series of shows reminiscent of the group's greatest successes. This is how they record the CD+DVD Greatest Hits Live in Buenos Aires , to which they added two unreleased songs and  released to the market in 2008 with great repercussions.

The band reemerged with a 2010 full of  shows . Nearly three decades after his formation,  in 2018  Vilma Palma e    Vampires  returned to his hometown  to present  Boomerang , his new record work. The occasion served to  review all their great successes that the Rosarinos wanted to hear again.

Teenagers have him as an idol to the Bird, singer and leader. “ They yell at me that I am fat at the recitals and I shout laughing , but I love it, that's what keeps me alive,” he confessed at the time.

Undoubtedly,  one of the questions that this group encompasses is its original name . In this note we tell you how they got it.

When they started performing, the band had no name. That was a very difficult issue for them, as they didn't decide. In Rosario,  employees of a newly closed furniture store  painted graffiti on the windows in  protest against the manager  , and wrote: “Vilma Palma and Vampire Sons of the Workers.”  This graffiti was erased over time and only the  words remained: “Vilma Palma e Vampires”.

Today, Vilma Palma e Vampires  is still an Argentine rock and pop band well known throughout Latin America . From 1990 onwards they have been forming a career with great successes. We already talked about “La Pachanga.” But “Red Auto”, “Te quiero tanto” or “Transvestite” are still played daily in noventosos compiles and guitars. The Rosarino group sold over a million copies. Vilma Palma and Vampires have  a very successful career , as over time they have become a major  influence  of Spanish rock worldwide thanks to their unique sounds.like rock, pop and Latin rhythms.