Whether from Mafia Records or Mafia as a human group, the Pampeans have to talk on the rock circuit 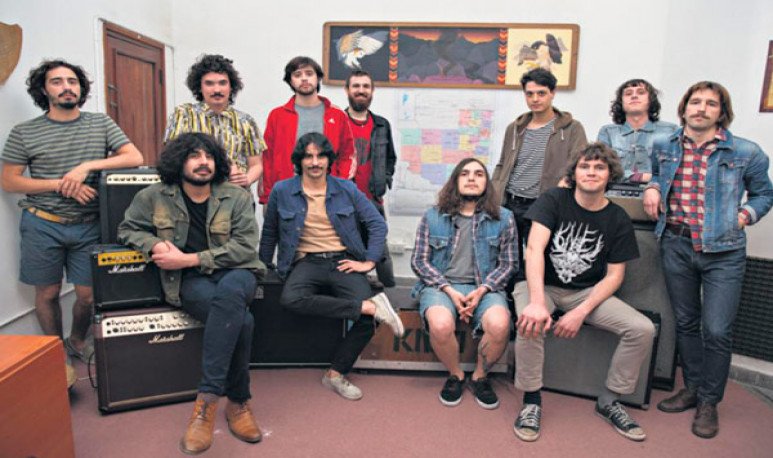 The cultural poles of the most numerous cities in the country have always marked the music agenda, both in the alternative and in the mainstream.  The musicians of the interior with growth objectives had to join the circuits of Buenos Aires or, hopefully, Platenses. However, in recent years (specifically after the Cromagon tragedy), the industry began to federalize.  New poles, such as  Neuquén ,  Cordoba ,  Mendoza  and  La Pampa  , emerged from the bowels of the garages and the quinchos.   Meet “Mafia”  : a record label, a machine for producing rockers, but,  essentially, a group of pampas friends  .

The Mafia, as a group of people

The Siberians, Las Sombras and Knei, the three bands share musicians and are 100% Pampas industry. They all made their  first steps in their province, followed training in La Plata and settled definitively in Buenos Aires . In the city of fury, they linked even stronger in “Las Cofra”: houses in which they lived in  community, harmony and much, much rock.

In addition to these three, there are other bands such as The Ceremonies and, most recently, Lethargy. There,  the Pampeans follow their magic, but mixed with musicians from other provinces and the capital . If the quartet represents Cordoba, the cumbia a Santa Fe and the chamamé a Corrientes,  the Mafia have become the ambassadors of Pampean rock.  Without a direct proposal, these three bands  have been installed on the alternative to the commercial circuit with a unique imprint  . The Pampa is in their DNA, it can be seen from the first chorus. Ballads, rockandrollles “old skull” and powerful riffs mix among the songs of these virtuous musicians

The Mafia (discs), with hands to work

The mafia, in itself, is the transverse axis of the Pampas. In charge of multifasectic Pablo Villamil,  Mafia Discos is a record label, but also works as a producer and distributor . Disco, cassette, album, tour, promotion, catering, and  all the etcetera that comes with rock, go through the shadow of this organization . His first releases of tangible material were Knei III live and La Puerta del Sol cassette, a 2011 album by the same band.

The rise of the label comes with a good excuse: bringing Knei's vinyl from Berlin. The last cassettes came from Poland, which gives the  label an international badge more than interesting.  Some of the bands under his tutelage toured Uruguay, Chile and Brazil and established good ties. They speak for the Back and ORO, historical Uruguayan groups, made good crumbs with the Pampas. Little Butterfly Records, others who have been working in the neighboring country for years, also set up a constructive bridge.

With regard to live, at the Jockey Club in Santa Rosa, the Mafia said goodbye to 2019 big: mega festival and party all night.

Mafia discos is about to be patented and official, but it's much more than that.  It is the essence that passes through a group of people who are very close , who support and estimate themselves in an exemplary way. Also, it is the complete demonstration that the  federalization of music is happening (at last) in a centralized country .