We tell you the story of one of the Cordoba musicians who delights all his followers with his singing and compositions. A day like today... a melody was born in the heart of the Cordobés. 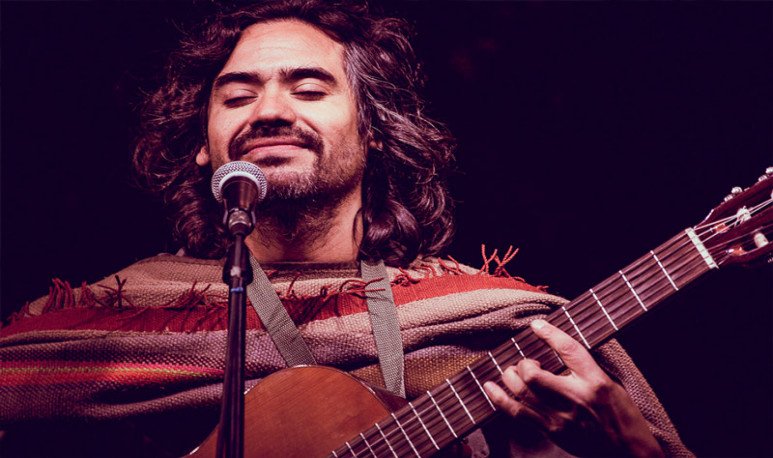 José Luis Aguirre was born in the city of Villa Dolores,  located to the west of the province of Córdoba, in the Traslasierra Valley region in 1979.   His talent as a singer and songwriter placed him  on the podium of Cordobés folklore.  Throughout his career he was adding followers, without wanting it, just sharing from  its essence the melod& Iacute; as  they were sprouting from his chest.

Once upon a time there was Joseph

During his childhood he showed an inclination towards art,  learned to love and  play Argentine folk music  in family reunions where his great reference was his uncle Oscar,  the musician of the family. In his adolescence he began to have contact with the artists of  the bohemian dolorense  and there he discovered the wide world of music. Little by little, he opened up to other musical expressions and encouraged himself to  compose his first songs.  In 2001 he arrived for the first time in the City of Córdoba,  with the definite intention  of devoting himself to  music as a trade and lifestyle.

There he integrates the group  “Los nietos de Don Gauna”  with whom he recorded his first album of the same name. Throughout all the songs that make up the album the love for its terroir and its people is expressed, a  label that has marked all his work . With this training  he had a presence in the big stages throughout the country,  having great arrival to the university audience in clubs and meetings. He was also becoming known in  the atmosphere of independent music.

Once established and installed in the city of Córdoba,  he begins his solo career.   In 2008 he recorded his first album called  “Pinturas del pago chico”  a work that expresses nostalgia in the absence of his native landscape. In 2010 he won  the Revelation Award of the National Folklore Festival in Cosquín in its Golden Edition.    He won the award with his cueca   “La transerrana”  song that expresses  the geographical reality of his land,  where two regions are mixed, Cuyo and Có rdoba.

In the following years he left the city, to return to the mountains of Córdoba, this time to the Paravachasca Valley, where he recorded his second solo album  “Gajito i' luna”  (2013). In  this work he celebrates the return to earth, love for children and the struggle for life.   With this album , he is consecrated as the winner of the award of incentive to music of the Municipality of Córdoba. It was also chosen as the best album of the year by the most important and well-known newspaper in the province  “La Voz del Interior”.

In addition to his solo work, in parallel he was a member of  “Palavración de la Tierra”  with Mery Murúa, Juan Iñaki and Paola Bernal, until today he integrates with Ramiro González the “  Amicho Duo”.  During 2016, after a tour to Chile and Mexico, he recorded his latest label  “Amuchado” , which was presented at the Cosquín Festival 2017 and is characterized by its sound and combined arrangements  to the performance quality of  the band's members, great musicians.

2018 began with  a tour of 25 concerts and festivals in Córdoba and La Rioja,  his presentation at Cosquín 2018 had repercussions nationwide. In March he performed two concerts with  tickets sold out at Cocina de Culturas , and sold out tickets at Xirgu - Espacio UNTREF in Buenos Aires. Among other occasions when he found himself accompanied and surrounded by his  faithful followers.

José Luis Aguirre ceased to be a secret talent,  to become  in recent years , a voice recognized by the popular imaginary.  The screening of his songs  crossed rivers, mountains and diverse landscapes.   His five albums are part of the prestigious catalog of the label Años Luz Discos and his melodies continue to grow in the chest of those who listen to them. That's why, and for much more we wish you