Home Argentine Music Jairo: “Next year I will be 50 years of my first album and there will be a celebration”

The singer Jairo prepares various celebrations to celebrate his anniversary with music. New album, national tour and a book.

Jairo has more than 30 albums released, 800 songs, touring the different stages of the country, and the whole world also listened to his compositions, especially  France , his second home.

“All theatres have a special taste, but the Opera Theatre is special because I've been there many times. Even sharing the scene with great artists. But also because the first time I performed was in 1983 with the rebirth of  democracy  and also because I thought that great figures such as Eliz Fistgerald and Charles Aznavour were on that stage among so many others,” says Jairo.

“Recently we were singing around  France  which is a warm place for my family with the affection of the public. We plan to repeat for September and November where we have some more commitments,” said the singer.

“Next year I will be 50 years after the release of my first album (“Emociones” 1970). There will be various celebrations like a new album, a national tour, a book that is my autobiography and a  documentary . I feel very happy and grateful to life, to the public that follows me and to my whole family that has been accompanying me on this path that is happy at times, but which in turn also had difficult times. But I can't complain about anything,” he said.

“And, in recent times, I was pleased to share a historic tour with my dear friend and immense singer and musician like Juan Carlos Baglietto with the show “Storias con voz”. We toured the country with more than 50 concerts, a closing at  Luna Park  and a live disc with DVD included,” he argued. 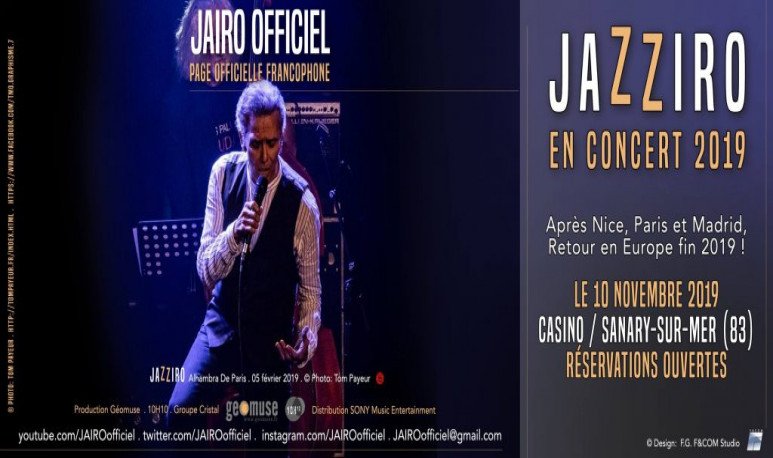