Home Argentine Music It was in april

“It was in April” is one of the great classics of national rock. The story she tells involves a confusion about those who made her famous. 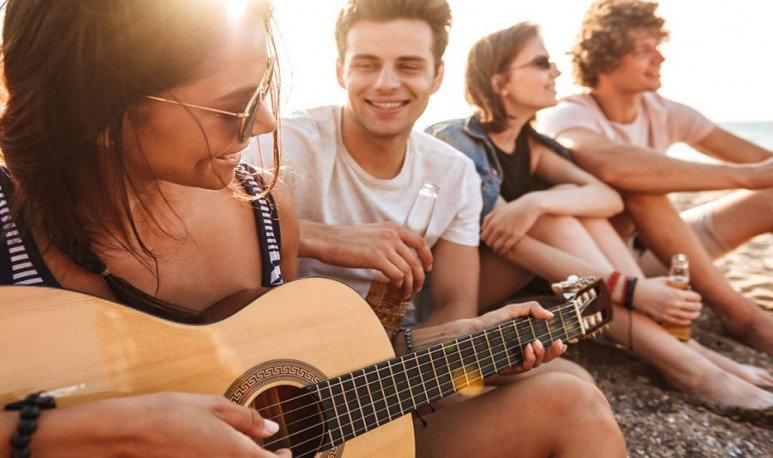 Few   youth traditions   are as rooted and come to pass from generation to generation as the stove. The guitarreada. If at a meeting   boys and girls is there a guitar   , always jumps the one who harangs the instrumentalist to play, and everyone starts to ask for songs. Before, photocopied songbooks were sought, now   the lyrics are searched on cell phones   And everyone sings as they can, between drinks and laughter. Something interesting about this practice is that, although the group is made up of very young people, in these guitarreras peñas   do you end up singing old songs   , many of them, from the founding stage of national rock. “It was in April” is one of those unalaltables   , when he paints melancholy   ... and I depre it too.

The song was released in   Difficult times   , the debut album of   rosarino Juan Carlos Baglietto   . Played as a duet with Silvina Garré who, later, was recognized worldwide alongside today pelado (who at that time was his partner) as one of the exponents of La Trova Rosarina, a movement that strongly marked the   all argentinian culture   .

The aprils of earlier were colder and gray. Moreover, with the mark of so many years of Argentine suffering, between dictatorships and Malvinas. All that atmosphere is breathed when you hear the melancholy “Era in April”.

For many, the singing together of Garré and Baglietto constitutes   the most representative combination of argentinian popular music   . They marked generations and moved thousands of hearts with their mixture of power and sweetness. Such was the symbiosis in its beginnings that, inevitably, the duo also constituted a sentimental couple.

The love among the singers faded. What never faded is the idea installed in many people that this song, that   tells the heartbreaking story of a father   who loses his son while he was still in the womb of his beloved, was written in the wake of   a pregnancy lost by Juan Carlos and Silvina   .

That's about a myth.   A false myth   . “It was in April” is, in fact, one of the masterpieces of another of the members of La Trova:   Jorge Fandermole   . The songs of this excellent composer, who is also responsible for Garré's other hit, “Canción del Pinar”, always gained greater relevance and even commercial success in the mouth of other performers than in his own.