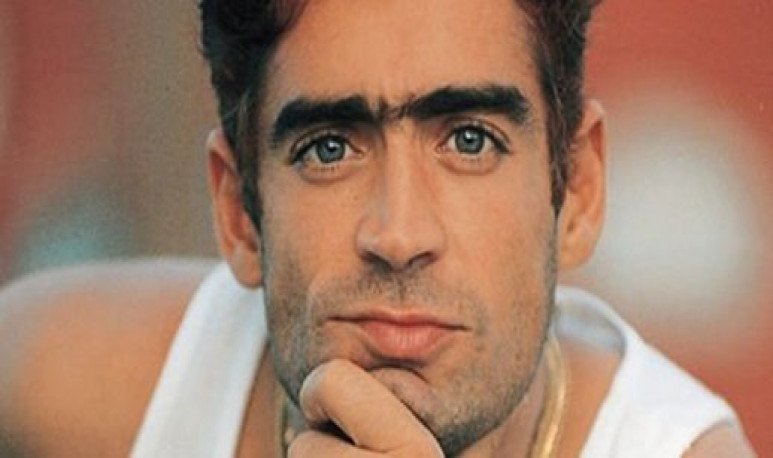 When death comes soon, youth becomes eternal and myth even more. In his 27 years of life, Rodrigo Bueno propelled the  quartet to  the whole country by force of charism and energy: oacute; that even the porteños shout “I am Cordobés” and dance irrepressible to the rhythm of their songs.

What the Mona Gimenez had not achieved was the Colt with a sudden but lasting explosion. He brought some of the  Cordovan essence  to every corner of the country, invaded with joy, color and music even the most reluctant and, at the summit of his success, he left as soon as there was arrived.

Rodrigo did everything quickly, intensely, and left immortalized his smile and his mischievous gaze as a perpetual testimony of his magic. He made the quartet not only Cordovan, but also Argentinean. After all, somehow, we're something alike, don't we?

and I drink it without soda

and I sit in the air

if I have to sing.

From the city of the most beautiful women, the fernet, the beet, dawn

I'm Cordovan, and I'm without documents

because I wear the accent of Cordoba capital.

The year 2000, a life condensed in just the first months

The millennium shift was symbolic for many, they always feel such dates as “portals”, energy becomes intense, accelerates, at least from a subtle or even superstitious place. But for the singer it was not another year. By the end of 1999 he had released “A 2000”, a successful  album  that led him to live an impressive summer season, loaded with presentations, unstoppable. He gave 49 shows in 9 days, in different parts of the Atlantic Coast and other tourist cities in Argentina.

In April of the same year, the myth began to come true: the Luna Park stadium saw it shine, climbed into a box ring he had chosen as a set design. They were nothing more and nothing less than thirteen presentations in a row, “in the thread”, as they say. Each full of spectators who danced every song and applauded Rodrigo's every word. Because if something had The Colt, that was charisma.

When he turned 27, in May, he declared that he was already thinking about his retirement. It was not surprising that despite his youth, a part of him already wanted to take a break. Because the live shows were added press activities, TV programs he went to be interviewed, the photo sessions that placed him on the top of the most popular magazines of the show.

That same year, at the beginning of June, almost as a golden brooch for what preceding the maelstrom in just 6 months, the singer traveled to  Cuba  to fulfill a dream: to meet the star of national football, Diego Maradona and present the song in his honor,  The Hand of God.

Upon returning from his trip, Rodrigo resumed his commitments, but a few weeks later came the fateful day that was going to end his life and that would ignite the figure of myth more passionately than ever.

Both his brother Ulysses, and his son Ramiro today are engaged in music. Each with his style, but it is undeniable that the approach to the profession has to do with Rodrigo. And it's very good that it is. It must turn out to be a heavy backpack at times, the blessed comparison that is always dormant. If you know how to take it, it remains only to thank El colt for opening the doors to them.