Historic Iggy Pop dedicated a very sad lyrics to whom he knew how to be his girlfriend during the 90s. 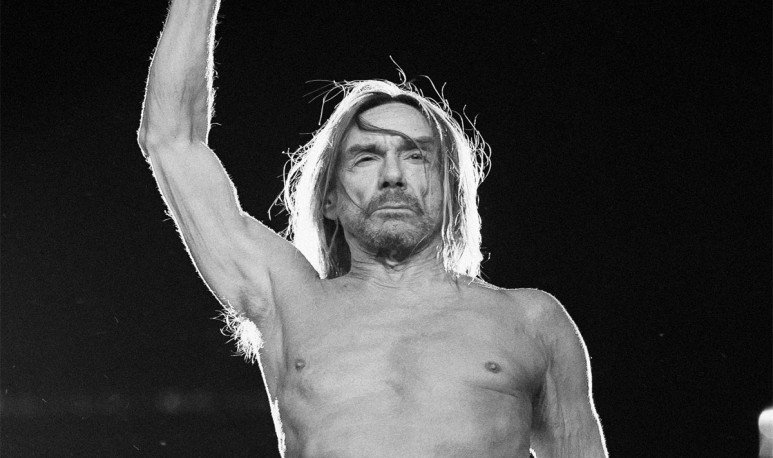 The   nineties  in Argentina was one of the most unbridled and crazy times . Open trade borders and the television of life, coupled with the famous one-on-one, made  the everyday life of millions of Argentines organized on a clear concept: glamour and imported consumption . The city of Buenos Aires was the epicenter of this ninety storm and  the mega  recitals  of rock stars, an unrepeatable pearl.

With Daniel Grinbank as the top national producer, they visited our country (and some more than once) artists of the caliber of The Ramones, David Bowie, Rolling Stones and  Iggy Pop;  the latter led to our stage many times during his career and more than once confessed his passion for the country and its culture.  Such is the affection between our country and the iguana, who was boyfriend with a girl from  Neuquén   for more than half a decade.

Alejandra Carrizo and James Newell Osterberg (iggy, for friends)  met in '93 in the backstage of his second visit to the country . The event took place in Prix d'Ami, one of the city's historic perished stalls.  Within days, Iggy and Alejandra walked hand in hand in Buenos Aires and in a matter of months they moved together.   Romance was always airtight for papparazzis, so it  is not known for sure how many years the bond lasted  . However, a song from the nostalgic 1999 album  Avenue B  lets you guess how painful the link meant for the Detroit artist. In the lyrics of  the song “Miss Argentina”, Iggy dispatches and tells intimities of how he perceived his ex-girlfriend.  In addition, there are  unofficial sources that indicate that it was both the heartbreak and pain that caused the separation, that the artist stopped using drugs for this.

Her skin is copriza and her voice is red Spanish

Her vibe is golden until her anger kills

her She wants the world to see

A body rich in harmony

She rides a fantasy she has not yet tried

looks in all mirrors to check her silhouette

He gave her evidence

Since she was born

That love was her game

She loves me, miss argentina

Although she hides behind her smile

With a lot of style

loves to stay in bed and watch the movies.

She wants a husband who adores and obeys

The moods she enjoys as children

She laughs without shame

Her little brother has a shirt from Ramones

She is shy and sensitive and does not know the

But boy, she can love

She is easy, Miss Argentina

But Venus is a dangerous game

She saves my spirit with a humanistic light

She dresses sexually And she is

afraid of many things How to

She's back with mother now

I tried to keep her but she buried me alive

In love and birth and jealousy And every

But she loves me, Miss Argentina

While she hides behind her smile

blood with a lot of style

She is lovely, Miss Argentina

She is easy, miss

But Venus is a dangerous game