Pablo Bustos is a native of San Luis. The pandemic was not an impediment to his artistic exercise, and in full quarantine he launched his new hit that invites the whole family to dance. 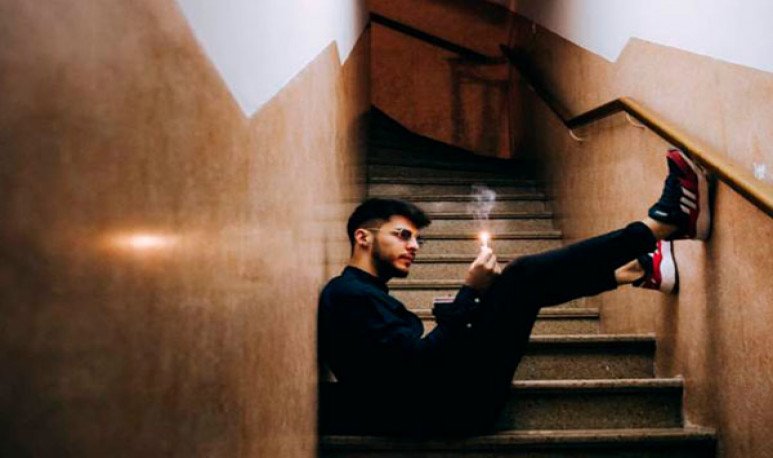 Pablo Bustos , the puntano singer known by the bands Guernica and Niño Esqueje, has not stopped his music despite the pandemic. In July he released the single “En el Aire”. The artist began to produce this song last summer and considered that in these times, where people feel depressed, taking into account the current context, it was the right time to present it.

“I always or almost always have an artistic, capricious need to do things, to be active with the flame lit, then as Picasso said: 'Creativity finds me working. ' I did this song last summer, it already has its maturation time, but it also took its maturation time to make the decision to record it,” the singer told the press in San Luis. He also commented that “the lyrics have several meanings but let's leave it at the discretion of listeners,” he said. The new hit combines a sticky melody, which invites the whole family to dance. In addition, Bustos said that more songs will be coming in the coming months.

Pablo Salgado collaborated in the song in the production, “many cafés together, in recording shyntes and many more datas”; Agustín Ramírez (by Le Ramire and Nafta de Avión), “great musician and brother on guitar”; Alejandro Gamez, “another great friend from Mendoza” with acoustic guitar; Nicolás Riquero (bassist of the Skandalosa Crew), from Mexico, “musician whom I appreciate a lot and we know each other long ago”, in bass and mix of the song. On the drums “we add it to '10' Guille Salort, drummer of great artists such as Wos, Emma Horvilleur, Marilina Bertoldi, Knowing Russia, among others,” explained Bustos.

Art in the time of COVID-19

In this line, Pablo Bustos added: “It was recorded in several places, we started at Pablo Salgado's studio, the drums were recorded by Guille in his studio in Buenos Aires, bass in Mexico at Nico's home studio and so we were working at the distance some things... art in times of COVID-19,” described the successful singer from San Luis.

While the artist is known for the bands Guernica and Niño Esqueje, he bet on a new name as “ Pablo del Fuego” . In July, when he referred to this new project, when San Luis passed through phase 5 of the pandemic, the artist said: “The world is going through difficult times, but art is vital and necessary right now. In San Luis being in phase 5 is a little more feasible to do shows, bars are working with some normal, that is to say there is nothing that prevents artists from doing shows again taking the logical steps that this pandemic forces us,” said Bustos.

With a restless spirit invaded by art, the puntano singer commented that no project was truncated. “I took advantage of the first stage of isolation to do a great introspection, work on songs, cooking and making changes. But I really want to return with this new stage that is  Pablo del Fuego ,” he said.

In this way, the well-known artist in San Luis did not stop in time despite the confinement. “The quarantine grabbed me very well, with work. I have health and family. I found a salary as an educator in a school, with stability, roof and a bed. At this time I enjoyed the silence in the streets, as I live in downtown San Luis,” he added.

In this way, “En el aire” was born, the new theme of Pablo Bustos, a theme that has been very well received by his audience, followers on his social networks and with a touch of festivity to raise the mood taking into account the current context due to the pandemic.