Home Argentine Music “I looked for the mix of sensual with sensory,” Emma Horvilleur said about her new album

He just released his new solo album and considered that in the songs he sought “that mix of sensual with sensory and images.” 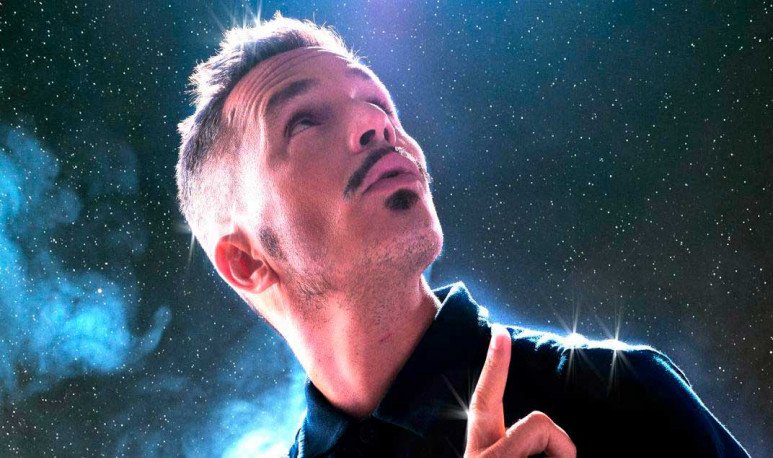 Argentine musician  Emmanuel Horvilleur , who has just released his new solo album “Xavier”, considered that in the songs of this work he sought “that mixture of sensual with sensory and images.”

The plaque is also an invitation to discover the musical universe of Horvilleur - which includes rock, reggae, funk and urban rhythms - under the prism of his personal label, with attention to detail, pristine sound and a dreamlike and absolutely contemporary atmosphere.

After the impasse at  IKV ,  Horvilleur returned with “Xavier”, an album in which he ratifies his mastery of danceable electro-pop with funky colors and other black rhythms.

In times when Bandalos Chinos, Indios, Barco and others are imposed on radios and digital stores,  Horvilleur  returns to remember that he was the one who patented that type of music.

In the song “Welcome” he does it wisely mixing choirs of children reminiscent of those of African style with the base formed by Mariano Domínguez on bass and Pablo González on drums, peeling a copado groove. While Matías Rada's guitar draws all his influences from Stevie Wonder and Prince.

Always accompanied by the winner of several  Grammy  Rafa Arcaute as producer, Emma meets with his disciples from Mendoza the You Signalelo for “Like a fish” that when the chorus arrives becomes one of the feats among Argentines of the most performers. Ema and the Mendocinos bring shine to the track and the rankings because the song is very tasty.

Horvilleur talked about his new work:

What mood did you have when you said “I'm going to continue the album I left in 2010"?

EH: - The mood is actually always the same. I mean, obviously there was an end of cycle with IKV and I had this thing that wasn't inspired to get into a studio to continue a record. I didn't have that desire, I wanted to take my time, look for it, that songs are coming up, going to live them. I also wanted to put together the band and start singing, that was my intention in those days. I don't think I was wrong, that was a good process. On a par with all this work of starting to sing and putting together the band, yes, I went continuing the album and doing processes of getting into the studio with Rafa Arcaute and Didi Gutman. There is also a lot of interaction with the blues I discovered with Andrés Cortés, the guitarist of Lo Pibitos, who is a skinny man who loves his guitaristic approach and also as an artist. And well, he plays guitar for example in Ella Said No. Then also on Stage, which has a more rocky shape. I naturally like a certain thing about blues, there's a natural thing with that kind of music.

Do you live with some kind of pressure every time you pull out a disc?

EH፦  No. Always in my solo stage the last song I play is Radios and it is one of the songs that surprises me, because it is a song that never changes, it is always in those same two chords. It's a song that came to me one afternoon of a weekend, you have no way to accomplish those things. Then I get carried away by what I feel. Sometimes I try to search for more up-tempo songs, like this album Negra Monamour.

Did you have any special soul load when you started recording the disc?

EH:  Yeah, obviously. There is a certain separation thing that is not less.

What did you part with?

EH: - From Dante, being part of a band that is one of the greatest that has allowed us in these years to play again throughout Latin America.

Is it a separation or a stop?

EH: - No, what do I know. The truth is that when we came back we didn't know what we were going to do at the end of the year, we're not all the time thinking what we're going to do. But we also realize that when you face the solo process again, it will inevitably take you some time to tell people again, “Here I am again.” But it's very clear that I don't have to compete with IKV. You don't have to compete, it's two worlds. Yes, when you accomplish things like the ones we've accomplished with Kuryaki, with a lot of work and love, putting a separate point on him is difficult. But well, obviously making music in response to that melancholy is this album “Xavier”, which goes with everything going forward and that puts me back on this stage.

EH: - No, no. I come from a current that has to do... What I imagine has to do with funk or rather romantic singers, like Sade, which is a mine that you play a song about it and transmits you in a spiritual but very sexy way. I love that mix of sensual with sensory and images, capturing images that has to do with those moments that is one of the most beautiful moments in life when you are connecting with someone. Obviously you can be careful.