Trumpeter, producer and leader of Dancing Mood, Hugo Lobo is a self-managing and disruptive musician. We tell you what he's on. 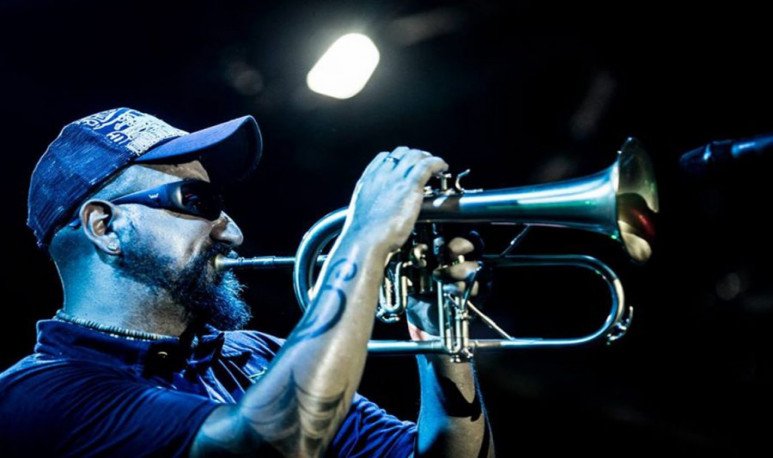 If you don't hear his name, he sure does his band's name:   Dancing Mood   . That, more than a band, is an orchestra that plays a mix of   ska, reggae and calypso   . However, it can be said that it is already rooted within the scene of   national rock   . The creative soul behind all that is   Hugo Lobo   , trumpet player, producer and leader of the group.

The latter compiles a series of simple engravings in his last   tour in London   , in 2018. His “friends” are artists of the likes of   Ken Boothe, Lynval Golding, Winston Francis, Georgia Ellis, Hepcat and King Hammond   , among others, who collaborated on the album.

This one   friday may 8   , Hugo Lobo presents   “Don't stay away”   , the classic by Phyllis Dillon, which the artist recreated with   Carroll Thompson   , the British queen of Reggae Lovers.

Currently, Hugo is working on the upcoming Dancing Mood album, which is entirely produced and recorded by him in his studio “Trovador”. With a deep-rooted commitment to music and social welfare, Hugo Lobo emphasizes the need for public support for   self-managing and independent projects   to keep the music cultural circuit strong.