The voice of Juan Carlos Baglietto is a registered trademark of Argentine popular music. History of a Rosarino and a movement. 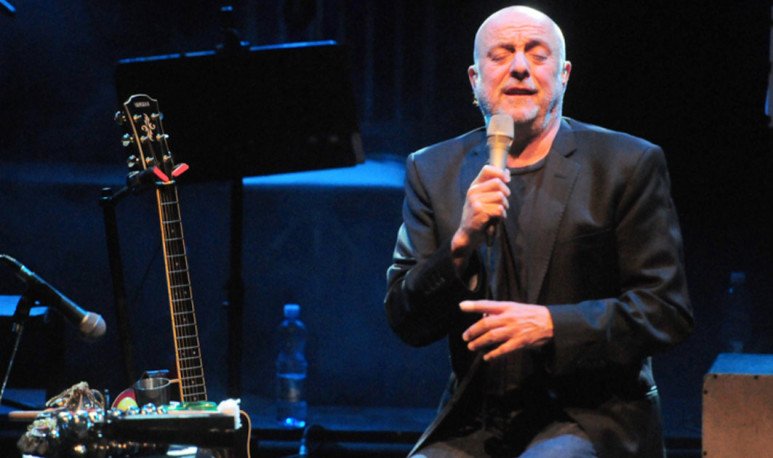 Juan Carlos Baglietto   began to publicize   his voice in his native Rosario, forming the Unreal group in 1977. This set would only have two years to live, as Baglietto himself decided to embark on   a more ambitious project   .

Towards 1981 and with a new support band, he began his solo career and disembarks in Buenos Aires, managing to edit   his first album in 1982   .

His support band was made up of real talents, who years later would have their own shine. They were among them: Silvina Garre, Rubén Goldin, Jorge Fandermole, Adrian Albonizio and Fito Paez.

After the success of his first album, which managed to be a gold record in just two months, selling more than 70,000 copies, he participated in the Rock Festival of La Falda (1982) and released his second album, in less than a year.

In 1983 Fito Páez and Silvina Garré separated from their band   to start their respective solo careers.

Already with four albums, he joined Nito Mestre and Celeste Carballo for the project “Why we sing”, performing throughout the country, to finish the year recording a live album, at the Teatro Astral in Buenos Aires.

Already at this point, his successful career led him not only throughout Argentina, but to   act in Cuba, Mexico, Peru, USSR, Spain, Sweden and the Netherlands.

In 1991 he edited   Postcards from this side of the world   next to Lito Vitale. This album contained several of the most famous tangos, with the particular style imposed by this duo, which would leave three more albums, a few years later. They played several years together, with more than 350 shows under their belt and a total of four albums released.

Almost ten years passed since his last solo work, until November 24,   2006 the great voice of Santafesina took the stage of the Gran Rex theater   , to show his audience his new album called   Know who   ...

Closer in time, his show will be remembered on the occasion of the anniversary of May 25 in 2014.

Already in 2019, the nostalgia of the 80s came back with everything: Baglietto   organized a meeting   with Fabian Gallardo, Abonizio, Garre, Fandermole and Goldín. They performed several shows   and do not rule out projecting some work   joint record record.